The discovery of a massive, 2000-year-old sealed black granite sarcophagus in Alexandria, Egypt in July 2018 prompted speculation that opening it would unleash a world-ending curse. When opened, the sarcophagus was found to contain only the remains of three Egyptian army officers and a reddish-brown sewage liquid, spawning the #sarcophagusjuice meme. 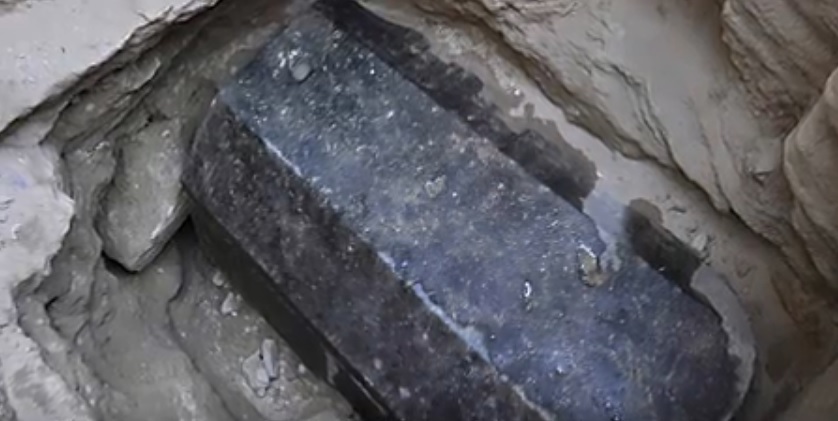 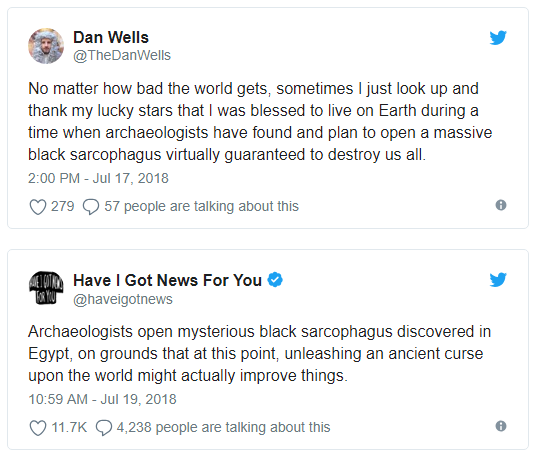 While excavating a 1200- to 1400-year-old necropolis in northern Italy, archaeologists found the remains of a man with a knife blade prosthetic arm. Analysis of the man’s bones revealed that his arm had been removed through blunt-force trauma below the elbow, and that he lived for some time afterward with the knife blade prosthesis in place of a hand.

While the world was still mourning over not being allowed to drink the sarcophagus juice, archaeologists in Saqqara, Egypt uncovered another ancient (and equally inedible) find: the world’s oldest known solid cheese. Protein analysis showed that the 3,300-year-old powdery white substance was likely a mixture of cow and either goat or sheep milk, made into a cheese, which was left in the tomb of an official who served the pharaoh. Scientists warned that the cheese might actually be “cursed” with live bacteria that could sicken anyone who dared to taste it. 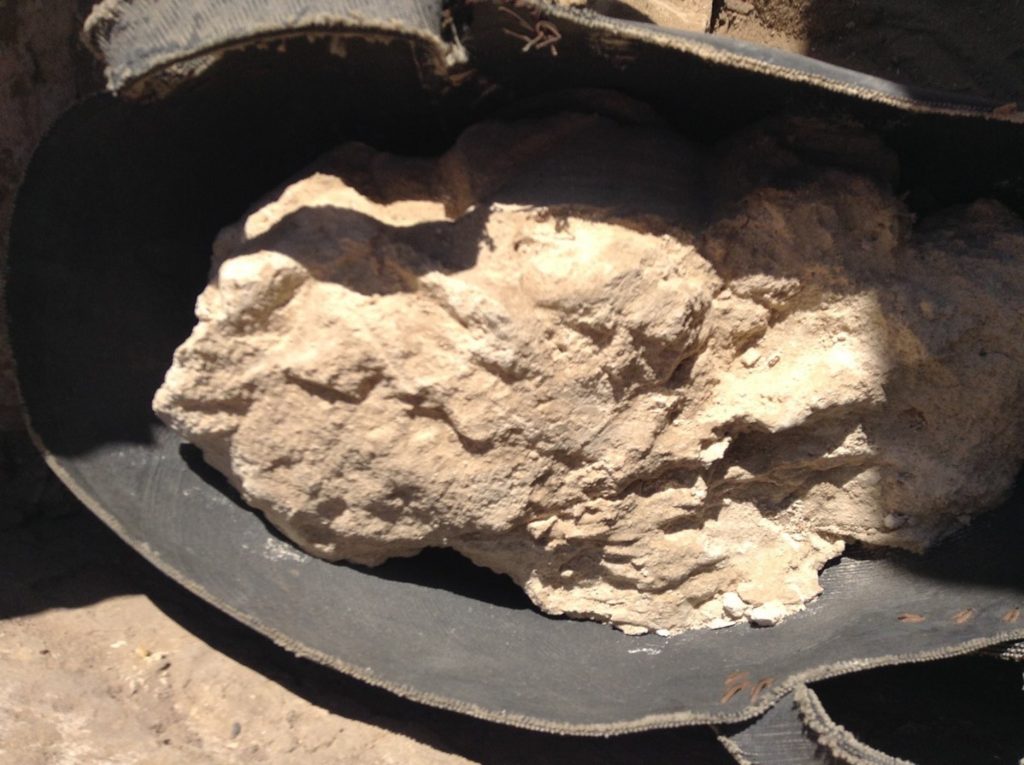 4. Ancient Sites Appearing in the Back Yard

Drought and a massive heatwave across the UK revealed the presence of hundreds–if not thousands–of previously unknown archaeological sites, ranging from neolithic hamlets to massive henges and WWII landscape modifications. These are no crop circles: because disturbed sections of the landscape hold more water than undisturbed soil, the differential drying patterns have revealed the exact locations of buried structures. 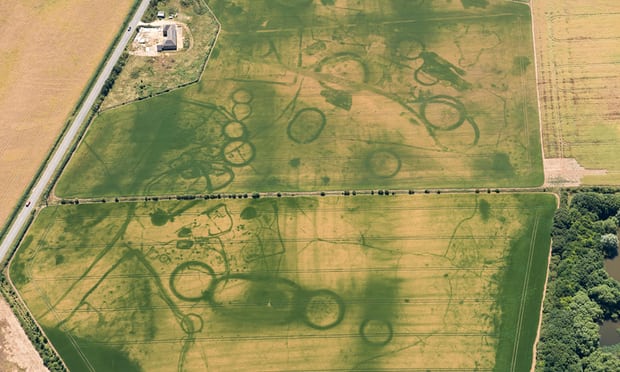 Archaeologists working at Tlalpan, just south of Mexico City, uncovered the remains of ten individuals arranged in a spiral shape in a mass grave. The burial, which dates to the Preclassic period, includes adults, juveniles, and an infant, who were all buried in a single event and left with many grave goods. 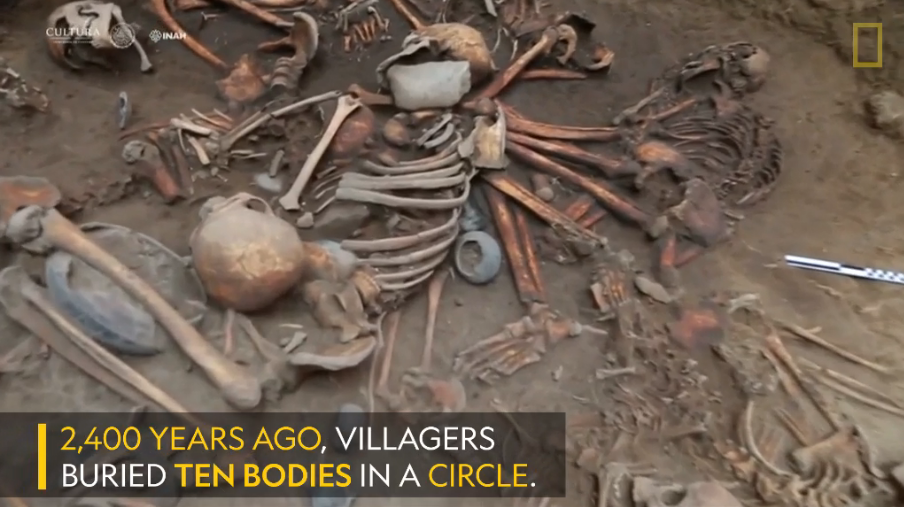 At the Roman fort of Vindolanda near Hadrian’s Wall in England, archaeologists found a creepy, lifelike, miniature bronze hand. The hand may be associated with the worship of Jupiter Dolichenus, a mystery cult whose practices were shrouded in secrecy, which was very popular in the Roman army of the early 3rd century CE. The hand was likely left as an offering after a major invasion of Scotland in which a huge number of people may have been killed. 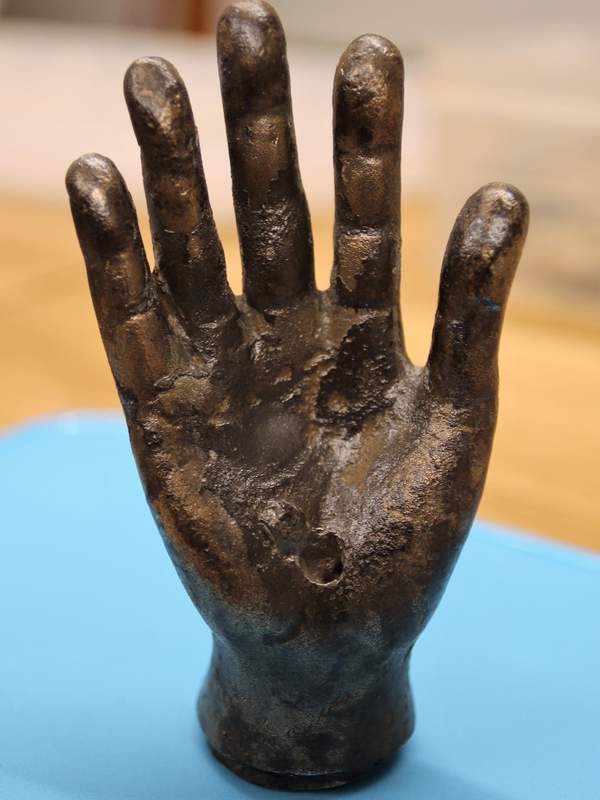 Another mass grave was uncovered in late 2017 on Murder Island off the western coast of Australia. This grave contained the remains of five individuals, survivors of the wreck of a merchant ship called the Batavia, which sank nearby in 1629. Although these five individuals are believed to have died of dehydration shortly after the shipwreck, more than 100 survivors were brutally murdered by mutineers in the following months.

8. The Most Unlucky Man

At Pompeii, the site of Mt. Vesuvius’ disastrous eruption that killed the entire town in 79 CE, a man was found who was thought to have been crushed to death by a massive falling stone. Although archaeologists later found that the man’s head and upper torso were intact, they initially hypothesized that the rock had landed on him as he attempted to flee, hindered by an infection in his leg. 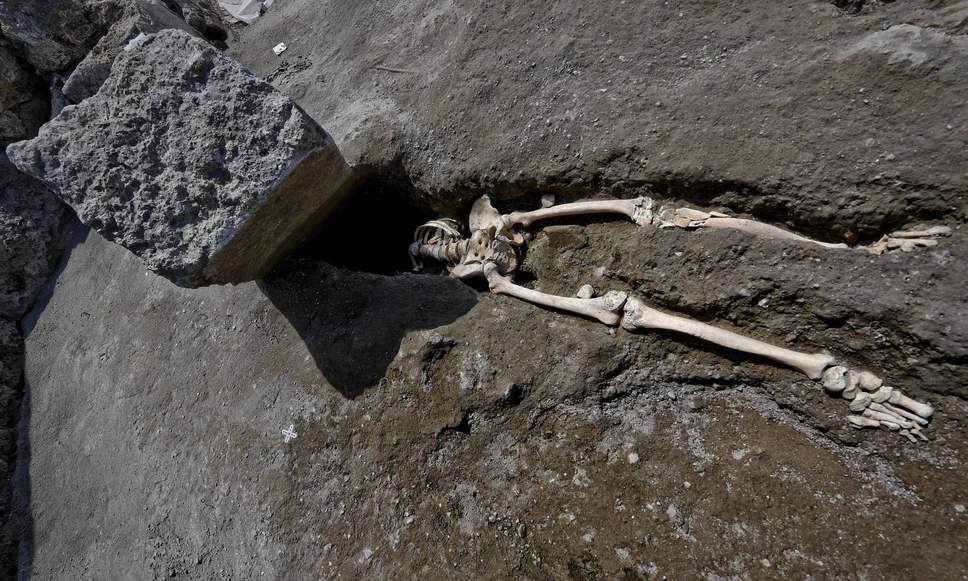 9. The Underground Labyrinth of Death

Using tiny remote-operated robots, archaeologists working at Chavin de Huantar in Peru have discovered a network of 35 interlocking underground tunnels, which contained the remains of at least three individuals that may have been sacrificed in “rituals [involving] drugs, noise and light manipulation.” 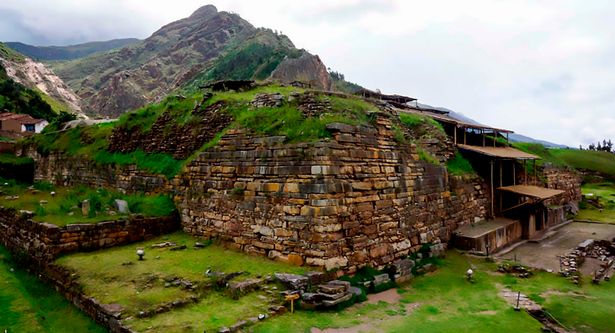 Archaeologists working along the Great Wall of China published new findings that describe a previously largely unknown early stratified society, the Shimao polity. Along with thousands of jade items, researchers discovered that human sacrifice was an important feature of this society. At least six pits filled with the decapitated heads of young women were excavated at the site. 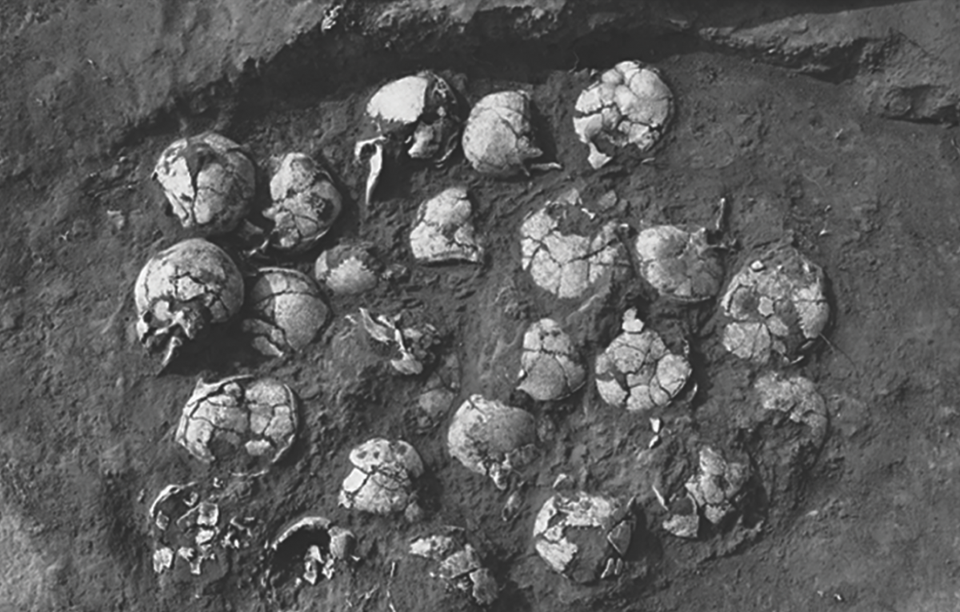