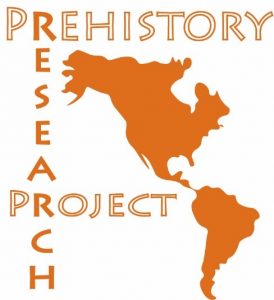 Join the Texas Archeological Research Laboratory and the Prehistory Research Project this fall to learn all about Clovis Technology. Originally associated with the earliest peoples in North America, continued research has shown that Clovis technology is a younger cultural manifestation. Despite this, it remains unique in the Americas for its geographic range and technology. Researchers from the Prehistory Research Project will present on various topics including the history of Clovis research, overshot production, regional variability, experimental reproduction, and blade technology. 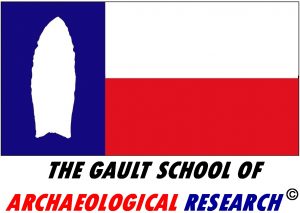 All lectures will take place on Fridays from 11:30-1:30 in Portable 5A outside of TARL’s main building on the J.J. Pickle Research Campus.

Clovis at Gault and in the Western Hemisphere

Robust data on Clovis lithic technology from the Gault site, Central Texas, and other sites suggest an improved concept of Clovis as an archeological manifestation.  Historically, fluted Clovis points have been the operative diagnostic artifact for Clovis which has given rise to interpretive limitations.  When available evidence permits, a more reliable characterization of Clovis emerges from the full technology of stone tool production, use, maintenance, and discard.  This paper will discuss Clovis technology and highlight some of the upcoming talks from the research staff at the Prehistory Research Project.

Blade manufacturing: The Other Clovis Technology

Twenty years ago, Michael Collins identified the presence of a core-and-blade industry within the Clovis technological spectrum. While now general accepted as part of Clovis stone tool manufacturing, blade and blade cores are often under researched. In contrast to the ad-hoc production of long, narrow flakes, Clovis technology demonstrates a specific production sequence to generate a series of regularized blades from prepared cores. This talk will focus on the Clovis assemblage from the Gault Archaeological Site and explore the blade cores themselves. By understanding and examining the reduction sequences, chaîne opératoire, and blade use, archaeologist can explore the larger implications of this core-and-blade industry.

Clovis projectile points were long regarded as the hallmark of the first human presence in North America, although now there is considerable evidence of an ‘Older-Than-Clovis (OTC) technology present. Clovis groups spread rapidly across the continent during the end of the last Ice Age at around 11,500 14C BP / 13,300 Cal yrs leaving behind similar fluted projectile points in all 48 inland states of North America during a period of what could be as little as 250 years, going by the oldest dated Clovis site, to the youngest. As an archaeological culture Clovis portrays a range of variations in technology and the projectile point has often been the primary, if not only, diagnostic means of identifying a particular assemblage as being ‘Clovis’.

There is at present a real need for Clovis as a technological culture to be defined and until archaeologists and analysts agree on what is and what is not Clovis, there will always be a problem in definition due to the fact that some archaeologists and researchers call certain assemblages Clovis and others assign their projectiles to being ‘Clovis-like’, or in some cases assigning different culture or type such as Gainey, Ross County and St. Louis, even though they appear chronologically and technologically contemporaneous in the archaeological record.

A Clovis projectile point typology, defined by ‘stylistic variation’ may go some way in clarifying the issue. In this presentation I will identify and separate some of the variations within the projectile point assemblages from well documented and archaeologically recorded Clovis sites, some projectile points that are in private collections and selected isolated point discoveries will also be included.

Clovis technological behaviors orbit closely around a central design and production system but does contain variability. From both Clovis caches and Clovis sites, ovate bifaces, completed lanceolates, and refurbished lanceolates encompass a spectrum of Clovis behaviors that merit behavioral/technological analysis and experimental support. A preliminary review of examples from the broad physiographic regions of the US, the degree of observed variability, and the implications will be discussed.

Inventing the Clovis Bourgeois: Hyperbole and Periphery of the

(Most People Will Never be Great at Intentional Overshot Flaking)

Overshot flakes and scars have long been considered diagnostic of Clovis biface technology even though there were few data to support the argument. Recent debates in Clovis biface technology raised issue against assumptions countering Clovis’ use of overshot flaking was unintentional. Traditional research approach to Clovis technology often focused on finished bifaces or projectile points, and thus only provided a myopic view of the manufacturing process.  An unusual love for waste flakes inspired a very different approach through reverse engineering to address several issues, specifically the overshot flaking problem.  The Gault Site — a quarry/campsite – was the ideal case study to conduct research on Clovis biface production where hundreds of thousands of manufacturing waste flakes and nearly 500 overshot flakes were recovered from Clovis contexts.  This presentation will discuss cracking the Clovis technology code and overshot flakes and reveal unexpected behavior patterns.  These unusual flakes served a dual-purpose during reduction phases, but an even bigger surprise was discovering evidence that Clovis knappers intentionally used overshot flaking as part of their technological repertoire.