CHW is an umbrella term describing community members who assist individuals and communities to promote the adoption of better health behaviors. They may work for pay or volunteer in association with a local healthcare system. They usually share ethnicity, language, socioeconomic status and life experiences with community members they serve, and: 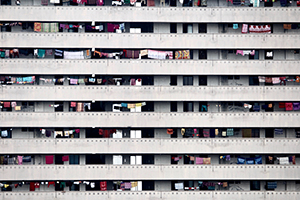 CHWs and their duties are as diverse as the communities they serve, and are dependent on those communities for support. Evidence for the integration of CHWs into the delivery of primary and secondary prevention programs is quite strong, and the need to implement CHWs as part of collaborative intervention teams is critical, given the growing disparities in health care access, utilization, and quality, and the poor management of those affected by chronic diseases. While CHWs do not currently require in-depth education, optimizing the potential strengths of the CHW model in community settings such as chronic disease management for underserved ethnic minority communities requires systematic and rigorous training, including providing state-of-the-art tools, in order for them to be most effective.

Beyond clinical health services, CHWs are often in the positions of serving as community advocates and should also be trained in advocacy, outreach, and cultural competence so that they may communicate effectively to and on behalf of their vulnerable communities.

According to the United States Department of Labor’s Bureau of Labor Statistics’ May 2015 report, an estimated 48,130 people are employed as CHWs nationwide with a mean annual wage of $40,150. Texas is reported to employ about 3,670 CHWs at an annual mean wage of about $39,240 or about $18.87/hour. This is a wage that could boost economic mobility among unskilled workers eventually lifting them and their families out of poverty. Given the innate strengths of CHWs in brokering culture, evidence-based practices, and language in many disadvantaged communities, the CHWs may be the most ideal technological brokers, acting as strong bridges between the “digital touch” and “human touch.” The use of CHWs with proper training and coordination appears to be a viable means of reducing health disparities among members of underserved populations in this new technological arena.

About
Staff
News
School of Nursing