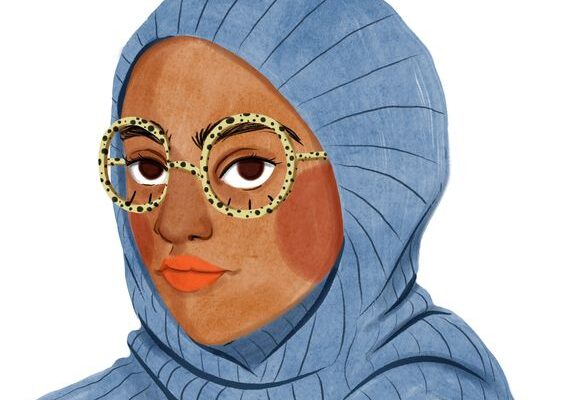 A common thread in lawmaking throughout history has been the policing of what women do with their bodies. From prolific anti-abortion legislation, to the ongoing acquittal of sexual assault perpetrators, to the governments restricting women’s ability to move outside their home, there is unfortunately no end in sight to the list of societal barriers to women owning themselves entirely. Muslim women bear this burden especially heavily, particularly in the realm of religious headwear. For example, earlier this year, an “anti-separatism” bill in France pushed to ban girls under 18 from wearing hijab in public, alongside other discriminatory amendments. This is not the only case of discriminatory law stemming from Islamophobia.

Hijab is the concept in Islam of modesty. While the term is most often used in the Western world to describe a head scarf worn by many Muslim women, it’s truly an umbrella term that also encompasses other forms of modesty in clothing, such as the khimar, another form of headscarf, the niqab, a more complete veil that covers the body, or the burka, a veil that covers the entire body including a thin veil over the eyes. Dressing modestly is an important concept in Islam, and it is first and foremost an act of worship. However, hijab has been the subject of controversy time and time again in the Western world as a result of prolific misinformation and global Islamophobia.

While the U.S. exhibits its fair share of discrimination against Muslim communities, Europe has a special history of oppression. To date, fifteen European states have enacted a full or partial ban on the burqa. France, in particular, has been the site of widespread controversy over this issue. As a nation with an emphasis on secularity, wearing a veil is even banned in public schools. In some cases, these laws have been justified as necessities within certain professions. For example, interpersonal communication and eye contact are argued to be important in a field like teaching, and a face obscuring veil is therefore considered inappropriate in this context. Yet, these arguments lack cultural sensitivity and fail to consider the overstep such legislation takes into the area of personal autonomy and individual choice. And why is it that such laws only ever seem to affect women?

Most recently, in summer 2021, the European Union’s highest court ruled that it was acceptable for employers to prohibit expressions of religion in the workplace, including headscarves. Although the law itself doesn’t mention Muslim women directly, they are the population most harmed. While parts of the world are making strides towards greater cultural understanding, Western lawmakers continue to spin the narrative that Islam as a whole is an oppressive religion. Rulings and laws discriminating against Islamic practices only help this backwards mindset sink its claws deeper into the general public’s perceptions.

Laws like this are a reminder that intersectionality is present in every space, and that the problem goes beyond religious freedom. Just as abortion law in the U.S. persists as one of the most controversial issues, and sexual assault laws continuously fail to uphold an acceptable standard of consequence for perpetrators, Islamophobic laws are another in a long list of systemic structures disallowing women from entirely owning their bodies. These laws also imply that a Muslim woman’s choice to wear hijab is a political one, rather than a personal and spiritual one. In a world where we should be embracing and celebrating our beautiful differences, rulings like this only promote ongoing disunity and discrimination against an already marginalized group.

Fortunately, there is hope. As disheartening as it can be to see parts of the world regressing away from religious and personal freedom, there are always those who will fight back. As a response to the most recent French Islamophobic law banning hijab-wearing mothers from accompanying their children on school trips, burkinis from being worn in public pools, and religious symbols (including hijab) from being worn by competitors in a sporting event, American Muslim women trended the hashtag #handsoffmyhijab in solidarity. Prominent hijabi figures spoke out to condemn the law, including U.S. Olympic fencer Ibtihaj Muhammad who reminded the world that had the law been in place when she competed in France, she would not be the successful athlete she was today.

The fight is far from over. While awareness for the issue has spread through social media and news outlets over the past few months, the discriminatory rulings in Europe remain active nonetheless. Recent developments in the Islamic world, such as the Taliban occupation of Afghanistan, have already caused a swell in Islamophobic sentiment in the West. There is always more work to be done. While an individual commitment to decolonizing our mindsets is essential, it is most important to hold our governments responsible for protecting the rights of all their citizens regardless of creed. Only then will we, as a world, be able to offer our Muslim sisters the respect and autonomy they deserve.