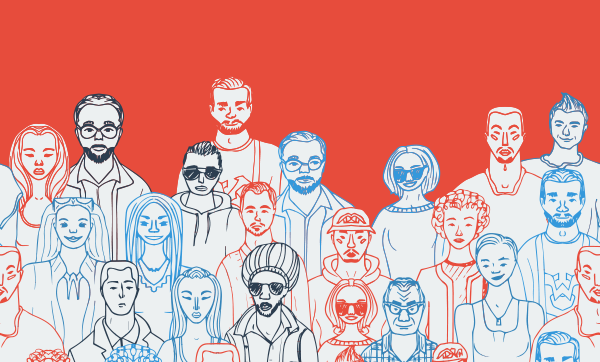 Before the pandemic started, Texas led the nation’s healthcare uninsured rate, failing to provide insurance for 18.4% of  children, adults and women of childbearing age. This rate has risen to a whopping 29% as unemployment increases and the pandemic rages on. According to a 2020 study, approximately 659,000 Texans have joined the ranks of the uninsured, but that estimate will most likely rise as we get deeper into 2021.

So, what do these health statistics mean and why does it matter?

While access to healthcare is a complex and multifaceted issue, financial barriers are significant for individuals accessing medical services. The U.S. healthcare system is not affordable for most Americans without health insurance, which can be provided by some employers, through the government, or the Affordable Care Act (ACA) marketplace. Employer-based insurance is one of the more popular options. According to the Kaiser Family Fund (KFF), 49% of Americans receive health insurance from their place of work. With unemployment rates rising dramatically during the COVID-19 pandemic, many people have lost healthcare coverage along with their jobs, placing greater overall dependency on state-funded insurance and individual ACA healthcare plans.

Studies show that individuals who have health insurance are more likely to use preventative care and have better health outcomes as compared to those without health insurance. Uninsured patients tend to wait until their conditions worsen before seeing a doctor, which can result in worse prognoses that require more costly and extensive treatment. While charity and community health programs serve uninsured patients, they alone cannot fill the increasingly high need for health services in their local communities.

In addition to privately funded charity programs, the government offers public health insurance programs like Medicaid to help low-income adults access healthcare. Medicaid is fully funded by both the state and federal government, and Medicaid eligibility differs by state Eligibility criteria often depend on an individual’s income in comparison to the national poverty level. While the Affordable Care Act (ACA) attempted to expand Medicaid nationally, the Supreme Court ruled this provision unconstitutional. This 2012 ruling allowed each state (instead of the federal government) to decide if Medicaid eligibility should be expanded to adults making up to 138% of the federal poverty level ($17,609 in 2020). Placing the option of Medicaid expansion under the responsibilities of each state has resulted in the creation of coverage gaps in non-expansion states. Many of their residents remain uninsured because their income is too high to qualify for Medicaid but too low to afford subsidies for health insurance provided through the ACA marketplace.

Texas is one of the only 12 states left to expand Medicaid and has the strictest eligibility requirements for Medicaid, which has left nearly 1.4 million Texans without health insurance who would have qualified had they lived in the other 38 states with Medicaid expansion. Many of nearly 800,000 individuals who fall in the coverage gap work in jobs below the poverty line, including childcare educators and cashiers. In fact, nearly three-fourths of the individuals who would qualify are workers, many of which are struggling with reliable employment during the pandemic.

Many advocates suggest that Medicaid eligibility expansion is the best way to address Texas’ record high uninsured rate. Not only will millions of residents get health insurance, studies also show that Medicaid expansion is the budget-friendly solution to Texas’ abysmal health insurance disparities. The ACA requires the federal government to pay for 90% of Medicaid expansion, which would actually help save the state government money.

The recent passing of Biden’s American Rescue Plan Act (ARPA) makes Medicaid expansion an even sweeter deal, providing Texas with an additional estimated $3-5 million “bonus” over a two year period. A substantial increase in federal money coupled with higher insured rates would lessen the financial burden on individual hospitals, decreasing the amount of uncompensated care and lowering the rising rates of hospital closures in rural areas. Studies in other states that expanded Medicaid revealed that other important health areas received more funding such as mental health programs.

An important population in Texas affected by a potential Medicaid expansion are individuals who need women’s health services. With more than 1 in 4 women of reproductive age lacking health insurance in Texas (approximately 1.5 million women), many cannot access important preventative care. Medicaid expansion would allow nearly 761,300 women to obtain stable and affordable health insurance. While uninsured residents qualify for Medicaid if pregnant (Medicaid for Pregnant Mothers), coverage begins only once the parent confirms pregnancy and ends abruptly two months after childbirth. Studies show that consistent healthcare coverage allows mothers to reliably access important prenatal and postnatal care, which is vital to the health of both the mother and child. The inaccessibility of such services for many women in Texas is reflected in the terrible maternal and child health statistics (see previous blog for more information). Furthermore, Medicaid expansion correlates with an average of 7 less maternal deaths per 100,000 live births and 16 less maternal deaths per 100,000 among Black women (as compared to states that have not expanded Medicaid). A lower maternal mortality rate is incredibly important for women of reproductive age in Texas, especially among Black women who experience 3 times the risk of maternal mortality and morbidity as compared to white women.

While women’s health programs exist in Texas, only Medicaid expansion would give comprehensive health benefits to the most women earning low incomes in Texas. As discussed in a previous blog, Healthy Texas Women (HTW) provides limited services to the women who qualify as well as limited choices in providers. While the HTW program emphasizes preventative care, patients cannot get counseling services or see many medical specialists like cardiologists and endocrinologists under the program. The only other public health insurance option is Medicaid for Pregnant Mothers, which, as stated before, individuals are only eligible for during their pregnancy and two months after.

So, will Texas expand Medicaid?

Health care reform is a top priority for the 2021 legislative session. Many advocates are hopeful that Medicaid expansion will become a reality. Texas has several options to pass Medicaid expansion: the governor or legislature can pass a bill, the legislature can pass an amendment that the public will then vote on, or the legislature can design their own Medicaid program with expansion using the Medicaid 1115 waiver. While Texas Democrats have supported Medicaid expansion since 2012, some Republican politicians are starting to change their minds. Bills containing Medicaid expansion with bipartisan support were filed by mid-March and while they were not included in this year’s “Texas House Plan on Healthcare,” TX House Speaker Dade Phelan has expressed his support for the addressing of Medicaid Expansion, which will most likely be debated on in a budget amendment later in this legislative session.

How can you stay involved in these decisions?

The implementation of Medicaid expansion and its positive effects on the health and safety of women across Texas lies in the Texas legislature’s hands, who are supposed to be governed “by the people.” Our involvement in this matter is crucial. You can follow the “Cover Texas Now” coalition of healthcare advocacy organizations and support their “Sick of It TX” campaign for Medicaid expansion. Sign up on their website to receive legislative updates and to become involved in any advocacy activities. Call your state representatives, Lieutenant Governor Dan Patrick, and Governor Greg Abbott. Together, we can help push for Medicaid Expansion in Texas.