You are here: Home / Issues / Fall 2013 / Our neighborhoods affect our food choices and health 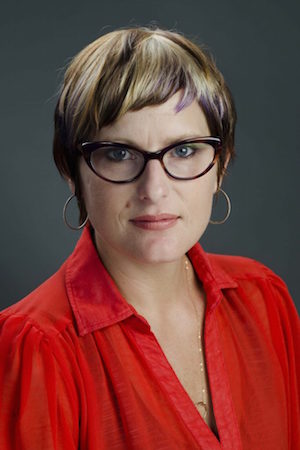 We know that conditions within our homes are important for our health. We might be less aware of the fact that neighborhood conditions can also have major health effects.

Neighborhood environments can be overtly hazardous— for example, polluted or crime-ridden. They also can severely limit the choices and resources available to individuals. For example, an individual’s ability and motivation to exercise and avoid smoking and excessive drinking can be constrained by living in a neighborhood with no safe areas for exercise, intensive alcohol and tobacco advertising, and plentiful liquor and tobacco stores.

A neighborhood’s ability to promote health is closely related to poverty and segregation. It might surprise you that the number of people affected by poor neighborhood conditions in the United States is quite large: nearly one fifth of all Americans live in neighborhoods with high concentrations of poverty. This number rises to nearly half for African Americans while it’s only one in ten among Whites. Even among families with similar incomes, African Americans and Hispanics live in neighborhoods with higher concentrations of poverty than Whites.

Food access is a primary example of how a poor neighborhood can hinder health. In the United States, we are paying increasing attention to lack of access to healthy, affordable foods. We have good reasons to be paying attention to this issue: Over one-third of American adults are obese, and 15 percent of households are food insecure.

Research on food access has shown that, for example, proximity to supermarkets — which typically sell fresh produce — is linked with lower obesity levels. Conversely, proximity to small convenience stores — which generally sell cheap foods high in fat, salt, and sugar — has been linked with higher obesity levels. People with low incomes in rural areas face additional challenges, such as limited selection and transportation, higher prices, greater distances, and lack of nutritional information.

Texas has one of the highest obesity levels of any state, and higher than average levels of food insecurity. As part of the effort to stave off obesity, Texas has participated in two initiatives from the Centers for Disease Control (CDC) that seek to improve community health. Texas Putting Prevention to Work, a program implemented by Texas AgriLife Extension, was designed to develop statewide utilization of schools as sustainable, central community access points for fresh fruits and vegetables and safe places for free physical activity.

In our evaluation of the program, we found that half of all parents surveyed in six low-income, rural towns reported that they were food insecure, and that food insecurity was significantly associated with their obesity levels.

One parent described her situation this way: “I’d like to have more fruits in my kitchen so that I could change my kids’ lifestyle, but because of the economy most of the time I opt to buy the cheaper food that goes further.” Her comment illustrates that economic hardship constrains parents’ ability to provide healthy food for their families.

Texas is currently participating in the CDC’s Community Transformation Grant (CTG) program, which is designed to improve community health through tobacco-free policies, active living and healthy eating, and clinical preventive services to prevent chronic disease. Texas AgriLife Extension is implementing a CTG in a primarily rural, Hispanic county with high poverty levels on the U.S.-Mexico border.

We conducted a needs assessment for this program and found that most of the county could be considered a “food desert,” that is, an area that lacks access to affordable, healthy food; few tobacco control policies were in place; many of the few existing parks were in need of major improvement; and significant barriers existed to accessing needed preventive services. These are all needs the coalition is currently addressing and that we will evaluate in the coming years. Read a story about this project.

Our evaluation efforts highlight the significant challenges that people in poor and rural neighborhoods face when trying to make healthy choices. Some of the lessons we have learned are that people are not generally aware of the neighborhood-level constraints that make it hard to be healthy, and tend to see health as only an individual choice.

We have also learned that strategies to improve community health must be both sustainable and tailored to each community.

Finally, strong commitment from policymakers, the private sector, and individual community members is critical for the success of any initiative aimed at improving community health through making healthy foods accessible to everyone.

Catherine Cubbin is associate professor and associate dean for research at the School of Social Work.