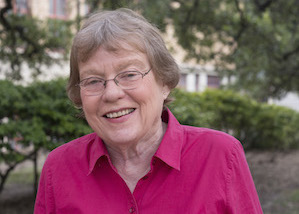 To help combat the epidemic, the Comprehensive Addiction and Recovery Act was recently introduced in the U. S. Senate. This act will expand medication-assisted treatment, increase the prescription drug take-back program, and train and equip first responders with the overdose-reversal drug naloxone.

It is a good start. But more is needed at state and national level. We need medication-assisted treatment facilities that can meet the existing demand and make naloxone more easily available.

The demographic composition of heroin users entering treatment has shifted from inner-city minorities to white men and women in their late 20s living outside of large urban areas. State lawmakers noticed these trends and implemented policies that have started to affect the epidemic. For instance, Texas passed the “pill mill” law, which prohibited prescribers from dispensing opioids from their offices and mandated use of the prescription monitoring program.

An unintended side effect of controlling the over-prescription of legal opioids such as oxycodone and hydrocodone, however, is that those addicted to pain pills do not seek treatment but rather switch to other alternatives. The cheapest and easiest alternative now is heroin.

In Florida, for example, a law similar to the Texas “pill mill” resulted in a 27 percent decline in deaths for opioid analgesics. However, the heroin overdose death rate in Florida increased 122 percent.

Moving forward, more emphasis should be put on medication-assisted treatment options for those addicted to opiates or heroin, and on expanding the treatment capacity immediately.

Look at the numbers. In 2012, an estimated 1.5 million opioid users received medication treatment that lessens cravings and help individuals heal. But there were also more than 2.5 million Americans who met the criteria for dependence of prescription pain pills or heroin who weren’t on medication treatment, and another 2 million who began using these drugs in 2012. This means we have 4.6 million people addicted to opioids, yet we are providing medication-assisted treatment to fewer than 1.5 million.

We also must also make the overdose-reversal drug naloxone more easily available. Naloxone can prevent deaths due to heroin use, but it should also be prescribed along with any pain pill that could cause overdose. Naloxone would be particularly appropriate for patients with cognitive impairments, those on heavy doses of pain pills who may not remember their medication schedule, or those who have previously suffered overdoses.

There has been a 200 percent increase in the rate of overdose deaths involving opioid pain relievers and heroin since 2000. Recognizing that pain pills can be as deadly as heroin and that we can prevent overdoses by having naloxone available will mean saving the life of a young son and getting him into treatment, and also keeping granddad alive until his medication schedule is adjusted.

We have treatment options. We only need to remove existing barriers for people to receive them.

Jane Maxwell is research professor at the School of Social Work and a national expert on drug trends (see her latest reports).