You are here: Home / Issues / Spring 2016 / Criminalization is not the answer to homelessness 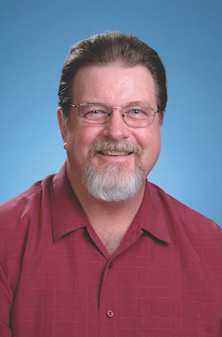 We are seeing a continuing, worrisome trend across the country: Cities are trying to address the problem of homelessness through ordinances that criminalize life-sustaining activities such as sleeping, eating and even sitting on the street, in parks, on the beach or other public spaces.

This is wrong and does nothing to address the problem.

Such measures actually make ending homelessness more difficult because the associated fines and criminal records create additional barriers to finding employment, securing housing, and accessing other public services. Nor do they make sense from a cost perspective. The cost of housing an individual in jail is often 3 times greater than housing them in a shelter.

A friend once told me that the problem of homelessness is not complex. He said, “People are homeless because they don’t have a place to live. If we give them a permanent safe place to live they won’t be homeless.”

While that sounds naïve, there is an element of truth to that statement.

Prior to the 1980s, we did not have the kind of mass homelessness we now experience. According to the Institute for Children, Poverty & Homelessness, there was a surplus of 300,000 affordable housing units in 1970. But in the 1980s, the federal government started to cut funding for housing assistance. By 1985, there were 8.9 million poor renters in need of housing but only 5.6 million units available. By 2009, the shortfall in affordable housing units had almost doubled.

Other federal policies, such as deinstitutionalization of persons experiencing mental illness, cutbacks in the social safety net, the rise in incarceration rates, and the failure to adjust the minimum wage to keep pace with the cost of living, have all contributed to the homeless crisis we face today.

Many communities have tried to manage the problem by creating emergency shelters and other temporary services, but have not committed the resources to help transition such people into permanent housing.

If we are serious about ending homelessness, and not just managing the problem, we need to commit greater resources to closing the gap between the supply of and demand for deeply affordable housing units.

One promising approach is Housing First. As opposed to traditional approaches that demand that individuals meet certain criteria before they are eligible for permanent housing, Housing First gets people housed as quickly as possible, and then provides the services needed to maintain that housing.

Most people become homeless because of a personal crisis such as the loss of a job, major medical expense, or family violence. For them, Housing First is ideal because it provides the assistance they need to find permanent housing quickly and without conditions. Data shows that the more quickly such individuals and families secure permanent housing, the more likely they are to remain housed in the future.

If the lack of Housing First’s upfront requirements troubles you, take comfort in your wallet. The Department of Housing and Urban Development estimates that not housing such individuals will cost a community about $40,000-$50,000 per individual per year due to the high costs associated with public services such as emergency room visits and incarceration. Housing First is less financially risky for a community than the alternative of not housing those who need housing assistance.

A smaller percentage of the homeless population (about 15 percent) experiences chronic homelessness. Housing First is also a viable approach for them but the expectation is that the need for specialized and intensive services may continue indefinitely. Studies have shown that this approach not only ends homelessness for those with the most severe challenges, but it can also greatly reduce the demand for the costly services mentioned above

In Dallas, Houston and Austin, homeless advocates are working with Managed Care Organizations to better design programs that link up housing and healthcare, recognizing the impact both have on one another.

We can end homelessness. But only if we address the shortfall in affordable housing and use proven strategies, such as Housing First, to rehouse and stabilize those who are experiencing homelessness.

Calvin Streeter is the Meadows Foundation Centennial Professor in the Quality of Life in the Rural Environment at The University of Texas School of Social Work. He is also member of the board of directors for the Austin based nonprofit Ending Community Homelessness Coalition, ECHO.