A Conversation with María Magdalena Campos-Pons 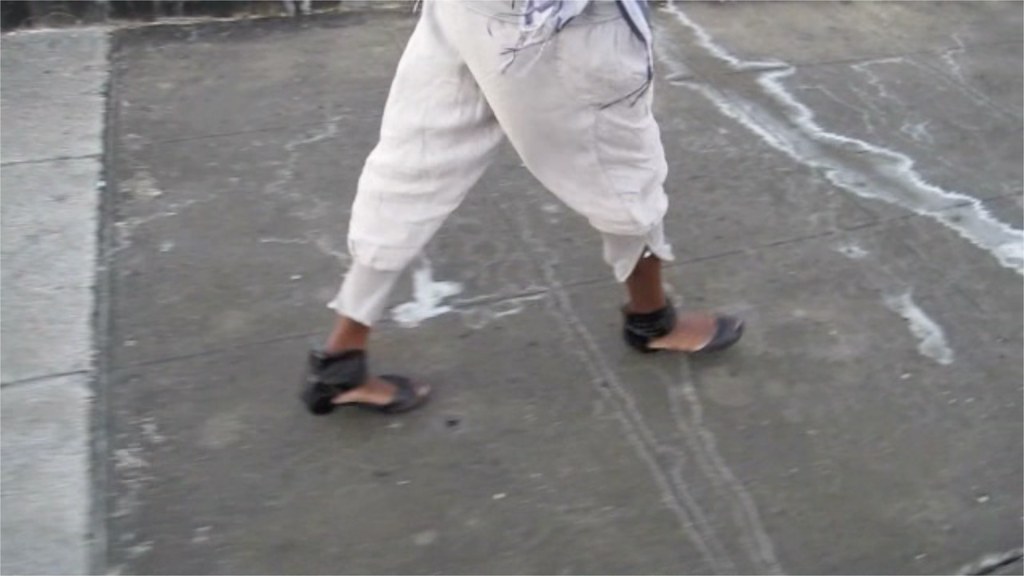 Neon Queen Collective hosts a panel discussion on the work of artist María Magdalena Campos-Pons, who joins scholars from UT Austin and central Texas to discuss her practice in relation to the field of video art across the Americas. The panel will be moderated by Dr. George Flaherty, Associate Professor of Art History and Director of the Center for Latin American Visual Studies (CLAVIS) at UT Austin.

Campos-Pons (Cornelius Vanderbilt Endowed Chair of Fine Arts and Professor at Vanderbilt University) is one of the most celebrated living artists to emerge from post-Revolutionary Cuba. For over three decades, she has explored questions of race, gender, class and memory within African and Latin American Diasporic communities. Her work has been featured in solo exhibitions at the Museum of Modern Art in New York, the Indianapolis Museum of Art, the Peabody Essex Museum, and the National Gallery of Canada, among other distinguished institutions.  She has presented solo performances at the Guggenheim and the Smithsonian’s National Portrait Gallery, and has participated the Venice Biennale, the Dakar Biennale, Johannesburg Biennial, Documenta 14, the Guangzhou Triennial, and the Prospect.4 Triennial. Campos-Pons is represented by Gallery Wendi Norris.

Presented in conjunction with the exhibition Like the lonely traveler: Video Works by María Magdalena Campos-Pons, on view through December 7.

Dr. Jossianna Arroyo-Martínez (BA, University of Puerto Rico, 1989, PhD University of California at Berkeley, 1998) was born in Puerto Rico and is a literary and cultural studies scholar who specializes in the analysis of Afro-Diasporic literatures and cultures in the Americas, critical race studies, queer studies, and media studies. She is Professor and Chair of the Department of Spanish and Portuguese at The University of Austin, Texas. She also holds an appointment at the Department of African and African Diaspora Studies. She is the author of Travestismos culturales: literatura y etnografía en Cuba y Brasil (Iberoamericana, 2003) a critique of cultural racism in the work of Gilberto Freyre and Fernando Ortiz, several Cuban and Brazilian novels, and Writing Secrecy in Caribbean Freemasonry (Palgrave, 2013), an analysis of transnational, racial and colonial dimensions of Masonic encounters in the circum-Caribbean and the United States (1850-1898). She has contributing essays in Brazilian and Caribbean Literatures at Lusosex Sexualities in the Portuguese Speaking World (2002), and Technofuturos (2008). She has published at Encuentro de la cultura cubana, La Habana Elegante, Revista de Estudios Hispánicos, Journal of Latino Studies, and CENTRO Journal for Puerto Rican Studies, among many other national and international publications. Her new research project entitled Mediascapes is an analysis of local and transnational Caribbean cultures in new media and their ways of representing race, ethnicity and culture in neoliberal times.

Nicole Awai was awarded the Joan Mitchell Foundation Painters and Sculptors Grant in 2011 and an Art Matters Grant in 2013. She earned her Master’s Degree in Multimedia Art from the University of South Florida. She lives and works in Brooklyn, New York. Her work has been included in several seminal exhibitions, including the first Greater New York: New Art in New York Now at P.S. 1/MoMA (2000), the Biennale of Ceramic in Contemporary Art (2003), the 2008 Busan Biennale in Korea, Infinite Island: Contemporary Caribbean Art (2007), and Open House: Working in Brooklyn (2004), the latter two held at the Brooklyn Museum. Ms. Awai was a featured artist in the 2005 I.P.O. series at the Whitney Museum of American Art, New York. Recent exhibitions include her Washington Square Windows installation Mi Papi, Dream On – Happy Ending… at 80wse Galleries NYU, Be Inspired! at the Kemper Museum of Contemporary Art, the Biennale of the Caribbean in Aruba, American Beauty at Susan Inglett Gallery and FLOW: Economies of the Look and Creativity in Contemporary Art from the Caribbean at the Inter-American Development Bank Cultural Center in Washington, D.C.

Dr. George Flaherty is an Associate Professor of Latin American and U.S. Latino Art in the Department of Art and Art History, and the Director of the Center for Latin American Visual Studies (CLAVIS). His research and teaching focus primarily on visual, spatial, and media cultures in twentieth-century and contemporary Latin America and the Latino U.S., with emphases on Mexico, the U.S.-Mexico borderlands, and the Spanish-speaking Caribbean. His interests extend to the urban humanities, and postcolonial and subaltern studies. On campus, he is affiliated with the Lozano Long Institute of Latin American Studies, Center for Mexican American Studies, and Rapoport Center for Human Rights and Justice. His first book, Hotel Mexico: Dwelling on the ’68 Movement (University of California Press 2016), investigated the spatial dimensions of the 1968 student-led democratization movement in Mexico City and its afterlives. His next book, Neoliberal Borderlands: Architecture and Commons at the Limits of Modernist Mexico, will examine modern architecture, infrastructures of affect, and citizenship at Mexico’s northern border in the 1960s and 70s.