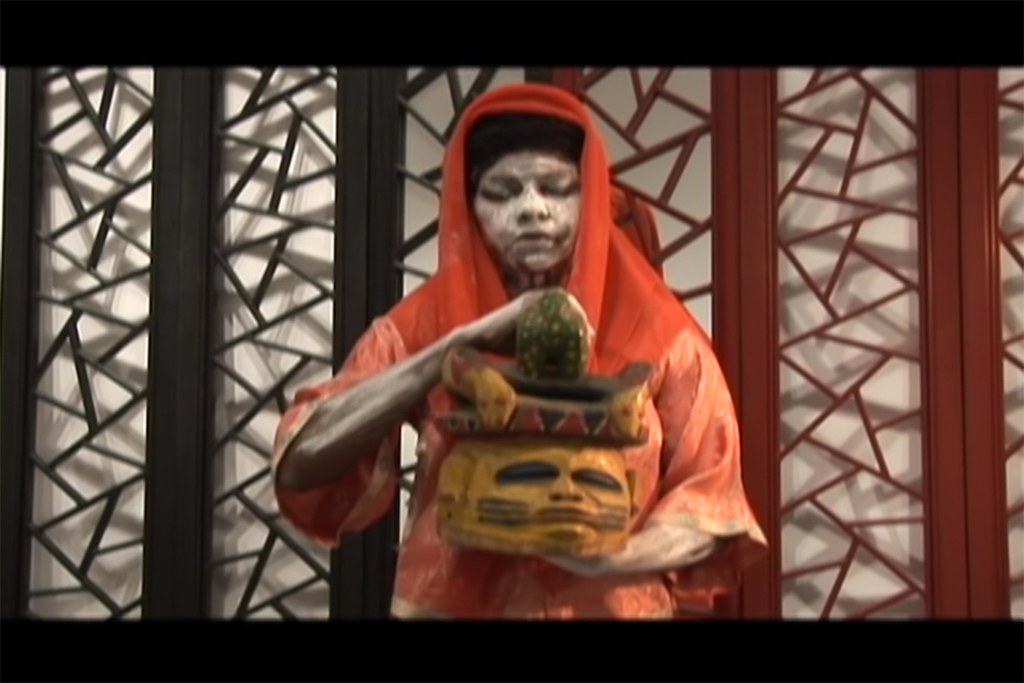 Like the lonely traveler traces the evolution of María Magdalena Campos-Pons’ video production over the last three decades, from her early documentary and autobiographical photographic series to her more recent conceptual explorations. The works included in this first video retrospective of Campos-Pons attest to how seemingly fragmented elements of an artist’s lived experiences coalesce into a multifaceted artistic practice. These works show how Campos-Pons’ continuous investigation of her complex international identity has yielded new perspectives on gender, exile, dislocation, race, religion, and memory. This exhibition is the second part of a two-part series on Campos-Pons curated by Neon Queen Collective, a trio of Austin-based curators who present work by feminist artists of color.

María Magdalena Campos-Pons is one of the most celebrated living artists to emerge from post-Revolutionary Cuba. For over three decades, she has explored questions of race, gender, class and memory within African and Latin American Diasporic communities. Her work has been featured in solo exhibitions at the Museum of Modern Art in New York, the Indianapolis Museum of Art, the Peabody Essex Museum, and the National Gallery of Canada, among other distinguished institutions.  She has presented solo performances at the Guggenheim and the Smithsonian’s National Portrait Gallery, and has participated the Venice Biennale, the Dakar Biennale, Johannesburg Biennial, Documenta 14, the Guangzhou Triennial, and the Prospect.4 Triennial. Campos-Pons is represented by Gallery Wendi Norris.

The Neon Queen Collective is a trio of Austin-based curators—Jessi DiTillio, Kaila Schedeen, and Phillip Townsend—who collaborate to investigate topics such as race, ethnicity, representation, class, sexuality, and gender in socially engaged art produced by feminist artists of color. All three are working towards their PhD in the Department of Art and Art History at The University of Texas at Austin.