You are here: Home / Features / Anatomy of a lesson

A peek into how UT Austin is teaching the next generation of doctors, nurses, pharmacists, and social workers to communicate and collaborate with each other.

You may have experienced vexing, fragmented health care that let you thinking: Why don’t all these people (doctors, pharmacists, nurses, social workers, etc.) talk to each other and work like a real team? The short answer is that they were never trained to do so. To tackle this problem and change health care for the better, UT Austin has embraced interprofessional education.

“Foundations of Interprofessional Collaborative Practice” launched in Fall 2016 with students and faculty from social work, nursing, and the two schools for which the course is mandatory, medicine and pharmacy. From day one, students work in teams and engage in discussion, decision-making, and role-playing.

Here we dissect one of the course’s early activities to give readers a peek into how future health professionals can learn how to work like a real team and put the patient at the center of care. 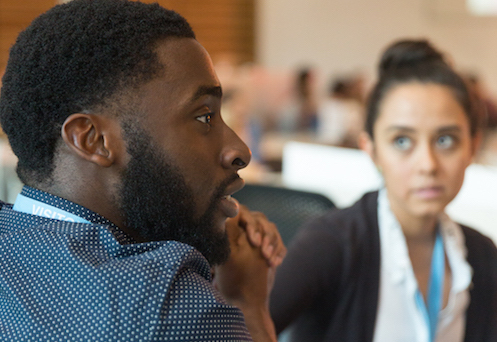 How much to disclose about the severity of a disease to a patient? What to do when patient and caregivers have conflicting wishes? When facing ethical challenges like these, health practitioners resort to their respective professions’ code of ethics to guide their decisions. The rub is, members of an interprofessional team may privilege different principles when confronting the same situation.

This activity started with student teams discussing and defining four main ethical principles: autonomy (the right of competent adults to make informed decisions about their own care), beneficence (procedures must be provided with the intent of doing good for the patient), non-maleficence (procedures must not harm the patient or others), and justice (burdens and benefits of treatments must be distributed equally among groups). 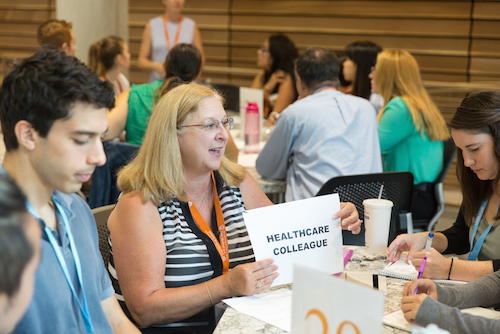 Team members were assigned the roles of health-care practitioner, health-care colleague, and one of the above four ethical principles. All practitioners were given the same scenario: Penny comes for the results of her annual checkup the day before leaving the country for a career-changing opportunity. You have to tell her that her pap smear requires a follow-up. She wants to wait until she comes back in six weeks. What do you say? One option is using your personal connections to get Penny an early appointment for the follow-up. 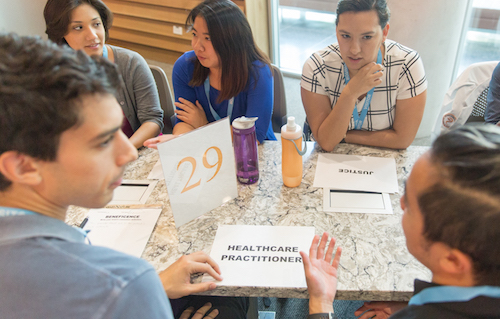 The practitioner and the colleague listened and responded to the arguments their team members made on behalf of the ethical principles they represented. In one team, for example, autonomy, argued that an abnormal pap smear was not a life-or-death situation, that Penny knew best what was good for her, and that the practitioner should let her go. Non-maleficence added that convincing Penny to stay for the follow-up would cause harm by ruining her career. Justice chimed in, noting that it was unfair to use personal connections to get an early appointment for a specific patient. Beneficence, in the meantime, argued that an early death would truncate Penny’s career more dramatically than anything else, and that she should stay for a follow-up. 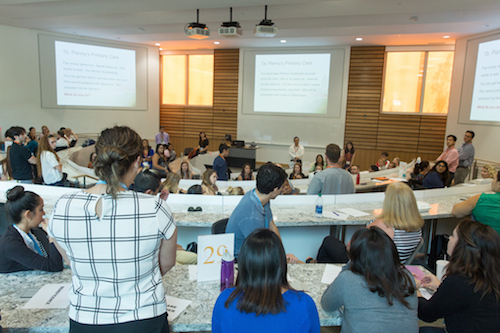 After deliberating, health-care practitioners stood up and, one by one, explained their decision to the whole class. It was eye opening to see that, just as in real life, team dynamics had caused practitioners to reach different conclusions. The personality and the force with which each team member argued on behalf of a specific ethical principle swayed practitioners in all directions. The two faculty members leading the session—one from medicine, one from social work—asked follow-up questions, elaborated on the ethical ramifications of each decision, and made students think on their feet. 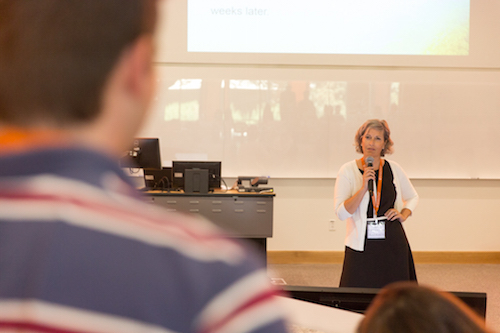 The activity continued with three escalated scenarios. In the last one, the practitioner faced an angry patient who felt her needs had been ignored, her trust violated, and her career ruined. Still arguing on behalf of their respective ethical principles, team members helped the practitioner and the colleague craft and rehearse what to say to a patient in a situation like this. Once more, it was eye opening to hear the diversity in the responses’ content and tone—all the gamut from “doctor-knows-better” speeches barely disguised as apologies to heartfelt explanations and mistake-admission.

To the students’ surprise, one of the course’s teaching assistants played Penny. Instead of simply delivering a rehearsed speech, students had the much tougher task of facing a person that responded to arguments and made her feelings known—just like in real life.