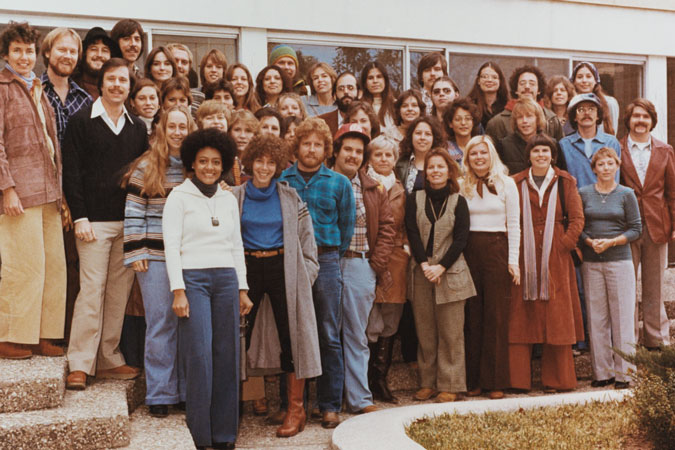 We are proud of our alumni and the positive impact they are making in their communities.

Gary Bachman, MSSW ‘82, is a professor of social work at Park University in Parkville, Missouri. Gary is volunteering with the Mid-American Medical Reserve Corps to help with COVID vaccinations and volunteered in warming centers and temporary homeless shelters during the Texas winter storm..

Rhonda (Taylor) Pratt, BSW ‘90, retired from being an operations manager with the State of Texas.

Richelle Easley, MSSW ‘92, is a behavioral case manager at Superior Health Plan in Round Rock, Texas.

Reneé Arsenault, MSSW ‘98, BSW ‘97, has been a school counselor with Big Horn School in Sheridan, Wyoming, for 17 years–grades K-8 for 16 years and grades 5-8 this year. Her daughter remained in Austin TX, and is an AISD para-educator. Reneé shared that the School of Social Work at UT Austin gave her such a great education to prepare them for their career. She owes many thanks to many people, but wanted to share that Mary Mulvaney was an inspiration for getting her BSW and MSSW degrees, and that she is forever grateful for that.

Jen Price, MSSW ‘98, obtained her Ph.D. in Instructional Design and Technology from Old Dominion University in 2017. Known as Dr. Jen, she is a college and career coach for teens and young adults. She is the best selling author of Generation E.D.G.E.: The student’s 4-step guide to college & career success. Her game changing, online college advising course College Edge (MyCollegeEdge.com) is a destiny-driver for students and families in grades 7-12th.

Esther Chao McKee, MSSW ‘02, has worked as a medical social worker, was clinical director of a non-profit agency and taught at the University of South Florida. She earned her doctoral degree in social work in 2014. In these times of pandemia, Esther is homeschooling her children in Stillwater, Oklahoma.

Kaitlin (Parker) Campbell, MSSW ‘06, is now an LCSW and a contract therapist for Elko Counseling in Dallas, Texas.

Leah Edwards, MSSW ‘06, lives in Georgetown and is a psychotherapist with Baylor Scott & White Health.

Jorge Trujillo, MSSW ‘06, is a social worker with the Department of the Army in Killeen, Texas.

Amanda Ryan, MSSW ‘07, is a second year doctoral student at The University of Texas at Arlington.

John Gonzalez, PhD ‘08, is an associate professor and associate dean of academic affairs at The University of Texas Rio Grande Valley School of Social Work.

Whitney Thompson, BSW ‘09, is an attorney at The Law Office of Whitney L. Thompson, PLLC.

Suellen Brown, BSW ‘11, is associate director of development at Dell Children’s Medical Center Foundation. The community support for the frontline healthcare workers at the hospital during this pandemic has been overwhelmingly generous with meals, treats, donations and toys. She shared that her social work background helps her work with families and fundraising at the caring and sensitive level needed in her field.

Hilary Dockray, MSSW ‘12, BSW 10, is a senior policy analyst at Alluma in Oakland, California. Alluma is a nonprofit social enterprise that works with public and private organizations to help connect people to healthcare, nutrition and other critical programs.

Stephanie Guzman, BSW ‘12, is a coordinator for student success in Denver, Colorado.

Jordan Parnell, MSSW ‘12, is a capital mitigation specialist at the Regional Public Defender for Capital Cases. He has developed a committee solely focused on the mental health narrative of individuals charged with capital murder who face the death penalty.

Abbey (Smith) Pelosi, MSSW ‘12, BSW ‘11, is a sex therapist and clinical supervisor at Austin Healing Center-Holistic Therapy. She specializes in relationships and is an ally to the poly, kink and LGBTQ+ communities.

Desiree Ramirez, BSW ‘13, received a Master of Social Work degree from Baylor University in 2019 and is a child and family advocate at EOAC HeadStart.

Grace (Williams) Dowd, MSSW ‘14, owns a private practice in downtown Austin where she serves adolescents and adults. In her practice, Grace works with individuals and couples, and specializes in DBT and trauma-informed approaches. In 2019, Grace received training in EMDR and incorporates the modality in her clinical practice. Additionally, Grace recently completed the clinical supervision course at UT Austin and looks forward to supporting LMSWs who are towards clinical licensure. In her free time, she enjoys running Town Lake, reading a good book, and checking out local restaurants with her husband, Sam, and pup, Hutch.

Erin Brown, MSSW ‘15, is a clinical case manager with the Downtown Community Court in Austin.

Jennifer Heggland, MSSW ‘15, is a director of community programs at Reach Council in Mesquite, Texas.

Hetina Pandya, BSW ‘15, is a senior product manager at Humana in Dallas. She obtained her Master of Science in Healthcare Management from UT Dallas in 2017.

Capri (Hernandez) Wiggins, MSSW ‘15, is a therapist at Brazos Valley Mental Health and Wellness and works part-time as a case manager at Baylor Scott and White Hospital  in College Station, Texas.

Torri Smith, MSSW ‘16, obtained her LMSW and is a victim services counselor with the Austin Police Department. Previously, she was the emergency department social worker at Baylor Scott & White McLane Children’s Medical center.

Samantha Synett, MSSW ‘17, obtained her LCSW in December 2019. She currently serves as a suicide prevention coordinator for the U.S. Department of Veterans Affairs Rocky Mountain MIRECC for Suicide Prevention in Denver, Colorado. She works individually with veterans who have been identified as being at the highest rate for suicide and sometimes are ineligible for VA healthcare. She also works with community organizations to teach them how to implement best practices for veteran suicide prevention in their system. She has developed expertise in the treatment of combat-related PTSD, military sexual trauma, generalized anxiety, and complicated grief. Sam currently works remotely from Central Texas. When she’s not working, she loves exploring Texas State Parks with her fur baby Adele and fellow social work besties, Kristine Fogle, Victoria Ortiz, and Sarah Dingeldein, who are also graduates of the MSSW program.

Maia (Roth) Covey, MSSW ‘18, is a family advocate at the Center for Child Protection in Austin.

Colleen Maher, MSSW ‘18, is director of family services at Mainspring Schools in Austin.

Mina Martinez, BSW ‘18, is a program manager at Communities in Schools in Austin. She is also in the last semester of her MSSW program and will be graduating in May. She is currently completing her practicum at the YWCA Greater Austin.

Danielle Redhead, BSW’ 19, is a Youth Engagement Counselor at The University of Texas at Austin Youth Engagement Center in Houston. This center is part of the Longhorn Center for School Partnerships under the Division of Diversity and Community Engagement. Danielle works with students in the Houston area on college readiness, which includes assisting with financial aid applications, scholarships, community service, and leadership development.

Sarah Hoff, BSW ‘20, is a case manager at Family Eldercare in Austin.