In this two-part series, Julie Crookston and Salimah Jasani dissect the issue of teacher pay in the United States. This first piece considers the empirical reasoning for increasing pay, while Part II examines funding methods. (See Part II, How Can We Increase Teacher Pay?)

Headlines over the past several months have made clear to policymakers what those in the education field have known for decades: teachers are not paid enough. Waves of teacher strikes in Oakland, West Virginia, Denver, and Los Angeles — all in 2019 alone — have increased the urgency of the situation nationwide.

While most analysts agree that teacher salaries should be increased, the discussion often ends with some variation of the sentiment, “if only we had the money.” As it turns out, we do. There are multiple strategies that school districts, states, and the federal government can take — independently or collaboratively — to increase teacher salaries. Specifically, districts can restructure teacher and administrator salaries and roles or change school models of paraprofessionals and technology use. At the state level, lockbox funding of lottery and casino revenues can be instituted. Finally, at the federal level, tax cuts for teachers in high poverty schools and grants to states increasing teacher quality of life can be implemented.

While these strategies range in scope and cost, they all build on pre-existing structures and mechanisms, making them efficient, flexible, and politically feasible. While the “best” or most effective strategy will depend on the politics and economics of specific districts and states, the most politically feasible option is for districts to restructure teacher pay and roles. The strategy with the greatest scope to affect the most teachers would be to implement a federal tax credit.

The Realities of Low Teacher Pay in America

The wave of recent teacher walkouts over the issue of pay demonstrate the disconnect between how much teachers believe they should be earning and the status quo. As it turns out, this discrepancy is real.

The Economic Policy Institute conducted a study comparing the weekly wages of teachers to  college graduates in other fields over 30 years. Their findings are shown in Figure 1. The gap between the weekly wage of teachers (counting only contracted work days) and their college-educated peers has grown over the last 30 years to 23 percent in 2017.

We can also compare the salary of teachers in America to those in other countries. The Brookings Institute compared teacher salaries from different countries around the world. Figure 2 details the percentage by which the U.S. would need to increase teacher pay in order to match relative pay levels in other countries.

It should also be noted that teachers spend time out of their contracted classroom time planning, grading, participating in extracurricular activities and professional development – after school, on the weekends, and during the summer. Many teachers even work multiple jobs just to make ends meet.

Meanwhile, an economic analysis of teacher pay in Texas found a teacher turnover elasticity of -1.4. Increasing teacher pay, especially for early career educators, had a significant impact on reducing teacher turnover. Teacher turnover has a harmful effect on student achievement in both math and literacy and leads to increased training costs. It is more economical to spend money on fair compensation than on training new teachers, year after year.

Finally, increased teacher pay has positive implications on the national security of the United States. The Council on Foreign Relations released a report by an independent task force on the impact of education reform on national security. They found that educational failure hinders our future economic prosperity, reduces our ability to be a global power, and even risks our physical safety as a country. In the context of findings about the impact of teacher pay on teacher quality and student performance, it is clear that maintaining the status quo is risky and shortsighted.

So, what can the federal government, state governments, and school districts do to address this challenge? Check back next week to read about five concrete strategies governing bodies could use to increase teacher pay. 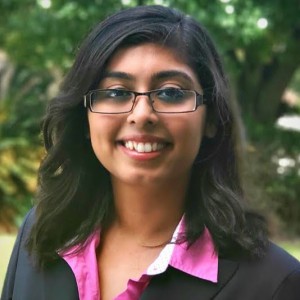 Salimah Jasani is a candidate for the Master of Public Affairs (DC Concentration) at the LBJ School. Prior to joining this program, Salimah taught Special Education English at the high school level for four years in Baltimore. She is the co-founder and co-host of the Point of Hue podcast, which seeks to amplify the voices of women of color creating positive social change. Her policy interests are in K-12 education policy and disability advocacy. 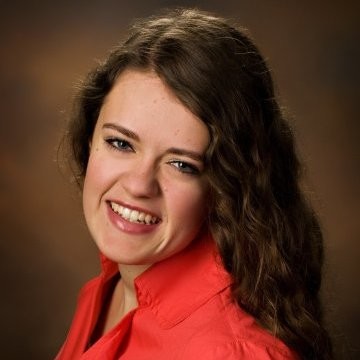 Julie Crookston is a candidate for the Master of Public Affairs at the LBJ School. After completing her undergrad, Julie taught Junior High mathematics for 2 years before coming to Austin and joining the AmeriCorps. Through AmeriCorps she worked with a local non profit, College Forward, before being accepted into the LBJ School. Her policy interests are non-profits, education, and city government.

One reply on “Teacher Pay, Part I: Why Increase Teacher Pay?”

Interesting start. Wondering if you will be taking programs like Teach For America into consideration when looking at wages and demand?