You are here: Home / Research / Copenhagen Consensus on Climate Project

On September 2, 2009, I presented an assessment of the potential direct benefits and costs of climate engineering, to an expert panel
convened by the Copenhagen Consensus on Climate Project. My paper, co-authored with Lee Lane, argued for research into
climate engineering. The expert panel consisted of the following individuals.

Presenting to this group was a tremendous honor and something for which I am thankful. Here are a couple of pictures of the event. 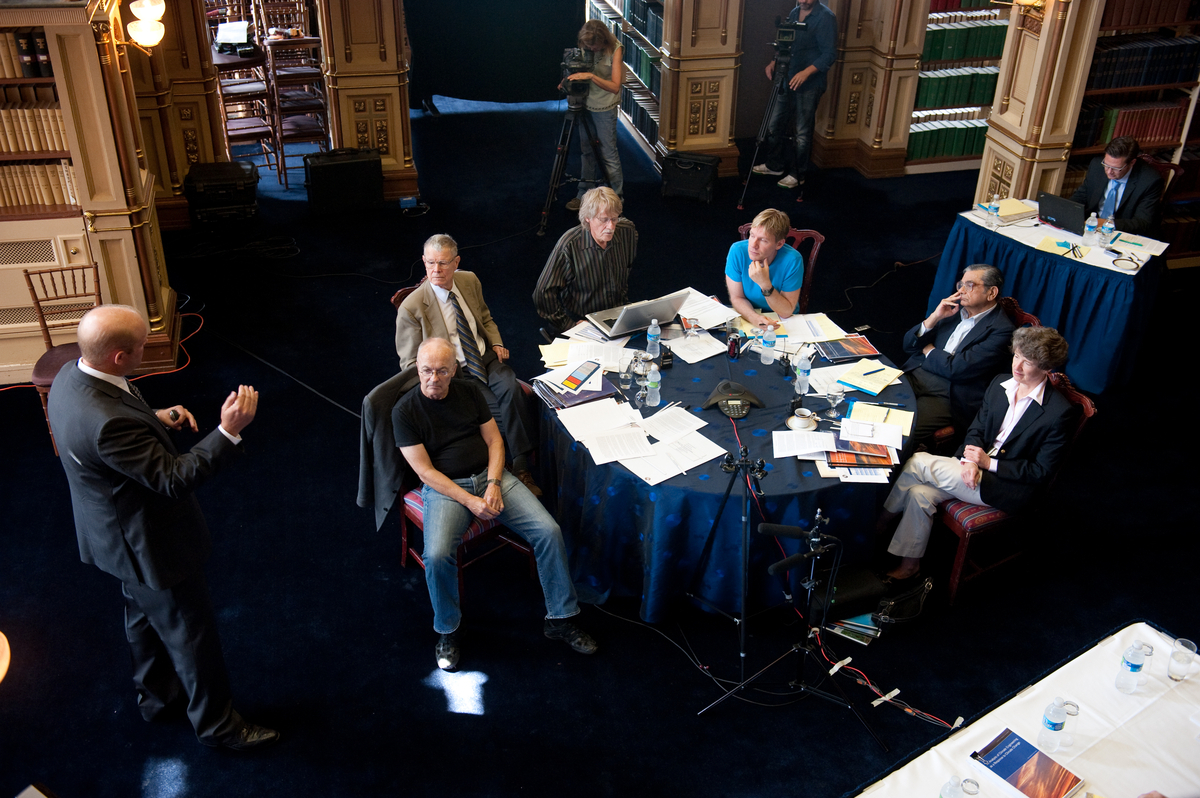 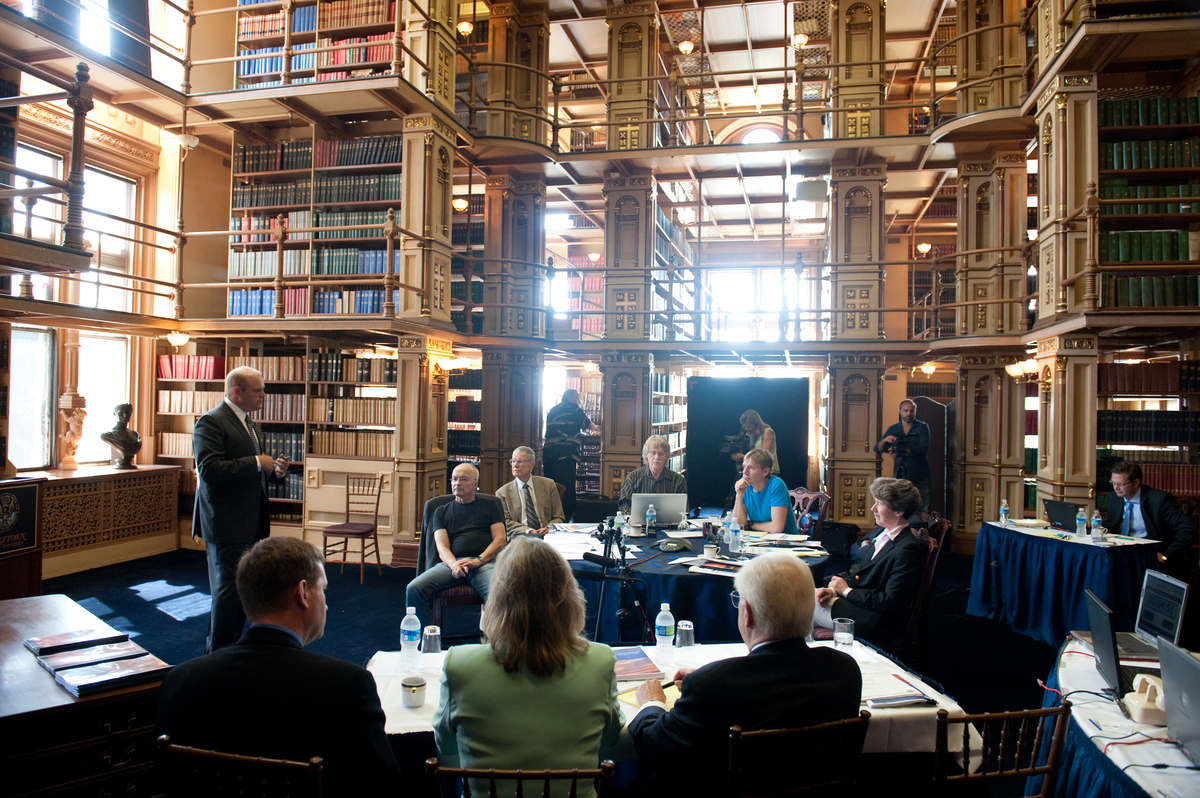 Seating at the round table is the same. Seated at the table in the foreground, from left to right, are Roger Pielke, Jr., Anne Smith, and Lee Lane (my co-author).

The expert panel heard from over 20 authors detailing 15 different approaches to climate change. They ranked the two areas we presented, research into marine-cloud whitening and research into stratospheric aerosol injection, 1st and 3rd.
You can view the full results here.

MY STATEMENT ON THE RESULTS

An expert panel of distinguished economists including three Nobel Laureates has found that, among the possible approaches to reducing the harm from climate change, R&D on solar radiation management (SRM) is a very good use of resources. According to the panel, R&D on marine cloud whitening was the single most promising use of resources, but R&D on aerosol injection also earned a “very good” rating. Expert Panel member and Nobel Laureate economist Thomas Schelling said, “We found that climate engineering has great promise. Even if one approaches it from a skeptical viewpoint, it is important to invest in research to identify the limitations and risks of this technology sooner rather than later.” The full results can be viewed at:

In all, the panel considered fifteen options drawn from eight assessment papers. It considered options in climate engineering, forestry, adaptation, energy R&D, and technology transfer, as well as cuts in CO2, black carbon, and methane. For each policy area, at least one shorter paper critiqued the primary papers. The question posed by the analysis was: “If the global community wants to spend up to, say $250 billion per year over the next 10 years to diminish the adverse effects of climate changes, and to do most good for the world, which solutions would yield the greatest net benefits? …”

The expert panel considered SRM options based on an assessment paper by J. Eric Bickel of the University of Texas at Austin and Lee Lane of the American Enterprise Institute. Papers by Dr. Roger Pielke, Jr. and Dr. Anne Smith critiqued the Bickel and Lane analysis. The Bickel/Lane paper noted that the net benefits from SRM might amount to $4 trillion to $14 trillion. The paper considered the use of SRM in conjunction with a number of hypothetical greenhouse gas control regimes. It found that poorly structured GHG control regimes would dramatically raise the benefits of an SRM option. (The paper suggested several factors that seem likely to cause actual GHG control regimes to fall far short of those that would be optimal.) The Bickel/Lane paper also cautioned, though, that various potentially harmful side effects might flow from SRM deployment. The scale of effects, it noted, could only be determined through a careful and systematic R&D program. It recommended no decision of SRM deployment be made until such a R&D program had been successfully conducted.

Bickel and Lane asked for a research budget of about $10 billion over ten years, out of the expert panel’s $2.50 trillion hypothetical budget. This leaves $2.49 trillion to fund other approaches/technologies.