The LLILAS Benson Digital Scholarship Fellowship program provides a stipend of up to $3,000 for a UT/non-UT graduate student or a non-UT Masters-level (or above) scholar to pursue research or teaching interests in Latin American, U.S. Latinx, African Diaspora, or Indigenous Studies remotely using the Benson Latin American Collection’s digitized holdings and digital methods/platforms. 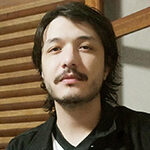 Ricardo Framil Filho is a Ph.D. candidate in Sociology at the University of São Paulo, Brazil. His research explores the relationships between industrial production, social conflict, and contestation embedded in global production networks. During his Mellon-funded fellowship, he will use digital tools to process and analyze documents from the Equipe de Articulação e Assessorias às Comunidades Negras do Vale do Ribeira (EAACONE), focusing on the struggles of quilombola communities in the context of socio-environmental conflicts related to hydropower dams in Brazil. 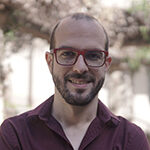 Eduardo H. Gorobets Martins is a Ph.D. student in the Department of Spanish and Portuguese at the University of Texas at Austin. He received his M.A. in History from the University of São Paulo, Brasil (USP). He is also a researcher of the Center for Mesoamerican and Andean Studies (CEMA) and of the Research Group about Indigenous Work in the Americas (LABORINDIO), both based at the USP. His primary interest is colonial Mexico history, with a focus on Indigenous documents and labor issues. For his fellowship, Eduardo will transcribe, translate, and analyze three documents written in Nahuatl from the Fondo Real de Cholula using digital humanities tools to research the conceptions of justice, land, and labor among the Nahuas during the end of the 17th century. 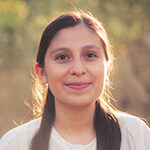 Diana Heredia-López is a Ph.D. candidate in the Department of History at the University of Texas at Austin. She holds a B.Sc. in Biology from the National Autonomous University of Mexico (UNAM) where she began her research on the study of nature and its representations in Latin America. Her doctoral project focuses on dye commerce and cultivation in the early modern Atlantic world. For her fellowship, she will mine text and build datasets from the Relaciones Geográficas de México and Guatemala collection to understand early Spanish colonial projects of cultivation and transplantation of commercially valuable species. 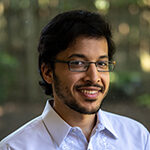 Diego Javier Luis holds a visiting assistant professorship in the Humanities Program at Davidson College. He is finishing a manuscript under contract with Harvard University Press entitled The First Asians in the Americas: A Transpacific History. His articles have appeared recently in Ethnohistory and The Americas. He will use Inquisition cases pertaining to Afro-Mexican lives at the Benson to create web-based simulations of their content with a lesson plan to make them accessible and, to a degree, interactive in a wide variety of pedagogical settings. 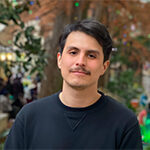 Eduardo Bello is a Ph.D. student in the Department of Spanish and Portuguese at Northwestern University. His research interests focus on the manifestations of modernist aesthetics in Latin America from the late nineteenth through the mid-twentieth century and their impact and influence on different disciplines, such as literature, cinema, visual arts, and architecture. For his project, he will develop a digital critical thematic index of the digitized volumes of Violetas del Anáhuac, which will allow readers to readily locate the texts that address the subject of their interest. 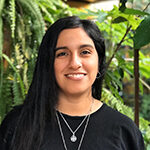 Carolina Rodriguez Alzza is a Ph.D. student in the Linguistic Anthropology area in the Department of Anthropology at the University of Texas at Austin. Her interdisciplinary background comes from an M.A. in Anthropology and a B.A. in Linguistics at the Pontifical Catholic University of Peru. Her research takes place in the Peruvian Amazon and focuses on the role of the language in the conformation of Iskonawa society in the context of historical interethnic relations with other indigenous groups. This fellowship will allow the review of the Iskonawa Language Collection in the Archive of the Indigenous Languages of Latin America (AILLA) through a community-based approach to facilitate access, navigation, and use of the collection for its community of speakers. 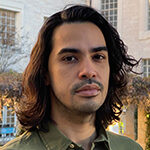 Diego de Jesus Santos is a Ph.D. student in the Department of Spanish & Portuguese at the University of Texas at Austin. He is a filmmaker and researcher from Bahia, Brazil, who has worked as a media activist in maroon-descended communities in the Recônvavo da Bahia, as well as in Maré, one of the largest favela communities in Rio de Janeiro. For his Mellon-funded fellowship, he will be studying environmental racism in the context of the struggle of residents from quilombos of the Vale do Ribeira region against the construction of the Tijuco Alto hydroelectric plant in their territory. 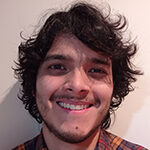 Tadeo Valverde-Molina is a Ph.D. student of the Literary Tradition, Written Culture and Digital Humanities program at the University of Salamanca, from which he also received an M.A. in 2020. His dissertation, titled “A Study and Critical Edition of the Peruvian Viceregal Short Dramatic Works from the Sixteenth to Eighteenth Centuries”, focuses on editing and analyzing overlooked and disperse Peruvian short dramatic works (prologues, comical interludes, dances) that can be found in manuscripts and print editions. For his fellowship, Tadeo will catalogue, transcribe, and critically index thirty-five dramatic texts that have been preserved in manuscript form as part of the Genaro García Manuscripts Collection, a heterogenous corpus of “Comedias manuscritas”. 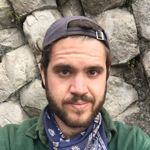 Ryan Scott Hechler is an Anthropology PhD student at Tulane University and he received an Anthropology M.A. from McGill University. His doctoral research focuses on the development of late Pre-Columbian Barbacoan identity and complexity in northern Ecuador and regional transitional colonial experiences under the Inkas and Spanish via archaeology, GIS, and ethnohistory. His principal archaeological site of investigation is the monumental site of Cochasquí in the northern highlands of Ecuador, for which he is a recent recipient of the Fulbright-Hays Doctoral Dissertation Research Abroad Fellowship to support his forthcoming fieldwork. His fellowship project focuses on developing a publicly accessible Geographic Information System (GIS) dataset that accurately maps natural landscape toponyms of Ecuador via the georeferencing of topographic maps in the Perry-Castañeda Library’s Map Collection. 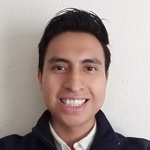 Abisai Perez is a Ph. D. candidate in the Department of History at UT Austin. His dissertation explores how the Spanish crown integrated the Philippine natives as vassals during the sixteenth and seventeenth centuries. His fields of expertise span colonial Latin America, nineteenth-century Mexico, and the Iberian empires in early modern Southeast Asia. He is also interested in Statistics and the programming language Python for research in Data Science. For his fellowship, he will transform a collection of royal decrees in the Genaro Garcia Collection on the colonial government of the Philippines into a data set that he can mine and visualize. 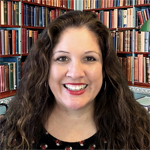 Marina del Sol received a Ph.D. from the Américo Paredes Center for Cultural Studies at The University of Texas at Austin and a B.A. from the University of California at Berkeley. Currently, she is a Master Instructor at Howard University. Her interdisciplinary scholarship looks at identity and belonging in the United States with a focus on cultural forms and representations of Otherness. Through the mining of the Onda Latina digital archive, her project will identify and illuminate connections between the political sphere and Mexican American culture, folklore, and history as well as examine experiences of citizenship within networks of Mexican American artists, activists, and community members using various infographic tools. 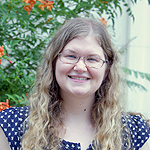 Brittany Erwin is a PhD candidate in the History Department at the University of Texas at Austin. Her dissertation explores the underlying mechanisms that sustained the Spanish Empire during its final decades, arguing that political ritual–public, formulaic expressions of loyalty and obligation–played an essential role in that process. Her project will employ various digital tools to analyze the rhetoric of reciprocity between Crown and subject in 18th-century documents preserved at the Benson. 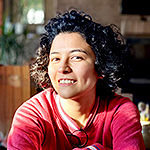 Nidia Hernández is a member of the Argentine Center for Scientific and Technological Information (CAICyT-CONICET) where she collaborates with the documentation, automatic processing and analysis of endangered languages of South America and develops digital resources for georeferencing and pusblishing Early Modern Latin American texts. During her residency at the Benson, she will be developing the first digital edition of Primer viaje alrededor del mundo (1899), a chronicle about the first European circumnavigation of the world and one of the first written texts referring to the Patagonia. 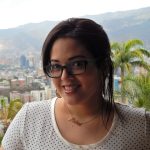 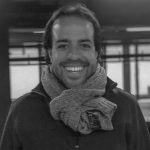 Antonio Villarruel was born in Quito, Ecuador, and currently lives between Mexico City and Madrid. He is a doctoral candidate both at el Colegio de México and Universidad Autónoma de Madrid. His interests include intellectual history, critical theory, Adean cultures and literatures, and documentary theory. In 2011 he published the essay book “Ciudad y derrota”. He also directed the documentary “Versiones de la vecindad”, on Mexican writer Carlos Monsiváis. For his fellowship, he will be extracting data from the correspondence in the Ernesto Cardenal Papers to visualize and examine his social networks.