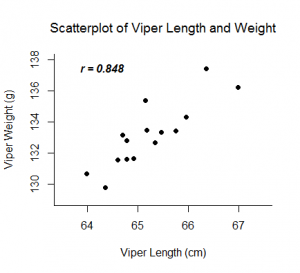 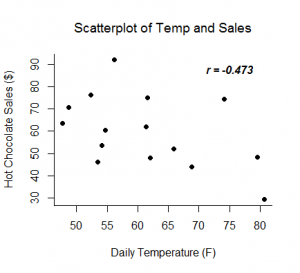 A linear regression analysis produces estimates for the slope and intercept of the linear equation predicting an outcome variable, Y, based on values of a predictor variable, X.  A general form of this equation is shown below:

The intercept, b0,  is the predicted value of Y when X=0.  The slope, b1, is the average change in Y for every one unit increase in X.  Beyond giving you the strength and direction of the linear relationship between X and Y, the slope estimate allows an interpretation for how Y changes when X increases. This equation can also be used to predict values of Y for a value of X. 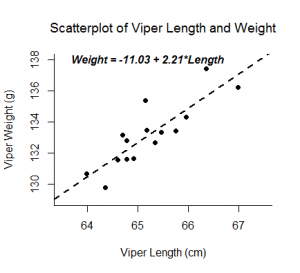 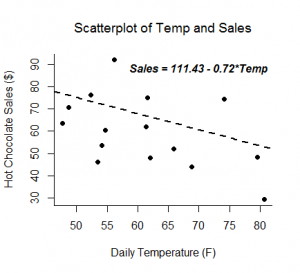 Inferential tests can be run on both the correlation and slope estimates calculated from a random sample from a population. Both analyses are t-tests run on the null hypothesis that the two variables are not linearly related. If run on the same data, a correlation test and slope test provide the same test statistic and p-value.

These videos investigate the linear relationship between people’s heights and arm span measurements. 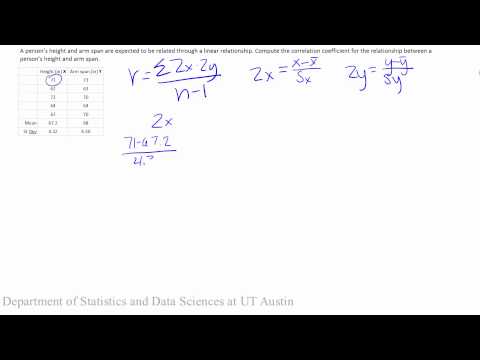 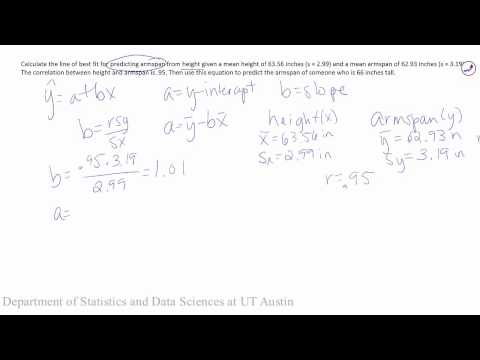 Sample conclusion: Investigating the relationship between armspan and height, we find a large positive correlation (r=.95), indicating a strong positive linear relationship between the two variables. We calculated the equation for the line of best fit as Armspan=-1.27+1.01(Height). This indicates that for a person who is zero inches tall, their predicted armspan would be -1.27 inches. This is not a possible value as the range of our data will fall much higher. For every 1 inch increase in height, armspan is predicted to increase by 1.01 inches.

Example 2: Performing analysis in Excel 2016
Some of this analysis requires you to have the add-in Data Analysis ToolPak in Excel enabled. For instructions on conducting this analysis in previous versions of Excel, visit https://stat.utexas.edu/videos 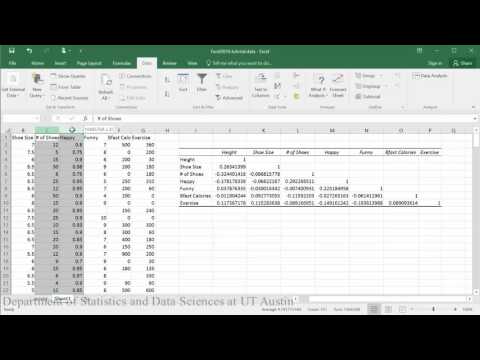 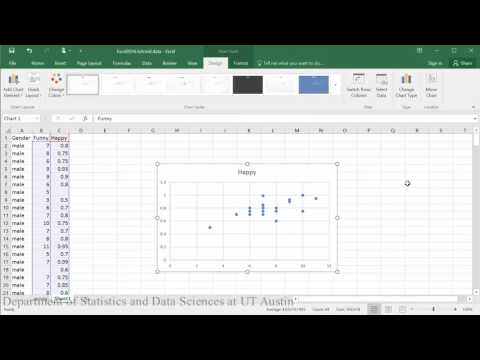 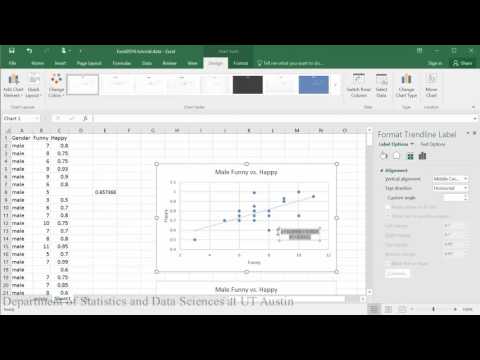 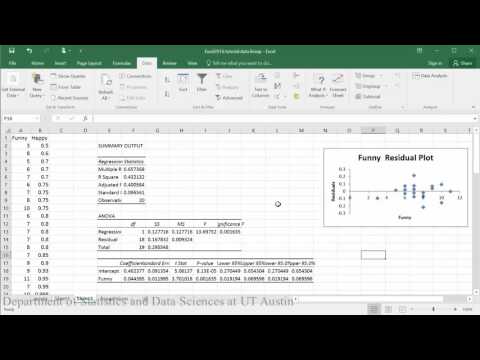 Sample conclusion: In evaluating the relationship between how happy someone is and how funny others rated them, the scatterplot indicates that there appears to be a moderately strong positive linear relationship between the two variables, which is supported by the correlation coefficient (r = .65). A check of the assumptions using the residual plot did not indicate any problems with the data. The linear equation for predicting happy from funny was Happy=.04+0.46(Funny). The y-intercept indicates that for a person whose funny rating was zero, their happiness is predicted to be .04. Funny rating does significantly predict happiness such that for every 1 point increase in funny rating the males are predicted to increase by .46 in happiness (t = 3.70, p = .002).

The following videos investigate the relationship between BMI and blood pressure for a sample of medical patients. 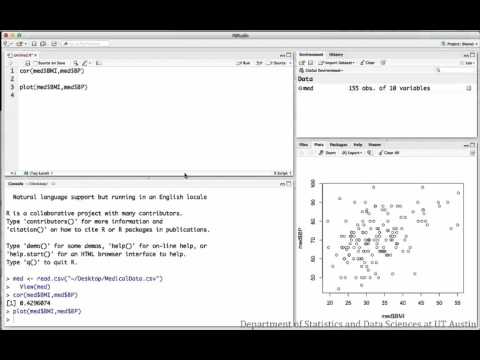 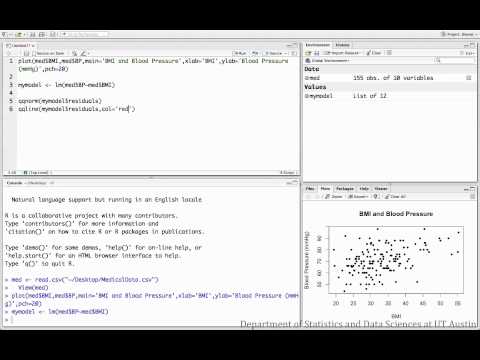