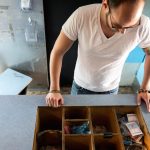 Is the opioid epidemic bringing harm reduction into the mainstream? 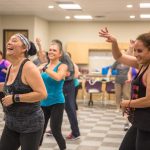 Carolyn Haney wants social workers to take up the cause of fitness access. 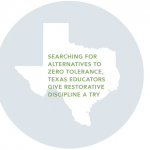 Marilyn Armour and her team work with TEA to introduce restorative discipline to educators across the state. 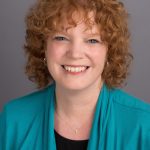 Sam Woollard still remembers the refurbished apartment building with the filled-in swimming pool where the School of Social Work was housed in 1988, when she got her bachelor’s degree. Woollard now owns two consulting business that respectively support philanthropy planning and social impact initiatives. She thinks there is much opportunity for social workers to bring […]

Service is one of the core values in the NASW Code of Ethics. Nine alumni share where and why they volunteer.   Stephanie Glass, MSSW ‘16, Women’s Storybook Project, Austin “I visit women who are in prison and record them reading books to their children. In my last visit, I went to the Gatesville Women’s Prison […] 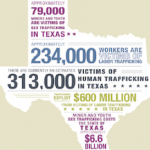 There are more than 300,000 victims of human trafficking in Texas, including almost 79,000 minors and youth victims of sex trafficking and nearly 234,000 adult victims of labor trafficking, according to a groundbreaking study by the Institute on Domestic Violence & Sexual Assault (IDVSA). The study also established that traffickers exploit approximately $600 million per […]

Through the Texas Institute for Child & Family Wellbeing, Clinician’s Corner offers short-form articles on topics relevant to social work practice with children and families, and opportunities for researchers and practitioners to come together through Facebook Live sessions to discuss the articles, share resources, and learn from one another. Social work participants will also have […] 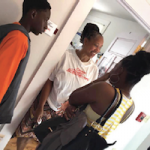 Social work professor Michele Rountree believes in bringing culturally tailored services to people right where they are to reduce health disparities. That’s why she is a founding member of the Center for Health Empowerment (CHE), a nonprofit that has recently opened in East Austin to improve the sexual health of underserved populations. CHE provides access […]

The Karnes Detention Center houses many women from Central America who are seeking asylum in the United States. As part of the legal process, they have an interview to explain why they think there is credible fear of danger for their lives should they be returned to their countries. Through the Social Work Detention Response […]

Alcohol and drug addiction disorders are complex and difficult to treat, requiring development and testing of treatments through rigorous scientific research. Once treatments have proved to be effective and acceptable to consumers, moving them into clinical practice is a slow process that can take more than a decade. Social work researchers at the Addiction Research […]