On Tuesday, April 4, 2017, in his fifteenth year as an adjunct instructor, Norton Armour taught in his Loss and Grief course for the last time. With his beloved Marilyn by his side, he lay at home in a hospice bed, his head propped up by pillows. His voice was slightly weaker than usual, but he spoke with deft strength and elegance to his students. I became one of them. 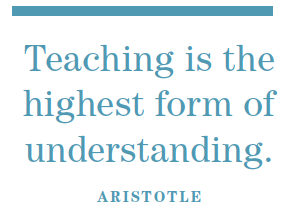 A couple of days earlier, Norton and I had discussed a plan for me to serve as the course instructor for the rest of the semester. We spoke at length about his approach to the course and what he hoped the students would gain. At one point in our conversation he paused. Then he said: “I wish I could tell them goodbye.” Norton cherished his teaching responsibilities and his students even more. It became clear that he wanted to speak directly to them about his own grief and invite them to consider theirs. I suggested that we Skype him in to class the following Tuesday afternoon, so that he could say goodbye and his students could say goodbye to him. He welcomed this idea and said he looked forward to their final class together.

That Tuesday afternoon, the students and I gathered for class, discussed the plan for the day, and then had a few minutes to wait for the Skype session with Norton to begin. The room became silent. The students were nervous and sad. Being in their late teens and early twenties, most had never come face-to-face with any person in hospice care, let alone with a teacher in that situation. Yet as our session started and Norton began to speak to them, his reassuring tone and winsome spirit took hold. They relaxed and listened intently. Many had tears spilling over their young cheekbones.

And he taught them.

He spoke about his sadness over not being able to complete the semester. He reflected on how important teaching in the School of Social Work had been to him. He also noted the irony of his course being on loss and grief, adding as he chuckled that he was still trying to figure out who to be mad at. And then he used his own experience of knowing that the end of his life was drawing closer to make multiple connections with what he and the students had read, discussed, and wrote about during the previous seven or eight weeks. A consummate educator, he was teaching to the very end.

We then had the opportunity to speak to Norton, each in our own way. We expressed gratitude, for him and for his teaching. We voiced appreciation for the time we had with him, and I acknowledged Norton’s many contributions to the life and mission of our school and to the social work profession.

It was a good day.

A sad day, yes, and one none of us wanted, but also a good day because it was filled with gratitude and even joy tied to the privilege of teaching, learning, and helping others thrive.

I admit that I, too, have wanted to be mad at someone; mad about not being able to learn from this gifted teacher and good man for a longer period of time. But that anger quickly fades as my deep gratitude emerges. We experienced a moment in class that day when death was looming while life kept pushing it away. We were connected by technology but firmly bound by something much greater: the quest for knowledge and understanding, our common humanity and search for deeper meanings — all life-giving things because they help us become more human and more humane.