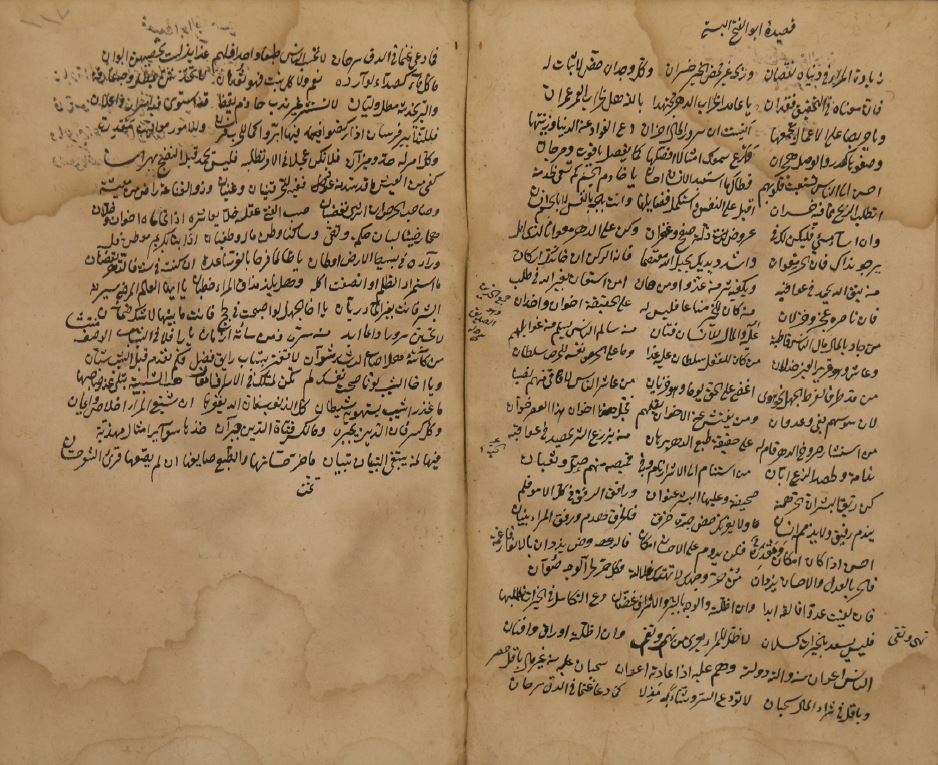 We have sent you our choicest gift to hone

that I thought them with daylight adorned.

How I wish to share its joys and quench my thirst

with the crisp nectar of your teeth every dawn!

Verily, if it were to grasp the lavish bliss consigned,

it would have bespoken its unbounded gratitude!

Kushājim (c. 902 – 970 CE) is a celebrated tenth century Arab court poet, master chef, and polymath from Ramla (near contemporary Tel Aviv). His known works include Adab an-nadīm (Etiquette of the Boon-Companion), Kitāb al-maṣāyid wa-l-maṭārid (The Book of Snares and Game), and Khaṣā’iṣ aṭ-ṭarab (The Characteristics of Music) as well as an influential collection of poems and a collection of epistles.

During his lifetime, he was considered the epitome of excellence in literature so much so that he was part of the circle of Sayf al-Dawla (the founder and ruler of the Emirate of Aleppo from 945 to 967 and arguably the most famous ruler in Islamic history, known for his military victories, lavish lifestyle, and cultural influence, where he surrounded himself with the best poets and polymaths of his time). As a nadīm (boon-companion) and a ẓarīf (part of the refined, cultured elite), Kushājim often tackled the art of gift-giving. As part of his endeavours to advise on gifts of good taste, he often wrote about gifts, presents, and endowments that he sent or received. He thought falcons, gems, wine, hand-held mirrors, hair combs, miswak (a teeth-cleaning twig made from the Salvadora Persica tree), candles, flywhisks, perfume, and incense are all gifts that are perfectly suited both for loved caliphs and dear friends.

Salma Harland is an Egyptian-born, England-based literary translator who works between Arabic and English. Her literary translations have appeared in the National Centre for Writing’s Emerging Literary Translators Anthology (2022) and in literary magazines and journals such as Ancient Exchanges, ArabLit Quarterly, Modern Poetry in Translation, Medievalists, and Eurolitkrant.