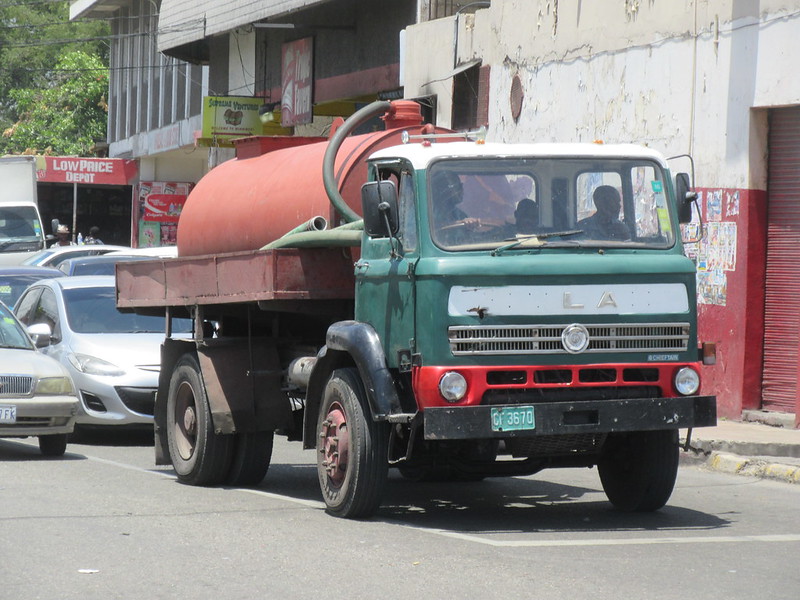 There was a sweltering heat before the rain. On the shaded pavement, which was partly cooled off by dark clouds, two workers were sitting side by side, waiting for the sewage truck to be sent by the municipality. The owner of the coffee house across the street, who called the municipality at the crack of dawn due to the toilet overflowing, was occasionally coming outside, glaring at the workers, and then going back inside grumbling as if those two were responsible for the mess or the delayed sewage truck. The manhole cover, which they had removed with difficulty in this hot weather, was lying down, curled like a dark dead dog near the pavement. Rıdvan, looking for the lighter that he knew he did not have in his pockets to light his cigarette, said, “Should we put it back on? It delays traffic. See, it smells like shit, the shopkeepers might as well get annoyed.” Ahmet, extending the lighter that he found in his pocket, said, “Who cares? Remove it, put it back on, we already worked our asses off in this hot weather, the truck will come soon.”

Rıdvan, compared to Ahmet’s hefty body, looked slender and stubby like a cornelian cherry growing in the shade of a plane tree. As if noticing this and wanting to make his body a little bit bigger, he stretched his legs out onto the road. He muttered as the vendor passed in front of them with languid steps, pushing his cart loaded with cherries. “These damn things didn’t get any cheaper this year.” “Out of season, brother, it won’t get cheaper,” said the vendor. He continued down the road without stopping. Rıdvan, looking after the cherries, took a huge puff of his cigarette. “Not that I’m going to buy any,” he said, “Gülbeyaz wanted some last night. She was craving them. She’s expecting again. These whims, you know. Is it possible to have such cravings after all these children?” Ahmet, as if not listening, had his head turned, looking the other way. He lit a cigarette too. After glancing at the empty tables in front of the coffee house and the birds that had gathered on the branches of the chestnut tree, he looked up to the sky and watched the clouds passing by for a while. “It’ll rain soon,” he said. “Let’s hope the truck comes in time.”

Rıdvan, flicking his cigarette to the ground and crushing it thoroughly, nodded towards the iron cover. “Do you know why they always make manhole covers circular?” he asked out of nowhere. His voice was irritatingly confident as if he was about to give away a secret – a secret that could not possibly be guessed by the listener. “How this bloke talks so much!” thought Ahmet. “Why the fuck would I care about the shape of the cover? As if I give a shit. Would it change what I do whether the cover is circular, rectangular, or elliptical? The shit underneath it is always the same shit.” Rıdvan, pretending to wait for his reply, could not hold it in any longer. “Honestly, it hadn’t occurred to me throughout all these years. My son told me the other day, he read it somewhere or something. It would fall through if it were any other shape, that’s why they make it circular.” A fast car passed by, lifting the dust from the asphalt up towards their faces. Ahmet, after swearing behind the car and spitting a few times to remove the dust from his mouth, said, “Get out of here. So what, this thing doesn’t fall through only if it’s circular?” Rıdvan stood up in one leap, saying “Oh, yes, I didn’t understand it either, but it’s really like that.” He pointed at the owner of the coffee house, who had come outside again looking around and cursing at the municipality, and said, “Look at that bloke. He called us himself. We’ve been working since morning. He stands there without even offering us a cup of tea.” He poked Ahmet’s shoulder with one hand. “C’mon, we can buy it ourselves. Instead of crawling on the ground like this, let’s go and sit at one of the tables.”

Crossing the street, they settled down at one of the empty tables ignoring the owner’s glance. He was a grey-haired man with a potbelly, whose entire body fat was piled around the belt of his pants. It was hard to guess if the sour look on his face was because of his own worries or the toilet overflowing last night. Ignoring the two men, he collected the tablecloths from the vacant tables before the impending rain. After a while, he said, coughing, “Your men still haven’t come yet.” “They’ll be here soon, brother, at least get us two cups of tea.” The impudent tone in Rıdvan’s voice made Ahmet angry. This guy doesn’t know when to speak and when to shut up. And how he talks! He talks all the time like a broad. A man should know to shut up sometimes, he must be smart enough to know better. The owner, who had finally collected and folded their tablecloth, was about to call out to his errand boy when Ahmet, controlling the anger in his voice, said, “I don’t want one, make it one tea only.”

He gazed after the owner, who went inside with the tablecloths hanging over his arm. Leaning over the table, Ahmet whispered to Rıdvan, “Did you see that faggot, he didn’t have no respect for us. Would he have taken away the tablecloth if we were customers?” Rıdvan laughed disdainfully. “This asshole got what he deserved. Should we also walk away saying the sewage truck is late and we can’t work in the rain?” Ahmet didn’t answer. Since the morning, how many times had he felt annoyed. How nice it would be if this bloke would shut up even only briefly, out of sympathy. Wishful thinking! Why would he? He has nothing to worry about. Six kids, four of them are boys. The seventh is said to be on the way as if it’s an accomplishment. Squinting, he glanced at Rıdvan’s face begrudgingly. The guy was sipping his tea in good spirits. The tables looked naked and miserable after their tablecloths were removed. There was only one jacket hanging on the back of a chair. A worn-out one, belonging to the owner or to an absent-minded customer, waiting at an empty table, lightly touching the ground.

“Have you heard of the Jacket Hodja?” asked Rıdvan as they both gazed at the jacket. “My uncle visited from Adapazarı last week. He told me about him.” Showing a sudden interest, Ahmet asked, “Who is he?” Rıdvan continued, “Rumour has it that the guy used to be a drunkard. He frequented taverns. One evening, when he was dead drunk, one of his creditors cornered him. He took off his jacket, threw it on the floor, and started praying.” Ahmet laughed for the first time. “Gee, what a trick,” he said. “Don’t rush to say so,” Rıdvan continued. “The truth would be revealed later. Apparently, this guy became a saint at that moment. A heavenly light descended upon him. The others who were around that night swore by it. From that day on, he has been called the Jacket Hodja. Whoever has any troubles visits him. He throws his jacket on this person and that’s it, the person is healed.”

Rıdvan, pleased to finally capture Ahmet’s attention, wanted to trigger his curiosity with a brief pause. Meanwhile, he said, “fetch us two more teas, lad” to the errand boy at the coffee house who had stopped by their table to pick up the empty cup. This time Ahmet didn’t say no to tea. “It must be a lie,” he said. “Those tricksters are everywhere.” Rıdvan responded, “No way, my uncle swore by it. He said he saw it with his own eyes. How many cripples rose to walk again, husbands for spinsters, jobs for the unemployed, children for childless couples…” He didn’t complete his sentence. Ahmet understood where this conversation was going. He turned his head to the other side, pretending not to listen. The big gulp he took from his tea went down with difficulty, burning his throat. “Say, how about you and your wife go to Adapazarı?” said Rıdvan, feigning it was an idea that had just come to mind. “I mean, what is there to lose?” Ahmet did not respond. Indignantly pulling out a piece of fabric that looked like a napkin, he wiped the sweat off his forehead and dabbed his face. He remembered the day when his wife took off her gold bracelets and said “Go cash them. We can make do without a house. We should have a baby.” He thought of his wife’s eyes which had grown larger on her face, of her tired face and her body which had shrunk day by day, shriveled up like fruit as it was denied an offspring. The first few raindrops fell on his forehead. Without looking at Rıdvan’s face, he gulped down his tea and stood up. “Let’s go put the cover back on. It doesn’t look like they’ll be arriving anytime soon. It’s raining already.”

They crossed the street. “We didn’t pay for the tea,” Rıdvan said suddenly. “We should at least pretend we’ve done some work before putting it back on. I’ll quickly go down into the sewer and then come back up.” Ahmet, in a rush, shoved the napkin back into his pocket, “Alright then. Be quick.” With his legs hanging down in the hole, Rıdvan said, “Honestly though, I can talk to my uncle. You can stay with them,” before his whole body disappeared. Gradually his voice faded off down into the hole. Ahmet gazed at the cover laying on the ground. All of a sudden, the cover looked like a large mouth that never shuts up. With a rigour unexpected of his build, he took the cover off the ground and put it back onto the manhole. Crossing the street, he slipped five liras under the empty teacups and walked slowly towards the shore.

Translation Attached Translators Collective is a group of translators that collaboratively translates Turkish short stories and poems into English at its biweekly workshop. The collective was founded by Nefise Kahraman as the UToronto Workshop in Literary Translation: Turkish-English (WILTTE) in 2015, and has continued translating and evolving ever since. The collective has thus far translated stories from such authors as Aziz Nesin, Selçuk Baran, and Nezihe Muhiddin. Most recently, the collective’s translation of Yusuf Atılgan’s short story “The Ticking of the Clocks” was published in the University of Alberta journal TranscUlturAl. The workshop is unique in its focus on translating Turkish literature into English in Canada. Neslihan Önderoğlu’s “The Cover” has been translated by the following translators from the workshop: