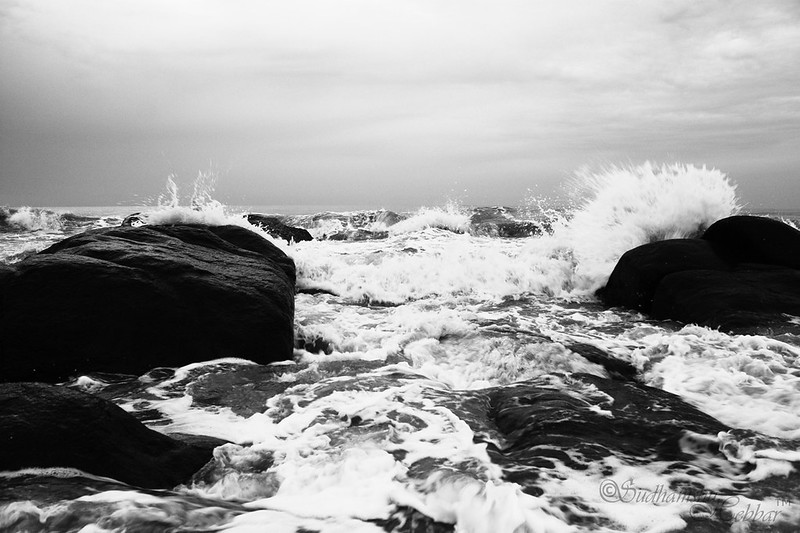 I have always loved the sea, the life of ships, and sailing from country to country. But in a dark corner of my mind, I’ve always been afraid of drowning.

I have often heard of ships that sank on a stormy day. They say drowning is very painful. At first you hold your breath, as you still have some hope of survival, while your brain, lungs, and muscles scream for air. In the end, you lose hope. You give up and let the cold salty water flow through your mouth and nose into your lungs.

They say this is the most difficult moment, the moment of suffocation— you feel the pain, and then it’s all over.

On that day, the sky was clear, the sea a shimmering soft blue, and the gentle breeze smelled of salt as it caressed the faces of the sailors and passengers on board the ship. I saw the seagulls calling to each other from afar as I lowered the sails to allow the light wind to push the ship along with it in the direction of its journey.

But in the evening the weather turned, the sky darkened, and black clouds gathered, with lightning bolts and thunderclaps. The rains came pouring down, and the winds howled and pounded the ship from both sides. Between the thunderclaps and the rain knocking at the wooden ship, I heard the captain calling me. I immediately hurried up to the mast to heave to the sails before they were torn apart by the fierce winds.

I moved swiftly and with a graceful ease, as I had been accustomed to this work since my early teens. I pulled this rope and that as I watched the canvas sails tug against the gale-force winds. I thought it was going well, but suddenly a lightning bolt hit the top of the mast. At that moment, I stumbled back and found myself slicing through the cold air, falling into the dark, crashing seawater. And after a moment passed like an eternity, I felt cold water slap my body. I screamed in severe pain for just a split second before the water filled my open mouth. I sank a few feet into the water and struggled to get back to the surface, spit out the salt water, and coughed and gasped.

The ship drifted away in the strong winds as I fell into the water, and was continuing to drift. Did no one notice my fall? Or maybe they had noticed, but they couldn’t find me in this pitch-black darkness?

The black clouds drowned the moon and stars, and the howling of wind and rain drowned my cries for help. I screamed and waved as I did my best to stay afloat among the crashing waves.

The ship was vanishing from my sight in the darkness as it kept moving away. I remembered the moments of warmth, light, and safety on board the ship, moments of mirth, banter, and even quarrels with other sailors— all of these seemed like happy memories from a long time ago.

I realized at this point that my strength would fail and that I would not survive. I would drown as I have heard of many drowning before. My tale would turn into another tale told by sailors in taverns where they rest while travelling from one city to another.

I felt the pain in my arms, and the weakness in my limbs, as I sank deeper into the water inch by inch.

I remembered all I had heard of the pain of drowning in fear, anticipation, and helplessness.

Suddenly a strange light appeared in front of me, and I felt warmth returning to my limbs. I looked up and saw a man walking quietly on the water, as if strolling on paved ground in a calm garden and not in a stormy, raging sea. To my surprise, I no longer felt the clamor around me. The man was shining with light, and he had two white wings growing out of his back. He approached slowly until he was looking right down at me. Then he spread his wings, and I could no longer feel the rain or the cold.

He nodded as if he knew what was going on in my mind. “Are you here to kill me?” I asked.

He raised his head toward the sky. “People misunderstand the Angel of Death,” he said in sorrow. “He doesn’t kill you. He accompanies you on your journey to the other world, so that you don’t cross the barrier between life and death alone.”

Then he lowered his eyes, and he looked at me with pity. “Yet, you will drown and die.” He added, “But don’t worry, it will be quick, and you will feel no pain.”

I felt his words ease my worries. I was already tired of struggling, so I gave up. The water reached my chin, then it reached my lips, so I held them together and began to breathe through my nose, then the water covered my nose, too. I looked at him: the light, the warmth, and the white wings. I no longer felt that what awaited me on the other side was frightening, as I had feared all my life. I realized that I was not afraid of death itself, but of the painful transition between life and death. His presence eased my fear and confusion, and I was grateful that I wasn’t alone.

I closed my eyes as I remembered my life one last time: the sea, the travel, the ships, the joy and the sadness, all the moments of life, the sweet and the sour. It was all behind me now. I succumbed to drowning, the water sweeping through my lungs. I felt the pain, but it quickly disappeared. I felt myself floating up above the surface of the water, but at the same moment, I saw my body sinking down. My soul was flying beside the Angel of Death, and I felt that I could see the ship sailing away. “What about them?” I asked.

“They will survive.” He smiled. “I came not for them today, but for you alone.”

Then he took my hand, so we could cross the cross the barrier between life and death together, while the ship sailed away through the crashing waves. Its passengers weren’t yet aware that they had survived. The morning would come, the sky would clear, the sea would calm down, and they would mourn the lost sailor. But at that moment, walking next to the Angel of Death, I didn’t feel any sadness.

Bio: Ahmed Salah Al-Mahdi is an Egyptian author, translator, and literary critic who specializes in fantasy, science fiction and children’s literature. He has five novels published in Arabic so far, two of them “Reem: Into the Unknown” and “Malaz: City of Resurrection” were translated into English. He has published many short stories, poems, and articles published in various languages.