The NPPP engages in research, debate, and public education to ensure that civilian applications of nuclear technology do not foster the spread of nuclear weapons to states or terrorist groups.

How Not to Reduce Japan’s Plutonium Stockpile
July 13, 2018 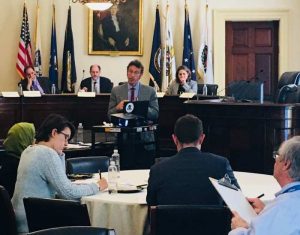 Baltimore Sun: Why is NASA testing bomb-grade materials for its Mars mission?
August 21, 2017