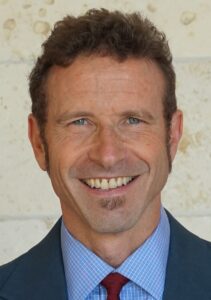 Founder and coordinator of the Nuclear Proliferation Prevention Project (NPPP), and Associate Professor at the LBJ School of Public Affairs, University of Texas at Austin. He has worked since 1987 on reducing the proliferation and terrorism risks associated with civilian nuclear applications, in various capacities in the U.S. Congress, the Nuclear Control Institute, Greenpeace, and academia. His accomplishments include co-authoring a 1987 investigative report that led Congress to ban air shipment of civilian plutonium over the United States; drafting a provision of the U.S. Energy Policy Act of 1992 (the “Schumer Amendment”) that sharply restricted exports of bomb-grade uranium; advocating successfully for the U.S. government in 1995 to cancel a proposed nuclear reactor slated to use bomb-grade fuel; intervening successfully in 2001 and 2015 before the U.S. Nuclear Regulatory Commission (NRC) to block proposed exports of bomb-grade uranium to Belgium; appealing successfully in 2006 and 2016 for the NRC to restore public disclosure of proposed exports of bomb-grade nuclear materials; and successfully advocating for the U.S. government in 2020 to cancel the planned use of bomb-grade uranium in space reactors. Kuperman has made invited presentations to the International Atomic Energy Agency, the U.S. Nuclear Regulatory Commission, the U.S. Congress, the Department of Energy, and the National Academy of Sciences. He is editor and an author of Nuclear Terrorism and Global Security: The Challenge of Phasing out Highly Enriched Uranium (Routledge, 2014), and Plutonium for Energy? Explaining the Global Decline of MOX (NPPP, 2018). His nuclear publications also include several book chapters and a 2006 cover story in the Bulletin of the Atomic Scientists. He holds an A.B. in Physical Sciences from Harvard University, an M.A. in International Relations and International Economics from the Johns Hopkins University School of Advanced International Studies (SAIS), and a Ph.D. in Political Science from the Massachusetts Institute of Technology.