You are here: Home / Archives for @TexasSteveHicks

The School of Social Work at The University of Texas at Austin is one among ten institutions across the country to receive a five-year grant from the Council in Social Work Education, the National Association of Social Workers, and the New York Community Trust to train social work students to be healthcare leaders. Social Work HEALS (Social […] 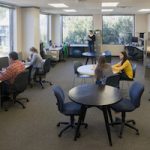 The School of Social Work may be one of the smaller units at UT Austin but it is pretty powerful when it comes to bring money to advance research. During fiscal year 2013-2014, social work faculty and researchers brought $10 million in grants, which places our school in seventh place on the UT Austin campus, […]

TOM’S shoes and Food Recovery Network are well known examples of social entrepreneurship, or the use of business skills and strategies to address social problems. Social work professor Dorie Gilbert has built upon this trend for her new signature course, Social entrepreneurship: Starting a business for social change, where students design, pitch, and launch  an […] 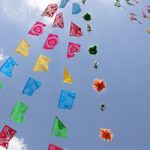 The School of Social Work has joined with the Teresa Lozano Long Institute of Latin American Studies (LLILAS) to establish a dual degree program at the graduate level, the first of its kind in the United States. The dual degree will address the gap in services for U.S. Latinos and Latin American immigrants. Graduates of […] 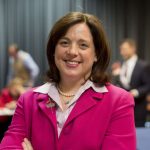 Noël Busch-Armendariz provided expertise to the White House Task Force to Protect Students From Sexual Assault, which this past April released its first-ever report, “Not Alone.” The report lists the School of Social Work at The University of Texas at Austin as one of the three schools in the nation that are conducting research to better […]

Founded and run by professor Michel Lauderdale, the Longhorn Leaders program engages students at The University of Texas at Austin to work with at-risk middle school students, helping them to stay out of trouble and stay in school. As the program marked its 10th year this past April, it received commendations from the Texas Legislature, the […]