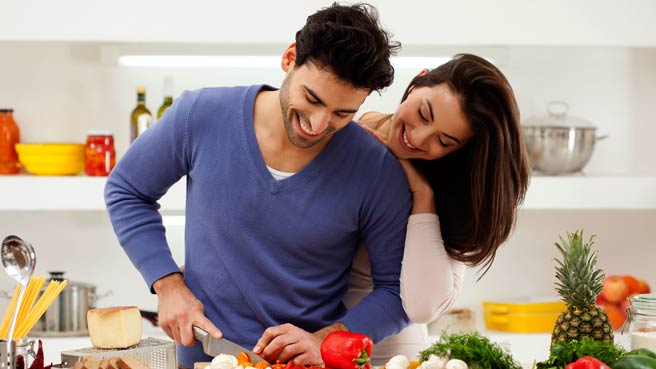 Most previous literature on the division of family work began with the naive assumption that the massive gender rearrangements that began in the late 1960s would, unlike any other major social transformation in history, have instantaneous results. Researchers therefore did not take a sufficiently long view of change over time. Our ongoing studies of couple relationships reveal instead that change has been continuous and significant, not merely in younger couples who begin their relationship with more flexible ideas about gender, but also in older couples where the wife has worked long enough to change her husband’s values and behaviors (Sullivan 2006). We believe that the transformation of marriage that has occurred in the comparatively short period of 40 years is too great a break from the past to be dismissed as a slow and grudging evolution that has not fundamentally changed family dynamics. Men and women may not be fully equal yet, but the rules of the game have been profoundly and irreversibly changed.

In the USA, men’s absolute and proportionate contributions to household tasks increased substantially over the past three decades, substantially lessening the burden on women. National cross-time series of time-use diary studies show that from the 1960s to the 21st century, men’s contribution to housework doubled, increasing from about 15 to over 30 percent of the total (Robinson & Godbey 1999; Fisher et al 2006). By the early 21st century, the average full- or part-time employed US married woman with children was doing two hours less housework than in 1965.

The most dramatic increase in men’s contributions has been to child care. Between 1965 and 2003, men tripled the amount of time they spent in child care (Bianchi, Robinson and Milkie 2005; Fisher et al 2006). Fathers in two-parent households now spend more time with co-resident children than at any time since large-scale longitudinally comparable data were collected (Coltrane 2004; Pleck and Masciadrelli 2003). In this period, women also increased their time spent in childcare and interaction with children, doubling it over the period from 1965 to 2003. This mutual increase in child care appears to be related to higher standards for both mothers and fathers about spending time with children.

These trends are occurring in much of the Western industrial world, suggesting a worldwide movement toward men and women sharing the responsibilities of both work-life and family life. Data from 20 industrialized countries over the period 1965-2003 reveal an overall cross-country increase in men’s proportional contribution to family work (including housework, child care and shopping), from less than one-fifth in 1965 to more than a third by 2003 (Hook 2006).

Furthermore, an analysis of couple’s relative contribution to housework in Britain found a steady growth from the 1960s to the 1990s in the percentage of families where the man contributed MORE time to family work (including housework, shopping and child care) than the woman. This trend was particularly marked among full-time employed couples (Sullivan 2006).

There is, overall, a striking convergence of work-family patterns for US men and women. While the total hours of work (including both paid and family work) done by men and women have remained roughly equal since the 1960s (Fisher et al 2006) – in particular for parents (Bianchi et al 2006) – there has been a growing convergence in the hours that both women and men spend in the broad categories of paid work, family work and leisure (Fisher et al 2006). Women’s paid work time has significantly increased, while that of men has decreased. Correspondingly, women’s time devoted to housework has decreased, while the time men spend in family work of all kinds has increased.

Will men’s contributions continue to increase?

We believe that increases in men’s involvement in family work are part of a continuing rather than a stalled revolution, and are likely to continue as more women join the labor force. Men share more family work if their female partners are employed more hours, earn more money, and have spent more years in education.

In addition, whatever a man’s original resistance to sharing, we have found that men’s contributions to family work increase over time: The longer their female partners have been in paid employment, the more family work they are likely to do (Gershuny et al 2005).

All these trends are likely to continue for the foreseeable future. According to national opinion polls, belief in gender equality within families continues to gain acceptance among both men and women. And with greater belief in gender equality and more equal sharing of tasks comes the possibility of more equal and open negotiation about who does what in families (Sullivan 2006). This should have positive outcomes for the families involved, since research shows that when men do more of the housework, women’s perceptions of fairness and marital satisfaction rise and the couple experiences less marital conflict (Coltrane, 2000). Supporting the general association between sharing housework and healthier marriages, Cooke (2007) found that couples in the USA who have more equal divisions of labor are less likely to divorce than couples where one partner specializes in breadwinning and the other partner specializes in family work.

Conclusion: not a call for complacency!

American couples have made remarkable progress in working out mutually satisfying arrangements to share the responsibilities of breadwinning and family care. And polls continue to show increasing approval of such arrangements. So the revolution in gender aspirations and behaviors has not stalled. But progress in getting employers to accommodate workers’ desires has been less encouraging, as high earners are forced to work ever longer hours, while less affluent earners face wage or benefit cuts and layoffs that often force them to work more than one job. Aside from winning paid parental leave laws in Washington and California (with similar bills being considered in Illinois, Massachusetts, New Jersey, and New York), families have made little headway in getting the kind of family friendly policies that are taken for granted in most other advanced industrial countries. Even as American couples’ beliefs and desires about gender equity have grown to be among the highest in the world, America’s work policies and social support systems for working parents are among the lowest. (See “How Does the US Rank in Work Policies for Families? https://contemporaryfamilies.org/subtemplate.php?=briefingPapers&ext=workpolicies ).

All in all, the “stalled revolution” in America is not taking place in families but in the highest circles of our economic and political elites.

Coltrane, Scott (2000). Research on household labor: modeling and measuring the social embeddedness of routine family work. Journal of Marriage and the Family, 62, pp.1209-1233.