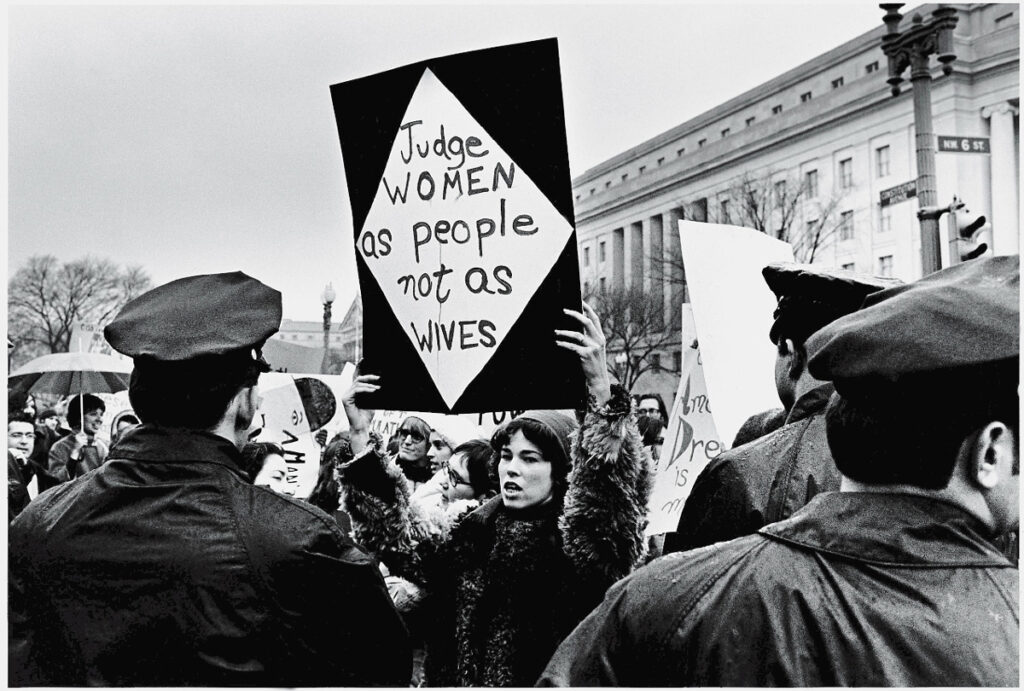 From 1968 through the 1980s, the former Phillip Morris company promoted a new brand of cigarettes to women under the slogan: “You’ve come a long way baby.” For once, an ad agency was not exaggerating. Between the early 1960s and the end of the 1980s, sex-segregated want ads were outlawed, equal pay laws were passed, courts prohibited older practices of establishing admissions and hiring quotas and assigning promotions on the basis of sex, laws giving husbands authority over their wives were repealed, women gained access to educational fields, sports, and jobs formerly closed to them, and traditional prejudices against women dramatically lessened.

But what has happened since the end of the 1980s? When we look at the contrast between 1950 and today, it may appear that we are in the midst of an ongoing and irreversible revolution in gender roles and relationships. In 1950, less than 30 percent of women worked outside the home, and the typical woman who worked full-time year round earned just 59¢ for every dollar earned by men. By 2010 more than three-quarters of women worked outside the home. On average, women now make almost 75 percent as much as men, and women in their 20s actually earn more than their male counterparts in several metropolitan areas.

In 1950 employed women worked in a handful of almost exclusively female occupations. Today, they are represented across nearly the entire spectrum of occupations. In the late 1960s just over half of voters said that they would vote for a well-qualified woman for president if their party nominated one. By the late 1990s more than 90 percent said they would. In 1960 only a third of college degrees were awarded to women – by 2010 58 percent of bachelor’s degrees went to women.

Many people believe that these changes have pushed us to a tipping point. In 2010, the widely lauded Shriver Report declared that America had become “A Woman’s Nation” – a fact that “Changes Everything.” Some have wondered if we might be facing, as an Atlantic Monthly article asked, “the end of men,” or at least of male dominance. Others argue, in the title of a March 2012 book, that “the new majority of female breadwinners” portends the emergence of women as “The Richer Sex.”

Our research suggests that such claims are wildly exaggerated. In fact, beginning in the 1990s, there was a significant slowing in progress toward gender equality that has yet to be reversed. Consider the following indicators:

A similar pattern can be observed in the desegregation of college majors – rapid progress in the 1970s and then a stalling after the mid-1980s. In some fields, women have even lost ground since the mid 1980s. In 1970 only 14 percent of computer and information sciences degrees were granted to women. By 1985 women’s share had increased almost threefold, to 37 percent. But by 2008 women accounted for only 18 percent of degrees in the field.

Another question explores beliefs about whether men are better suited to politics than women. In 1977 half of those polled said yes and half said no. But by 1996, only 21 percent of Americans agreed that men are better suited than women. This rose to 26 percent in 2008 and then fell to 22 percent in 2010 – a much smaller figure than in 1977 but essentially no change since 1996, despite the excitement generated by the campaigns of Hillary Clinton and Sarah Palin.

The final gender attitude question asks people whether they agree that “It is much better for everyone involved if the man is the achiever outside the home and the woman takes care of the home and family.” In 1977 66 percent of Americans agreed and only 34 percent disagreed. These percentages were reversed by 1994, with only 34 percent agreeing that such traditional marital arrangements were better and 66 percent disagreeing. Again, though, since 1994 there has been slippage in support for egalitarian family arrangements. The percentage disagreeing fell to 60 percent in 2000, then crept up to 64 percent in 2010, 2 points lower than in 1994.

When we first started writing about this subject, we wondered whether what we were observing was real, whether it was significant, and whether it was a permanent shift or temporary setback. Today we still have the same questions – but are more confident that it is real and more certain that it matters. We do not know whether there will be renewed progress in the near future, but at this point it is clear that although the gender revolution has not been reversed, it is stalled on several fronts – and there is still a long way to go. -DC, JH, RV / March 6, 2012

Boushey, Heather. 2008. “Opting Out? The Effects of Children on Women’s Employment in the United States.” Feminist Economics. 14: 1-36.