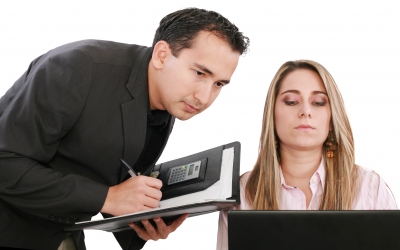 Back in the 1800s, the U.S. labor movement aimed at reducing impossibly long working hours—and succeeded with the Adamson Act in 1916, which gave us the 40-hour work week. A century later, that’s all changed. Research released this month in the journal Gender & Society confirms that “overwork”— working more than 50 hours per week—has become part of the job for many Americans, though with different effects for men and women. Over the past thirty years, hours at work—especially in higher income jobs—have increased, and over one-third of men and nearly one-fifth of women in professions work more than a 50-hour week.

A new Gender & Society study reveals how overwork contributes to the “stalled gender revolution” and helps to explain why there isn’t more equality in the workplace, despite the popular belief that equality between men and women is a social good. The new study gives hints, too, about the challenges women face in order to “lean in” and get ahead.

Who is affected by overwork? In “Overwork and the Persistence of Gender Segregation in Occupations,” Indiana University sociologist Youngjoo Cha reports that overwork affects men and women differently—especially in fields where there are a lot more men than women to begin with. Dr. Cha finds that the impact of overwork on men and women is especially pronounced in occupations where the majority of employees are men, known as “male dominated occupations.” She found that:

The problem, according to Cha, is simple. Overworking mothers continue to have a larger share of caregiving responsibilities, compared to other workers. Cha explains that “Overwork disadvantages women with children in particular. In overworking workplaces, you have to be there or be on call all the time. That expectation can be met by people who have few caregiving or community responsibilities and who are not primary caregivers at home.” While men and women have adjusted their ability to share domestic caregiving in recent years, these more extreme situations of overwork demonstrate the limits of the flexibility that men and women often aim for—but can’t always achieve.

Why does overwork affect mothers only in male-dominated professions? Cha’s finding that overwork discourages women in male-dominated occupations begs the question, why? “If it were a case of women’s reticence to work additional hours,” Cha explains, “we would expect overworking women to be discouraged regardless of whether mainly men or women were at work.” But her results do not show that. Instead, the results suggest that something about jobs that are mainly populated by men discourages women. What’s that something? Cha observes that male-dominated professions are more likely to maintain strong and inflexible expectations of overwork.

Does this tell us anything about what dual earner couples can expect? Workplaces dominated by men tend to operate on outdated assumptions about “separate spheres” marriage — that is, families that have a homemaking woman and a breadwinning man. Yet today both partners are employed in nearly eighty percent of American couples.

Is this a case of opting out? Cha considered whether she had found evidence of “opting out”—the claim that women, when they can, leave work when they become mothers. “In my study, not all women with children leave the labor force. When they work long hours, it is the combination of being a mother, working long hours, and being in a male dominated profession that is discouraging.” Where overwork only in a male-dominated occupation influenced married women’s choices, Cha also found that husbands’ income didn’t change the basic findings.

In her article, Cha argues for promoting workplace policies that minimize the expectation for overwork, such as setting the maximum allowable work hours, prohibiting compulsory overtime, expanding the coverage of the Fair Labor Standards Act’s overtime provisions, and granting employees the right to work part-time hours without losing benefits. She advocates labor policies that can reduce work-family conflicts and benefit women, men, families, and firms.

As University of Massachusetts sociologist Joya Misra, editor of Gender & Society, comments, “‘Leaning in’ might not be the same for everyone. Cha’s study shows us that despite our best efforts, work and home still seem to generate unequal opportunities and benefits. The loss affects everyone: We’ll stop losing highly qualified women in their careers of choice when we reduce barriers like the culture of overwork and unequal sharing of care-work at home.”

The study is based on analysis of the Survey of Income and Program Participation, a national longitudinal household survey collected by the U.S. Census Bureau. The data covers years from 1996 through 2007. The sample was limited to full-time workers ages 18-64 who were in a job at the beginning of each of the survey periods.

Youngjoo Cha is Assistant Professor of Sociology at Indiana University. She studies gender, work, labor markets, social inequality, and employment discrimination. Her research explores sources of gender inequalities in labor market processes, institutional contexts, and the interplay between work and family. She is currently investigating how new ways of organizing work can reinforce gender earnings inequality. She can be reached at cha5@indiana.edu.

Sociologists for Women in Society (SWS), currently headquartered at Southern Connecticut State University, works to improve women’s lives through advancing and supporting feminist sociological research, activism and scholars. Founded in 1969, SWS is a nonprofit, scientific and educational organization with more than 1,000 members in the United States and overseas. For more information, contact Dr. Shirley A. Jackson, Professor of Sociology at Southern Connecticut State University and SWS Executive Officer, at swseo@socwomen.org.

The Council on Contemporary Families is a non-profit, non-partisan organization of family researchers, mental health and social practitioners, and clinicians dedicated to providing the press and public with the latest research and best practice findings about American families. For more information on CCF researchers, contact Stephanie Coontz, Director of Research and Public Education, coontzs@msn.com.