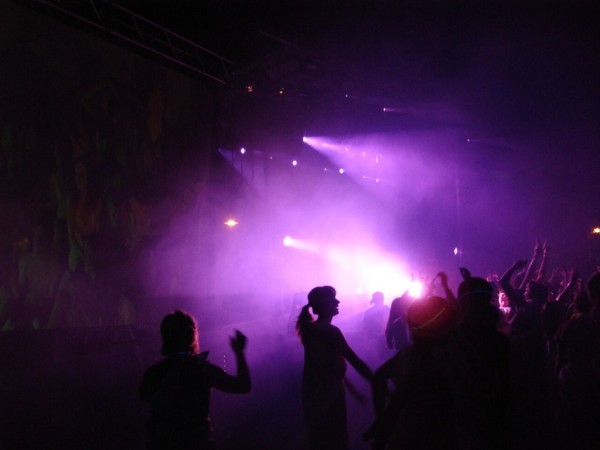 Has “hooking up” become the defining feature of college life? Does everyone do it? Does everyone want to? Most research on hooking up has examined college students who live on campus, or nearby, and hook up after alcohol-fueled parties. For example, the Online College Social Life Survey (OCSLS) of 21 colleges and universities shows that more than 70 percent of students, overall, hook up at some point in their college career. Even so, new research from the University of Illinois at Chicago, a diverse urban, public university with more commuters than on-campus residents, suggests that college sex is something quite different for the typical commuting student.

In a forthcoming study, “‘It Goes Hand in Hand with the Parties’: Race, Class, and Residence in College Student Negotiations of Hooking Up” (in February issue of Sociological Perspectives), Rachel Allison and CCF Senior Scholar Barbara Risman find that commuter students do not typically participate in hooking up culture-but they still believe it is a key feature of authentic college experience.

Allison and Risman explain, “The students we interviewed endorsed the media-driven belief that the ‘real’ college experience involves parties and hooking up. They explained, though, that it is simply unavailable to many of them.” Sociologists Allison and Risman found that only students who live on campus or in apartments away from their families have substantial opportunity to “hook up.” In particular, the authors found:

What is hooking up? “Hooking up” typically means some sexual activity-ranging from kissing to intercourse-outside of a committed relationship. While much research focuses on residential college students and shows participation is common, those studies also demonstrate that hooking up leads to sexual intercourse less often than college students-and the general public-imagine. According to OCSLS data, 40 percent of students who have ever hooked up report intercourse during their most recent hookup.

Commuters and minority students talked wistfully about missing what they believe–often based on what they see in movies or television of campus life–is the “real” college experience. The researchers explained, “They feel they are getting a second rate experience.” The researchers added, “It’s not that the commuting students don’t tell us they sometimes have casual sex-they do. But they do not participate in the hooking up culture that most students see as part of college life.”

Find Rachel Allison and Barbara Risman’s February 2014 article, “It Goes Hand in Hand with the Parties”: Race, Class, and Residence in College Student Negotiations of Hooking Up in Sociological Perspectives.

Allison and Risman analyzed 87 in-depth interviews with undergraduate students at the University of Illinois-Chicago for an article forthcoming in the February issue of Sociological Perspectives. Thirty-three percent lived on or near campus; 39 percent lived with their parents. The authors were especially struck by the extent to which students were convinced that the party and hookup scene was part of an authentic college experience. “On the one hand, our study demonstrates a lot more diversity in the way that students actually experience college-but on the other, it showed us that students don’t necessarily see the wide range of collegiate experiences as equally valid.” The authors reflected, “Could the real college experience be redefined as about learning? Of course, as college professors, we’d like to think it could.”

Barbara Risman, PhD, Professor and Chair of Sociology, University of Illinois-Chicago, and CCF Board Chair., at brisman@uic.edu or (312) 996-3074

Rachel Allison, PhD Candidate, Department of Sociology, University of Illinois-Chicago, at rallis2@uic.edu or (563) 209-1822.

For further information on hooking up, Paula England, PhD, New York University, led the 21-college Online College and Social Life Survey. She can be reached at pengland@nyu.edu.

For information about how the rise of dating in the early 20th century was equally shocking to observers at the time, contact Stephanie Coontz, Co-Chair and Director of Research and Public Education, at coontzs@msn.com, cell 360-556-9223.

Based at the School of Education and Human Development at the University of Miami, the Council on Contemporary Families is a nonprofit, nonpartisan organization of family researchers and practitioners that seeks to further a national understanding of how America’s families are changing and what is known about the strengths and weaknesses of different family forms and various family interventions.