By sheer coincidence, I arrived in Zug, Switzerland, a couple of days after the passing of Marc Rich (1934-2013) who was one of the world’s foremost commodities traders. It just so happens that this is the city where in 1974 Marc Rich and friends founded Marc Rich + Co AG which specialized in commodities trading. It is no accident that Rich set up his company in Zug which is a business-friendly tax haven cloaked in secrecy, located in a small country that specializes in tax shelters and bank secrecy. Rich sold his company in 1994 which then was renamed Glencore and today is one of the biggest traders in commodities–still based in Zug. 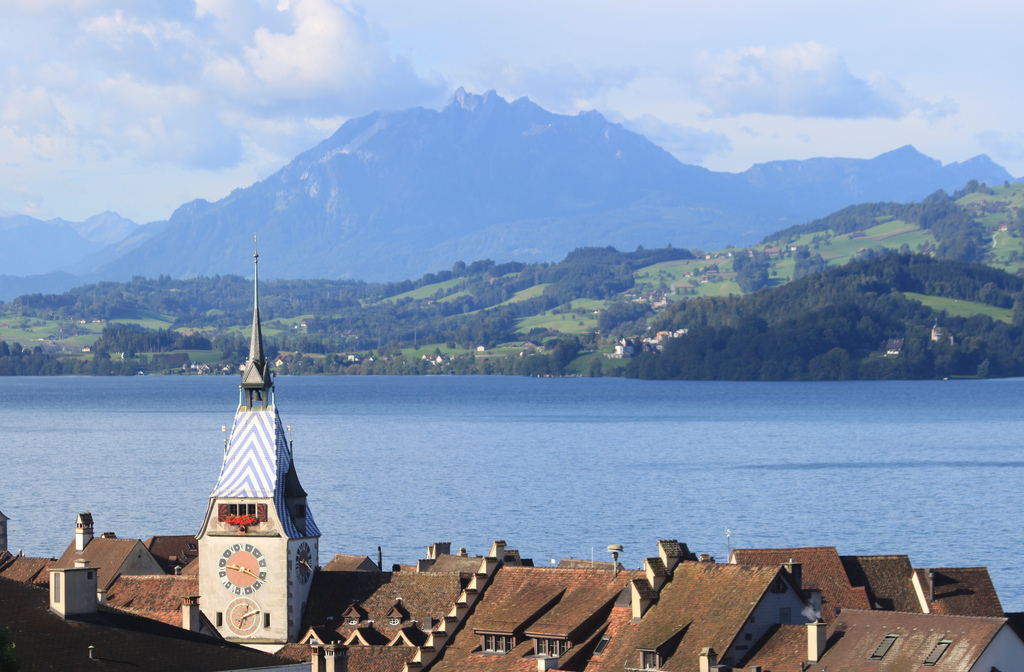 Marc Rich traded with anyone, and he pursued commodities even in countries with very difficult political situations where other traders stayed away. His company also traded with countries under US or international sanctions, such as Cuba, Iran, and South Africa during Apartheid, and with ruthless dictators like Pinochet, Ceausescu, Qaddafi, and others. A congressional investigation revealed that Rich for instance delivered Soviet and Iranian oil to South Africa and traded uranium from Namibia, which then was a South African protectorate, back to the Soviet Union in return. The Shipping Research Bureau in Amsterdam documented 149 oil deliveries to South Africa set up by Marc Rich between 1979 and 1993 in violation of the embargo. These oil deliveries were vital as oil was the only major raw material South Africa did not possess on its own.

Ken Silverstein in his well-researched 2012 profile of Marc Rich in Foreign Policy states that “the real secret to Glencore’s success is operating in markets that scare off more risk-averse companies that fear running afoul of corporate governance laws in the United States and the European Union.” Daniel Ammann, who wrote a Marc Rich biography entitled The King of Oil, in a 2010 interview with Reuters stated that Rich “went where others feared to tread – geographically and morally.” According to CNN Money, Rich was “one of the world’s most famous white-collar criminals,” and the Financial Times more bluntly called Rich a “buccaneering oil trader.”

Marc Rich was indicted in the US in 1983 on more than 50 counts of fraud, racketeering, evading income taxes, and breaking US and UN trade embargoes. At the time, he was considered the biggest tax evader in US history, and dealing with outlaw regimes had turned into his specialty. The FBI put Marc Rich on its most wanted list. In response, Rich renounced his US citizenship in 1984 and hunkered down in Switzerland which proved to be a reliable place of exile. Rich maintained his primary residence in Switzerland, first in Zug and then in nearby Meggen, until his death earlier this week. His exile only ended when President Bill Clinton pardoned Marc Rich on his last day in office on January 20, 2001–an act that left a stain on Clinton’s legacy. The record shows that influential politicians of another small state, Israel, had lobbied on Rich’s behalf, including Ehud Barak and Schimon Peres. In spite of Clinton’s pardon, Rich never dared to return to the United States out of fear that US officials would file charges not covered by the pardon.

But the question of interest here is why Switzerland offered Marc Rich a safe haven during his years as a refugee from the law. I see four major factors. Perhaps most importantly, Switzerland makes a distinction between tax evasion and tax fraud. Only tax fraud is considered a felony, while tax evasion, no matter the amount and degree of criminal intent, remains a minor civil offense not unlike a parking ticket. While most of the civilized world sees this as an artificial and self-serving distinction, it prevented Marc Rich from being extradited to the United States. This issue, by the way, is at the core of current taxation conflicts between Switzerland and the outside world, most notably the United States and the European Union. This quirk in Swiss tax law, in conjunction with bank secrecy laws, provides legal cover for tax evaders who hold accounts in Switzerland but whose tax home is elsewhere.

A second factor is the Swiss policy of absolute neutrality which the country implemented after WW II and was only softened when Switzerland joined the UN in 2002. In this strict interpretation of the 1907 Hague Convention on the “Rights and Duties of Neutral Powers,” Switzerland abstained from international actions against other countries, even trade embargoes. Therefore, Switzerland continued to trade with the Apartheid regime in South Africa , including the sale of war materials. Swiss corporations thus were free to engage in trade with countries like South Africa or Iran. Switzerland offered a safe home base to Marc Rich who had free hand to trade commodities with renegade countries like South Africa and thus to circumvent UN trade sanctions and embargoes and profit from them.

The third factor is that Marc Rich was good for business in Zug. Marc Rich and his corporation brought wealth into the community, and he enjoyed the protection of local politicians in return, particularly during the 1980s when he was a fugitive. Ties to then Zug mayor Walther A. Hegglin and to Georg Stucky, the cantonal minister of finance from 1975 to 1990, appear to have been particularly close. Hegglin allegedly coined the saying, “Was gut ist für Marc Rich, ist auch gut für Zug.” (What is good for Marc Rich is good for Zug as well.) In an interview with the Neue Luzerner Zeitung this week, Hegglin stated, “We owed a lot to Marc Rich,” explaining that tax revenue from Rich’s company created a windfall for the city. Stucky served on the board of the Marc Rich Group and of some of his charitable foundations from the early 1990s onward and has remained a close business associate until now–even though he simultaneously was a member of the National Council (lower chamber of the Swiss national parliament) from 1979 to 1999. In an Associated Press article by Clare Nallis from 2001 he is quoted as saying about Rich: “The whole picture of him has been completely distorted. He is an extremely generous man and he’s done an incredible amount of good.”

The fourth factor is that Marc Rich after his 1983 indictment in the US stepped up his philanthropic efforts which benefited Switzerland, other European countries, and Israel. According to his own official biography, his foundations have donated over $150’000’000 to various charitable causes. The Swiss Foundation for the Doron Prize, founded in 1986, recognizes Swiss “individuals and institutions that devote time, energy and/or financial resources to the fields of social welfare, education, arts and culture, and science.”  The Marc Rich Foundation for Education, Culture and Welfare, chartered in 1991, seeks to promote education, art, culture and scientific research in Europe and Israel. And in 1989, Rich donated his extensive photography collection to the Kunsthaus Zürich, the premier art museum in Switzerland. Furthermore, he was an important sponsor of the EVZ, the local hockey club and one of the top teams in Switzerland. Through his philanthropy and a public relations campaign, “he achieved a level of social respectability in Swiss society not usually afforded to those facing 325 years in an American prison if the feds had had their way,” as the obituary in The Economist cheekily points out.

The story of Marc Rich shows how easily a wealthy renegade can sway the public opinion and achieve respectability by cleverly catering to small state sensibilities. But even in Zug, Marc Rich was not without detractors. Josef “Jo” Lang of the Green-Alternative movement created a political career out of his opposition to Marc Rich and his business practices, as he told the Zurich daily Tages-Anzeiger this week, and his party tends to garner around 20 per cent of the popular vote. In a small state, colorful and controversial figures like Marc Rich quickly can rise to a level of notoriety not seen in large states, but this also true for their equally colorful detractors.