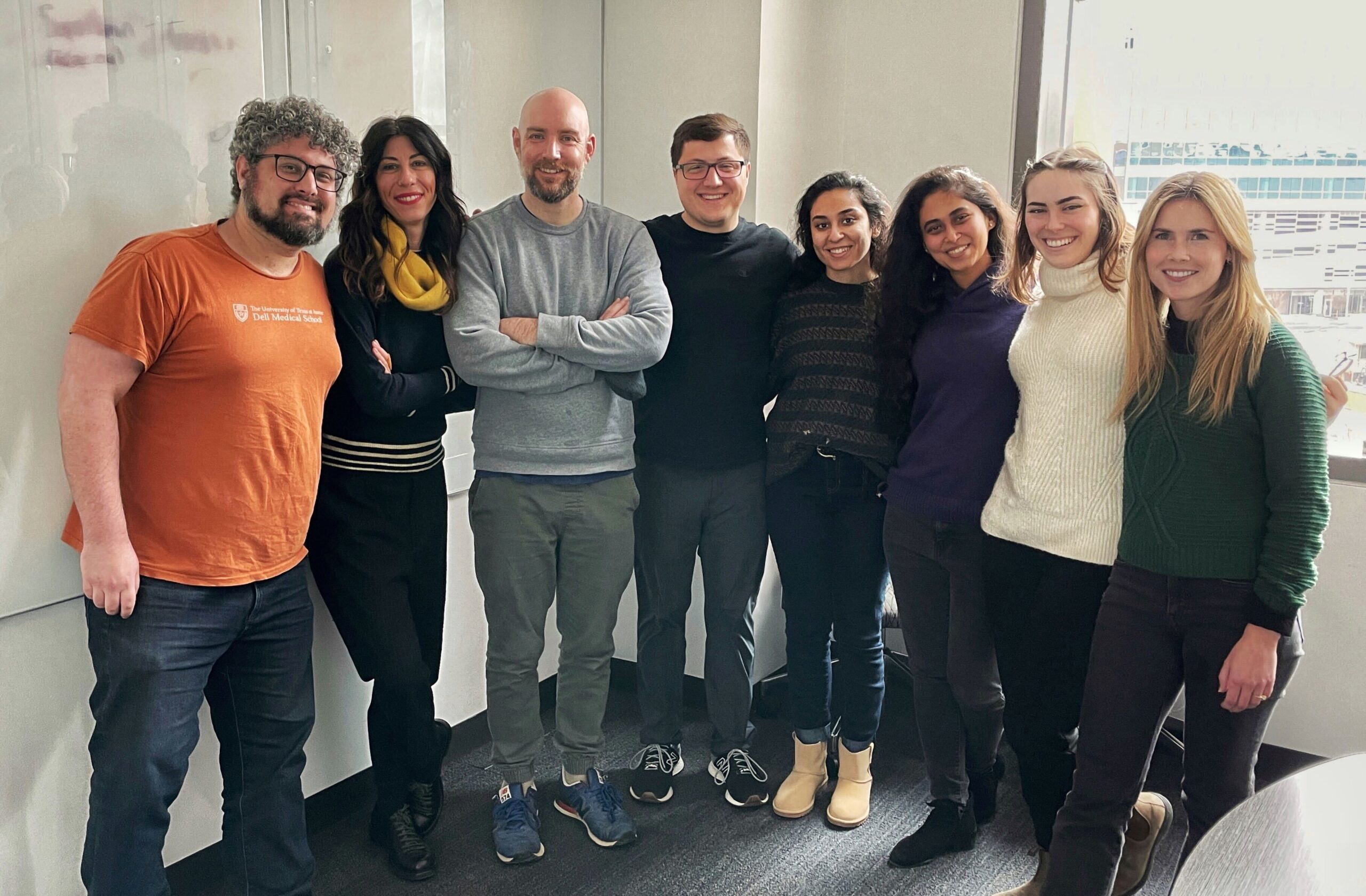 Each member of our lab brings with them a unique set of skills and interests.  We love our research team! 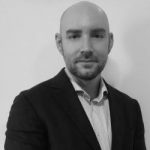 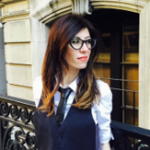 Carola received her Ph.D. in Experimental Psychology, Linguistics, and Cognitive Neuroscience at the University of Milano-Bicocca where she began studying the neural mechanisms underlying creativity. Carola worked as a postdoctoral fellow at Northwestern University and the Shirley Ryan AbilityLab in Chicago, where she narrowed her interest to studying idea generation, specifically insight problem-solving (the “Aha!” moment). Carola’s work aims to understand the following: the role played by reward (and the dopamine system) in creativity and insight problem-solving; the involvement of the vision system in idea generation; and the role of the right anterior temporal area when people have creative insights. Carola contributed to pioneering the “accuracy effect” associated with “Aha!” moments, demonstrating that the feeling of certainty that accompanies creative ideas is warranted by high accuracy. Her work counts the first Italian versions of the Compound Remote Associates problems and the Rebus Puzzles, enabling researchers to investigate the insight problem among Italian speakers. She has experience working with TBI, Parkinson’s and neglect patients, and has mastered several techniques of research such as eye-tracking, imaging, and brain stimulation. 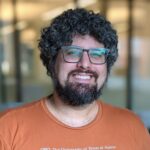 Sam completed his PhD in the Clinical Science and Psychopathology Research Program at the University of Minnesota under the mentorship of Dr. Shmuel Lissek. He is interested in the interactions between fear and avoidance processes and how potentially maladaptive manifestations of these processes (e.g., overgeneralization) relate to normative individual differences (e.g., broadband personality dimensions, such as the Big Five) and psychopathology (e.g., PTSD and OCD), with a goal of leveraging this work to inform etiological accounts of and interventions for anxiety and trauma-related psychopathology. Sam is also interested in improving methodology at the intersection of experimental and individual differences sciences. He uses a range of measurement modalities and multivariate statistical approaches (e.g., EFA, SEM, mixture models) to support this work. His clinical interests are centered on PTSD and anxiety pathology.  Sam is a New Yorker both in terms of origin and temperament, and his hobbies include judo, amateur freshwater fishkeeping, and discussing obscure sports and John Wick trivia. 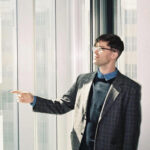 Patrick has a background in experimental psychology and cognitive neuroscience and completed his PhD at Melbourne Neuropsychiatry Centre at The University of Melbourne, under the mentorship of Professor Ben Harrison. Using lab-based behavioral studies and 7-Tesla fMRI, his doctoral research used novel iterations of the ‘Pavlovian conditioned inhibition’ paradigm to characterize safety learning, the process by which a stimulus comes to predict the absence of threat. He is interested in integrating principles of associative learning theory with contemporary behavioral neuroscience methods (e.g., neuroimaging), with the aim of producing richer brain-based characterizations of behavioral processes, including those implicated in the pathophysiology & treatment of psychiatric illness (e.g., PTSD, anxiety disorders, & others). Outside of research, his interests include music, film, books, travel, & meditation. 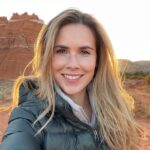 Nicole Keller, a Costa Rican native, received her Bachelor of Science in Neuroscience and a Business Foundations Certificate at the University of Texas at Austin. She is a PhD student in the Institute of Neuroscience. Nicole’s research interests include, but are not limited to, the opposing roles of reward and fear in human learning and memory. Particularly, the effect of reward on fear extinction. Through the use of psychophysiology and neuroimaging methods, she is investigating how the presence of a reward during fear extinction can enhance the function and efficacy of a safe memory, and further prevent relapse of fearful behaviors. Outside of the lab, she thoroughly enjoys being in the presence of her cat, Ivy, buying plants, and learning French. 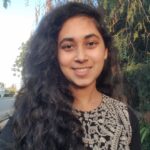 Ayesha is originally from Pakistan, later settled in California. She received BS in Cognitive Sciences (concentration in Cognitive Neurosciences) along with honors and an Order of Merit from University of California, Irvine, in 2016. Post graduation, she worked as a Clinical Research Coordinator at Stanford University before joining UT Austin’s Neuroscience PhD program. Ayesha is interested in researching how memory processes are influenced by emotion, specifically how memory of when events happened across time is affected by emotional factors. She’ll pursue such questions by leveraging behavioral and neuroimaging techniques under the co-mentorship of Joseph Dunsmoor and Alison Preston. She hopes that some of her research will have clinical implications, especially for PTSD and depression. Ayesha loves animals (especially her two cats!), driving (not in traffic), and trying new adventures. 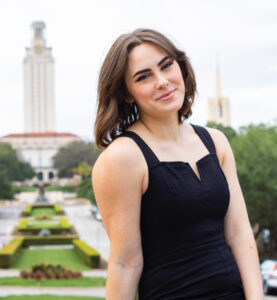 Sophia received her BSA in Neuroscience honors with a certificate in Evidence and Inquiry: The Biological Basis of Sensitivity from UT Austin in May of 2021. She has worked as an undergraduate research assistant in the lab since the Summer of 2019 and plans to pursue a PhD in Neuroscience in 2023. Sophia’s research interests involve the role that temperamental sensitivity plays in how individuals acquire and process trauma, especially PTSD and complex PTSD. In her free time, she dances, does theatre, lifts weights, and cuddles her dog Jersey. 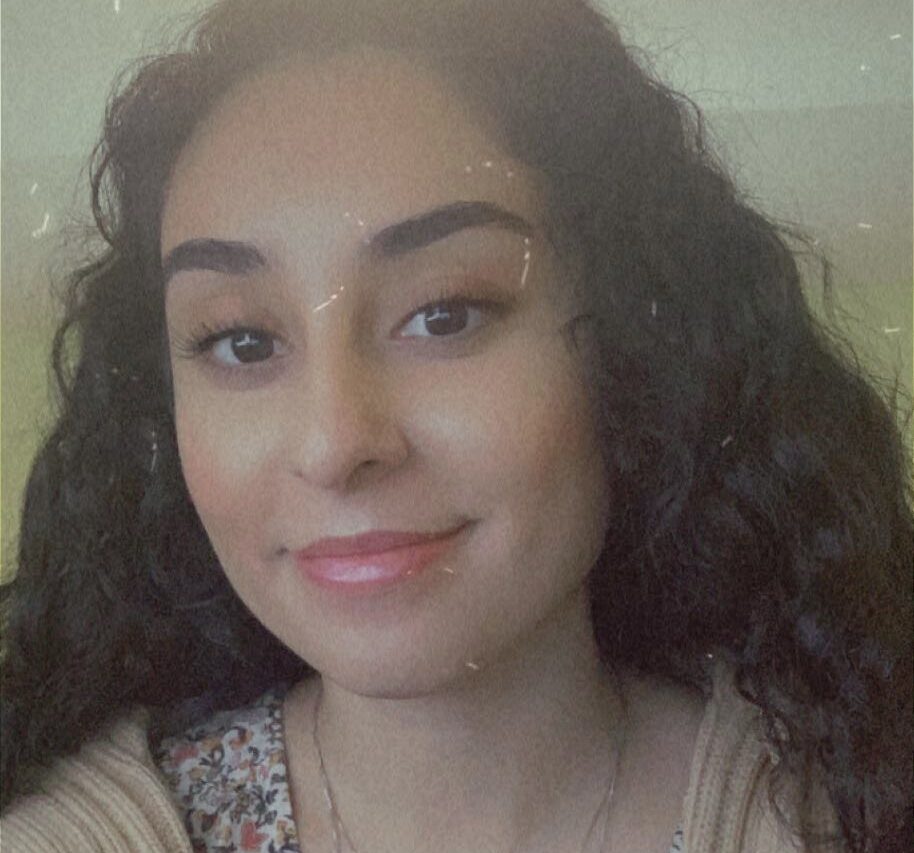 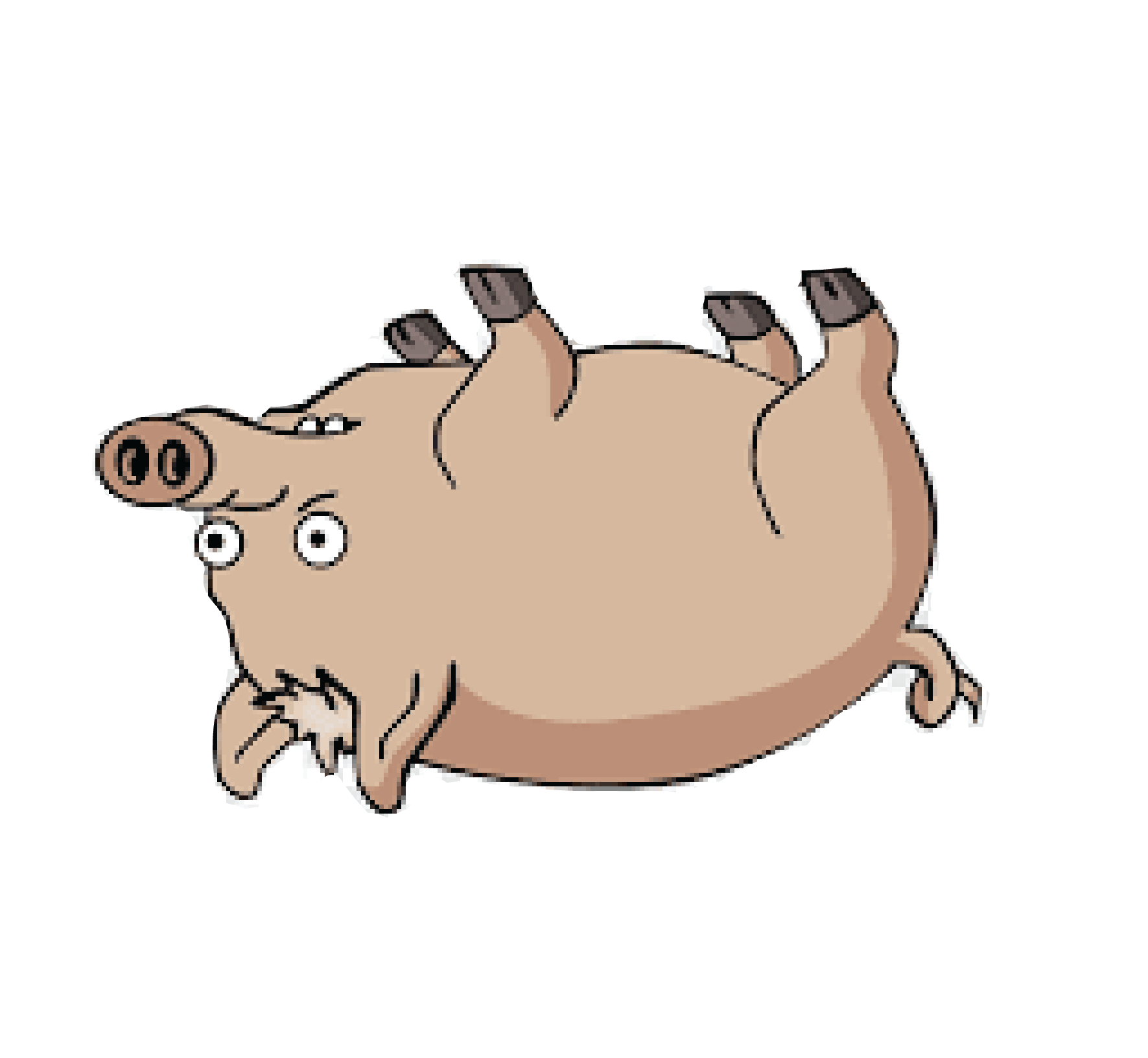 Ameera graduated in May of 2021 from UT Austin with a BSA in Neuroscience with a certificate in Pre-Health Professions. She worked as a Research Assistant in the Preston Lab for two years during her undergraduate studies and plans to earn a PhD in Clinical Psychology. She’s interested in how trauma affects memory in neuropsychiatric clinical populations. 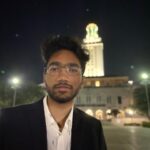 Rithvik is an undergraduate student at UT Austin pursuing a BS in Neuroscience and a certificate in the Elements of Computing on the pre-medical track. His research interests involve fear and its affects on one’s memories and behaviors. In his free time, Rithvik enjoys reading books, playing tennis, and coffee. 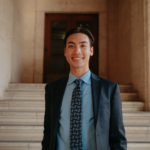 Andrew is a junior at UT Austin majoring in Neuroscience with a minor in Business on the pre-medical track. He has worked in the lab as an undergraduate assistant since October of 2021. Andrew’s research interests include  the role that memory consolidation plays in PTSD, and how these can be altered with false memories. In his free time Andrew enjoys running, outdoor activities and listening to music.

Vivek is an undergraduate student at UT Austin working towards a BS in Neuroscience and a BA in the Plan II program. He is interested in the use of statistical techniques like machine learning and modeling to find insights from behavioral and imaging data. In his free time, he enjoys exploring Austin, hiking, and playing chess. 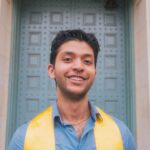 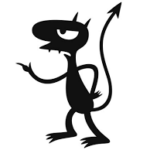 Amrit Banwait received his B.S. in Neuroscience from UT Austin in May of 2021, and is currently applying to medical school. His research interests include the relationship between mental illness and cognition, and how altered states of consciousness can both serve as models to better understand this relationship and be utilized to positively impact psychological processes. In his free time, Amrit enjoys meditating, being outdoors, and learning new languages. 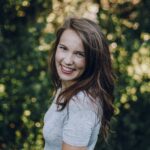 Caroline is an undergraduate student at UT Austin pursuing a BSA in neuroscience honors along with certificates in Children and Society and Evidence and Inquiry. Her research interests include the influence of emotion and trauma on cognitive processes such as learning and memory. Her interests are influenced by experiences with mental health advocacy and a desire to shape mental health treatments with neuroscience and psychiatry research. In her free time Caroline enjoys embroidering, watching docuseries, and trying new recipes. 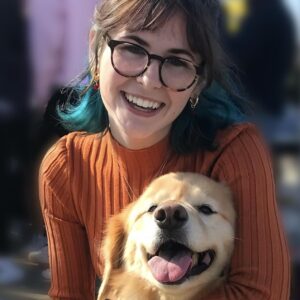 Sydney is a senior undergraduate majoring in Psychology and minoring in French Studies. Her previous role in direct care with traumatized youth propels her interests in researching PTSD and trauma’s impact on memory and development. Sydney’s hobbies include writing poetry (French & English), drawing, and hanging out with her four gerbils: Goose, Moose, Duck, and Soup! 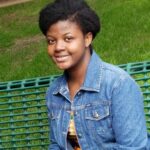 Precious is an undergraduate student at UT Austin pursuing a BS in
Psychology honors. Her research interests include the role of trauma on
cognition and behavior. She is also interested in how environmental and genetic
factors play a role in mental illness. In her free time, Precious enjoys sewing, reading, and telling stories through videos. 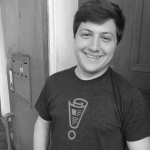 Gus Hennings graduated from UT Austin with his Ph.D. in neuroscience in 2022. His dissertation was titled “Contextual processes in Pavlovian conditioning and extinction: insights from episodic memory.” He is currently a post-doctoral research fellow working with Dr. Ken Norman at Princeton University, where he is using real-time fMRI neurofeedback to develop interventions for PTSD. Previously, he graduated with honors with a B.S. in Neuroscience from The College of William and Mary in 2016. 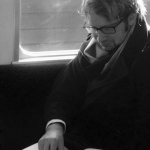 Mason McClay received his BS from Centre College in Behavioral Neuroscience and a BA in Classical Studies in 2017. Mason’s research interests involve emotion regulation and the flexibility of self-identity and their implications on memory. Mason is currently pursuing a PhD at UCLA under the mentorship of Dr. Dave Clewett and having all his Zoom meetings on poor internet connections in state parks! 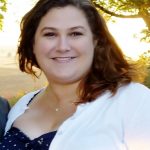 Emily earned her Ph.D. in Psychology from the University of Missouri in 2017, where she investigated how memory content and quality are instantiated in the brain during the act of remembering, using EEG, fMRI, and advanced pattern classification methods. After completing her degree, Emily worked as a Postdoctoral Research Fellow for the Center for Neurobehavioral Research at Boys Town National Research Hospital, where she contributed to a large-scale longitudinal neuroimaging study of emotion cognition interactions in youth with diverse behavioral and emotional problems and psychopathology.  Emily is currently a postdoctoral scholar at the University of Pittsburgh! 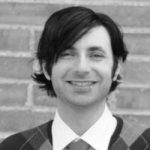 Jarid Goodman held a post-doctoral research associate in the laboratory of Joseph Dunsmoor at the University of Texas at Austin from 2017-2018. Jarid received his PhD in Neuroscience at Texas A&M University in 2016 and has previously served as a postdoctoral research scientist in the laboratory of Christa McIntyre at the University of Texas in Dallas. His research interests include the neurobiology of multiple memory systems and emotional modulation of memory. He is now assistant professor of Psychology at Delaware State University! 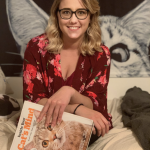 Carly Hatchell received her Bachelor of Science in Biomedical Engineering and a Business Foundation Certificate from the University of Texas at Austin in 2018. Carly’s research interests include PTSD and the role of early emotional or traumatic experiences in learning and development. She grew up in the Netherlands, and she is passionate about mental health, meditation, science, and her cat, Mr. FitzLokerton McMeowMeow.