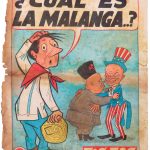 BY ADRIAN JOHNSON COMIC BOOKS, originally created as entertainment for children, were long relegated to dime-store magazine racks, children’s bookshelves, and the cheap bin at used bookstores. While sales of comics today are struggling, in recent years they have come to occupy a more important … END_OF_DOCUMENT_TOKEN_TO_BE_REPLACED 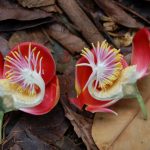 BY MEGAN RABY At the end of 1960, near Cienfuegos, Cuba, on the Soledad estate of a US-owned sugar company, the American Director and Cuban staff of Harvard’s Atkins Institution began packing up their scientific equipment. The Cuban Revolution had caught up with them. Director Ian Duncan Clement, … END_OF_DOCUMENT_TOKEN_TO_BE_REPLACED 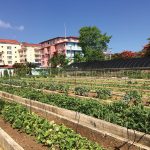 BY SARA LAW My fieldwork and the last year of my master’s research occurred during a remarkable time in Cuban politics and Cuba–U.S. relations. On December 17, 2014, President Barack Obama announced a shift in policy toward normalizing relations between Cuba and the United States: Today, the … END_OF_DOCUMENT_TOKEN_TO_BE_REPLACED