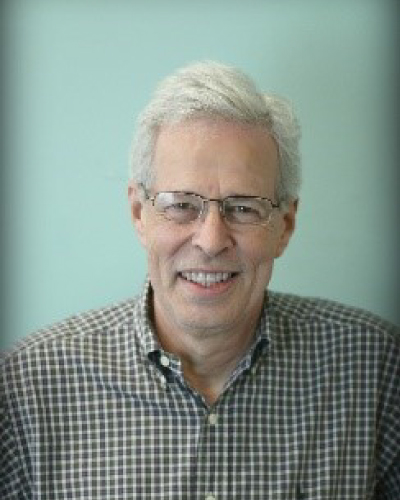 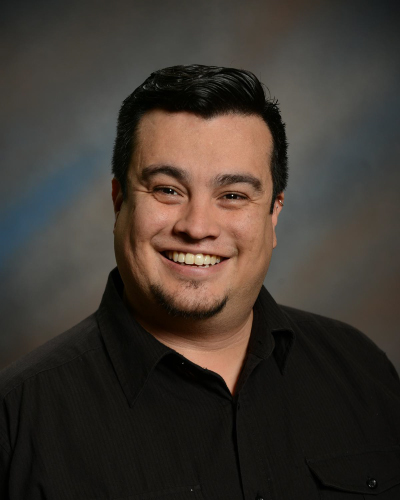 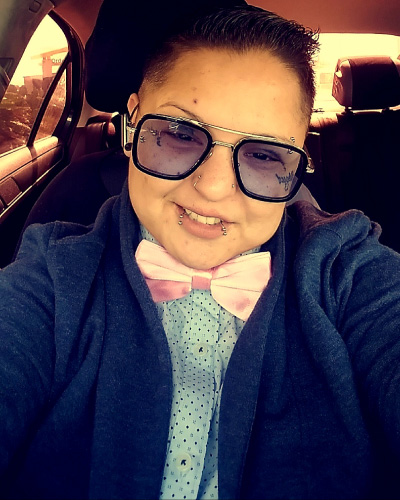 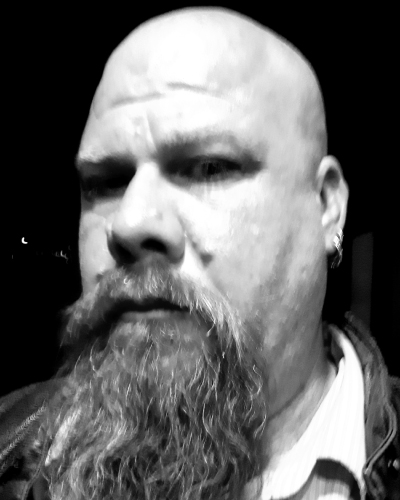 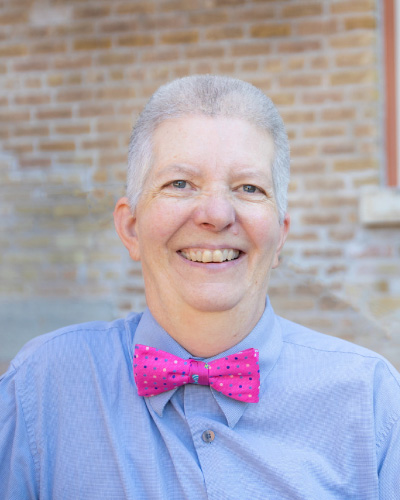 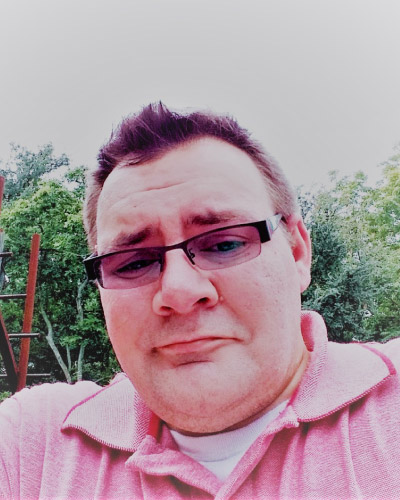 In early 2018, eleven people gathered in a room for a conversation.

“What do you wish you had had when receiving services? What is at the heart of the issue?” Shane Whalley asked. “What do you think is possible?”

Whalley, the owner of Daring Dialogues Consulting and an adjunct professor in The University of Texas at Austin’s Steve Hicks School of Social Work, was leading a meeting of a workgroup of individuals with lived experience in both the LGBTQ community and working as peers in behavioral health service settings.

The workgroup would prove integral to the creation of a widely-applicable training on creating LGBTQ-affirming environments in behavioral health service settings, led by the University of Texas at Austin’s Texas Institute for Excellence in Mental Health.

It was an opportunity to share stories in the hopes that someday others could have a more healing experience when seeking services from a behavioral health provider. But, along the way, some group members found the chance for personal growth.

“When we come out, we don’t get a handbook,” Whalley said. “One of the cool things that came out of this workshop is I think people in the workgroup also learned more about the community. We had great conversations. Members of the working group both contributed and learned.”

The work towards the training began back in 2016, when Amy Lodge, Ph.D., administered a survey to assess mental health providers’ knowledge, skills, and attitudes around providing culturally affirming care to LGBTQ populations.

LGBTQ-affirming care refers to care that affirms and celebrates LGBTQ identities as equally positive and valid as non-LGBTQ identities, while also considering the fact that LGBTQ people face unique experiences that may impact their health and wellbeing.

The survey, which was distributed to staff at local mental health authorities in Texas, led to two key findings. Primarily, that a majority of providers felt that gender identity and sexual orientation are not relevant to their work.

“I wasn’t really surprised. A lot of people think if you treat everyone the same, you’re doing the right thing,” said Lodge, a researcher at the University of Texas at Austin’s Texas Institute for Excellence in Mental Health. “We really focused the training on the idea that because of things like discrimination, stigma, and violence against LGBTQ people, gender and sexuality may be relevant for people’s mental health.”

The survey also found that although attitudes towards the LGBTQ community were generally positive, providers lacked the knowledge and skills to provide culturally-affirming care to LGBTQ people seeking services. A comprehensive, organization-wide training was needed. That’s where the workgroup came in.

The result was a four module training package called Creating Affirming Environments for LGBTQ People Receiving Services, designed to be used in new employee orientations, including everyone from front-desk employees to social workers and other clinicians to leadership to the maintenance team.

The Voices of Lived Experience

In spring of 2018, Lodge put together the first meeting of the LGBTQ workgroup, which was the one led by Shane Whalley. They met to discuss the results of the 2016 survey, and to come up with recommendations informed by the survey findings, which included developing a New Employee Orientation training and coming up with specific topics for that training.

“It was kind of like a daylong brainstorming session,” Lodge said.

The workgroup was comprised of individuals who identified as LGBTQ, but who also had experience as behavioral health peer specialists (individuals with lived experience of recovery who are employed to share their stories and help others in their recovery journeys).

The first workgroup met in 2018 to come up with recommendations informed by the survey findings, which included developing a New Employee Orientation training and coming up with specific topics for that training.

In 2019, a second workgroup was led by Darcy Kues, a curriculum developer, who created a first draft of the recommended training and facilitated a run through of the initial training curriculum. The workgroup then provided feedback, which Kues incorporated into a second draft of the curriculum.

A few months later, the workgroup members met again to take turns facilitating the training and provide another round of feedback. Kues incorporated these recommendations into the final version of the training.

The output from those conversations was essential when it came to developing the final training curriculum. But the virtues of the workgroup went beyond the product created.

For Amy Pierce, workgroup member and peer specialist integration field liaison at Via Hope, the meetings underscored the importance of integrating lived experience when fashioning new trainings. And, for Pierce, that importance was not only academic, but personal.

“For me, how often do I get asked who’s my husband? And especially if you live in areas where it’s not safe to say all the time that my spouse is a female, it adds a whole different level of angst,” Pierce said. “There was a beauty in being able to share some of those experiences I’ve had — as well as some of the experiences my partner’s had — that, instead of being helpful and healing, were actually fairly traumatic at the hands of the system.”

Everything that was generated around this project was rooted in first-person experience — something Whalley felt was paramount to the project’s success.

“To get people with lived experiences in a room for a couple of days having deep conversations about their experiences and what would have been helpful and supportive (when they sought services) if people had had better information — it’s just really powerful,” Whalley said. “It doesn’t become an intellectual exercise. It becomes a deeply personal conversation.”

At the core of the curriculum is the goal to not only teach trainees how to create an affirming environment for LGBTQ individuals, but also that being LGBTQ is a normal part of the human experience.

“People think that as long as they’re okay with people being gay and lesbian, but don’t actively engage with people about that part of their lives, (then they’re fine),” ze said. “(The training is about) helping people realize that if I’m coming in for mental health services, you should not assume that it is my presenting problem — that it is not the cause of everything that brings me to you. And, it also may be a significant part of my life experience.”

People think that as long as they’re okay with people being gay and lesbian, but don’t actively engage with people about that part of their lives, (then they’re fine). (The training is about) helping people realize that if I’m coming in for mental health services, you should not assume that it is my presenting problem — that it is not the cause of everything that brings me to you. And, it also may be a significant part of my life experience.

For Pierce — as well as other workgroup members — participating in educating providers (and, potentially, others) on those affirming practices meant more than creating a product. It meant more than giving voice to personal experiences.

It meant, perhaps, a kind of catharsis; knowing that, thanks to their efforts, those seeking services in the future may have the healing experiences others were not always afforded.

“I grew up in East Texas in a culture where you didn’t say anything (about being LGBTQ), because if you did, it could be very detrimental to your own wellbeing. I navigated a lot of challenges around my own mental health around the struggle with my sexuality and who I love,” Pierce said. “The thought of actually having this as an open conversation at those systems of care where some of what was done was not as helpful as it could be, and that others won’t have to go through some of the same challenges… it’s incredible.”

The training package is completed. Now, Lodge and her colleagues are figuring out exactly how the training will be administered and facilitated. The main focus, Lodge said, is to figure out how to get the training into behavioral health service settings in Texas.

Regardless of where the training ends up, it has the power to change how behavioral health systems serve individuals in the LGBTQ community for the better.

“It’s great to be a part of a process where I am exceedingly proud of the product,” Whalley said. “My hope is once we get to roll it out, it will start good dialogues that need to be happening.”

The training modules themselves may be in limbo for now, awaiting the proper strategic placement to make the maximum impact in the areas of Texas that need it most. What Lodge started as a survey has snowballed into a much larger project. And the foundations of that work — and its legacies — are rooted in the voices of lived experiences.

“I think with the working group for the LGBT training, different identities — different constellations of identities — had different types of experiences (to share),” Whalley said. “And the great thing about the working group is it just shows there’s no single path, for either how we figure out about our own identities, how we come out to our families and friends, or the types of discrimination we have experienced. It just gives a richer, fuller view.”

And those voices? Those experiences? They were accessed through community building – by bringing those with lived experiences to the table and opening a dialogue.

“That’s kind of the beauty of doing the work that way,” ze said.