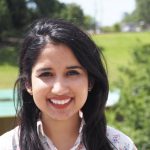 received her MA in 2018, in Global Policy Studies, from the LBJ School of Affairs, University of Texas.  Her academic work has focused on international development and open data with regional interests in East Africa and South Asia.  She plans to pursue a career in the development sector as a monitoring and evaluation specialist.  She holds a BA in Biological Sciences.

Valentina Bonello is from Milan, Italy, and received her MA in 2018, in Global Policy Studies, University of Texas at Austin, specializing in international security and energy geopolitics. 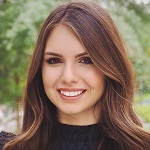 She earned her BA in foreign languages applied to international relations from the Catholic University of the Sacred Heart, in Milan, and is fluent in Italian, English, Russian, French, and Spanish. Her research focuses on Russia’s energy sector, and the EU’s energy security and relations with Russia.  Her latest collaborative work examines opportunities for US-Russia cooperation on wind energy development in the Arctic. 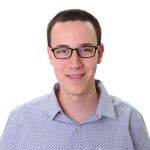 is an MA candidate in Global Policy Studies at the LBJ School of Public Affairs, University of Texas at Austin.  In 2018, he was awarded the Leventhal Fellowship from the Nuclear Proliferation Prevention Project (NPPP), for an internship at the U.S. Department of Justice.  His research interests are nuclear counterproliferation, cybersecurity, and national security policy.  Kingsley is a California native and French speaker and completed his undergraduate degrees in international business and management of information systems at the University of Oklahoma. 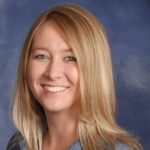 received her MA in 2018, in Global Policy Studies, from the LBJ School of Affairs, University of Texas.  She focuses on Korean peninsula issues, as well as U.S. national security, and has worked as an independent language consultant.  In summer 2017, she interned with a South Korean/American NGO focused on equipping North Korean defectors with the tools that they need to succeed in an unfamiliar world.

Harry Kim received his MA in 2018, in Global Policy Studies, from the LBJ School of Affairs, University of Texas at Austin. 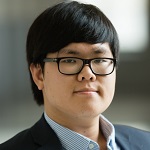 In 2017, he was awarded the Leventhal Fellowship from the Nuclear Proliferation Prevention Project (NPPP), and he has been a Brumley Next Generation Graduate Fellow in the Robert Strauss Center’s Understanding China program.  His research focuses on Asia-Pacific security issues, including nuclear proliferation and missile defense.  He has written for the The Diplomat and for the Wilson Center’s Sources and Methods. 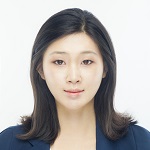 is from Seoul, South Korea, and received her MA in 2018, in Global Policy Studies, from the LBJ School of Affairs, University of Texas.  She also holds an MA and BA from the Chung-Ang University, and was a research associate at the Korean Educational Development Institute, in Seoul.  At the LBJ School, she specialized in international development.  In summer 2017, at the East-West Center in Washington, she wrote for the Asia Matters for America and Huffington Post websites. 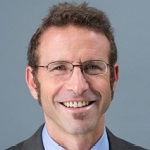 Alan J. Kuperman is Associate Professor at the LBJ School of Public Affairs, University of Texas at Austin, and founding Coordinator of the Nuclear Proliferation Prevention Project (NPPP.org).  His books include Nuclear Terrorism and Global Security (2014), and he recently published “Nuclear Nonproliferation via Coercion and Consensus,” in International Cooperation on WMD Nonproliferation (2016).  Kuperman holds a Ph.D. in political science from M.I.T., an M.A. in international relations from Johns Hopkins University, and an A.B. in Physical Sciences from Harvard University.  In 2013-2014 he was a Senior Fellow at the U.S. Institute of Peace. 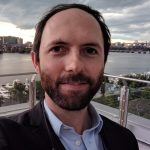 is a Ph.D. student in the Department of Mechanical Engineering, University of Texas at Austin.  He is affiliated with the university’s Nuclear and Radiation Engineering Program and Webber Energy Group.  His research explores using nuclear power to drive a low-carbon energy economy to minimize climate change.  Recent research projects include:
• Electric grid modeling with the UT Energy Institute;
• Examining the resilience of bulk electric grids;
• Modeling heat storage systems coupled to nuclear power plants;
• Analyzing the market and policy opportunities for nuclear–renewable energy integration.