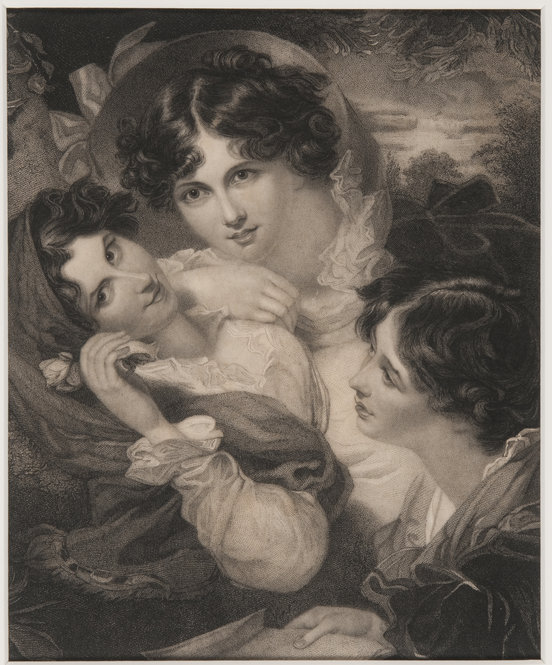 For Sir John Herschel, science and art were inextricably linked. Son of the celebrated astronomer William Herschel—who, with the discovery of the planet Uranus, revolutionized the modern day conception of the universe—science was in John Herschel’s blood. Following in his father’s footsteps, Herschel himself became a renowned astronomer. Herschel also applied scientific exploration to art and participated in some of photography’s earliest experimentation.

An accomplished chemist, Herschel discovered the action of hyposulfite of soda on silver salts, which lead to the use of “hypo” as the most effective fixing agent for silver-based photography. Herschel also endorsed and encouraged the term “photography” and coined the terms “negative” and “positive” to refer to photographic images.

John Herschel not only searched the dark blue skies, but also searched for ways to introduce color into photography. A child of Newtonian science, Herschel knew that white light is composed of the color spectrum. The trick was to separate the white light and pinpoint specific colors: “By using the prism first to separate all but the pure prismatic tint of given refrangibility and then re-analyzing this by media I conceive it possible to obtain rays totally exempt from any colour but the elementary one wanted” Herschel theorized in a letter, dated July 6, 1839, to Henry F. Talbot, another scientist interested in experimental photography.

During his quest for color, Herschel carefully documented his experiments with hundreds of variations of chemical formulas, using engravings as source imagery to create negatives on paper. In 1842, Herschel invented the cyanotype.

The cyanotype process uses light-sensitive iron salts produced by brushing solutions of ferric ammonium citrate and potassium ferricyanide, also known as Prussian blue, onto paper, which is then dried in the dark. Cyanotypes were not widely used until 1880, when they became popular because they required only water for fixing the image.

The cyanotype is one of Herschel’s most influential contributions to the art of photography. Not only does it lend itself to strikingly beautiful photos, but the cyanotype is also the originator of the architect blue-print.

One of Herschel’s cyanotypes is featured in the exhibition Discovering the Language of Photography: The Gernsheim Collection. Closing in just a few weeks, the exhibition can be seen in the Ransom Center Galleries on Tuesdays through Fridays from 10 a.m. to 5 p.m., with extended Thursday hours until 7 p.m. On Saturdays and Sundays the galleries are open from noon to 5 p.m. Free docent-led tours of the Gernsheim exhibition are offered at 2 p.m. on this Saturday and Sunday.