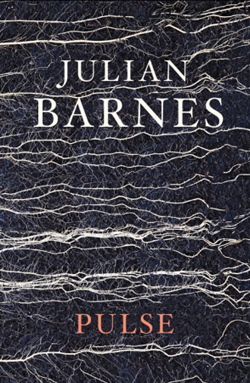 Pulse, Julian Barnes’s new book of short stories, came out on Tuesday, May 3. Comprised of 14 stories, Barnes examines the mysteries of love, death, and friendship. The stories traverse Italian vineyards and English seasides, spanning from the eighteenth century to modern day.

According to Ransom Center Director Thomas F. Staley, “One of Britain’s major writers, Barnes is a versatile man of letters. From Flaubert’s Parrot to Love, Etc., Barnes’s fiction is rich and entertaining. His prose is as playful as it is supple and rich.”

Barnes’s first novel, Metroland, was published in 1980 and received the Somerset Maugham Award. The novel was later adapted into a 1997 film starring Christian Bale. Barnes then published two crime thrillers under the pseudonym Dan Kavanagh, followed by his second novel, Before She Met Me, under his own name.

Describing his papers, Barnes wrote “Everything I do from the moment I am faced by what I recognize as the possibility—or pre-possibility—of a novel is contained within the archive. I have never thrown away more than the occasional (more or less duplicate) page of typescript. My archive therefore contains 98 or 99% of all the marks I make on paper as a novelist.”

Barnes is one of the writers featured in the Ransom Center’s current exhibition Culture Unbound: Collecting in the Twenty-First Century, on display through July 31.