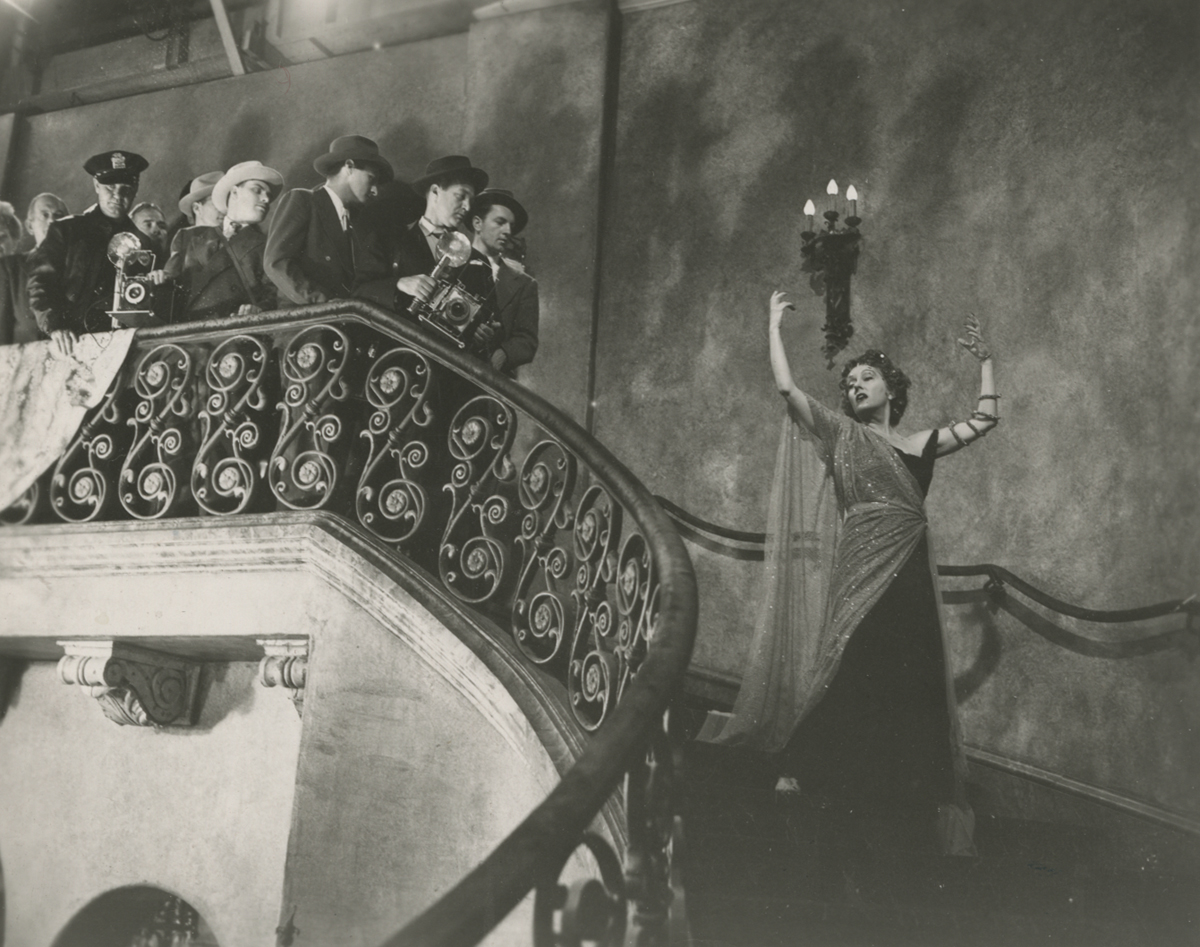 “I’m ready for my close-up, Mr. DeMille,” says Norma Desmond in the famous end scene of Sunset Boulevard.  Gloria Swanson, the actress who portrayed Desmond, is ready, as well.  Bowdoin Professor Tricia Welsch received fellowships, which were funded by the Andrew W. Mellon Foundation Endowment, to conduct research in the Ransom Center’s Gloria Swanson collection. The University Press of Mississippi recently published Welsch’s book, Gloria Swanson: Ready for Her Close-Up.  Below, Welsch writes on her time at the Ransom Center.

When I took an exploratory trip to the Ransom Center to see if there was enough material to support a biography of Gloria Swanson (1899-1983), I was floored by the breadth and depth of the collection as well as the exceptional helpfulness and insightfulness of the staff.  The Center’s holdings cover Swanson’s personal and professional life, from the first pictures she made in 1915 with Charlie Chaplin in Chicago through her movie stardom and her work in theater, television, radio, publishing, fashion, politics, and health activism.  She lived in New York, California, Rome, London, and Paris.  She traveled widely, and corresponded with everyone from Carol Burnett and Noel Coward to Eleanor Roosevelt and Ronald Reagan.  I felt like I hit the biographer’s jackpot every day.

Over the months I spent at the Ransom Center, I saw the records of a fully lived life.  I examined Swanson’s grade school report cards, read the fan mail she received, pored over seven decades’ worth of business correspondence, and looked at thousands of photographs.  Swanson’s contract specified that she was to receive a complete set of film stills from each of her pictures, and they provide a valuable record of many films considered lost today.  Swanson also had a vibrant love life, and there are amazing love letters from her six husbands and her many lovers—including hourly telegrams sent by an enraptured Herbert Marshall.  There is even one surviving love note from her producing partner Joe Kennedy, who left few records of his private affair and preferred that his assistants refer to Swanson in code even in their business papers.

Swanson considered writing her autobiography for decades and made some wire recordings of her memories in the 1950s, which the Ransom Center converted to digital format.  Hearing Swanson talk about her life in her low, thrilling voice—imperious, wry, yearning, and philosophical by turns—was a special pleasure.

I particularly enjoyed one recording where she and her long-time friend actress Lois Wilson reminisced about their early Hollywood escapades—in particular, Swanson’s reputation for scandal: “If I was in a room fully clothed for five minutes with some men, mayhem!  Lois could walk out of a room with a dozen men in a black chiffon nightgown after two hours and they’d say, ‘Oh, somebody must be ill in there.  She’s taking care of them.’”  The peals of laughter throughout their conversation were infectious.

I also heard Swanson’s voice in her extensive correspondence, in the many drafts she prepared of her memoirs, in published interviews, in her TV talk show appearances, and—unexpectedly—in a series of dispatches she wrote for the United Press from Europe in the mid-1950s.  These appeared as twice-weekly syndicated newspaper columns.  In them she wrote about whatever grabbed her: Roman fireworks and French perfume manufacturing, bullfighting, her visit to a camp for Iron Curtain refuges, Princess Grace’s wedding in Monaco.  Swanson called her 117 articles “the hardest and most disciplined work” she ever did.  They chronicle the mid-life adventures of a fascinating woman who was prepared to be fascinated by every new experience.

Swanson called herself a “mental vampire” because she had a voracious appetite for learning of all kinds, and the Swanson collection affirms that.  It is the ideal archive.

The Ransom Center is now accepting applications for the 2014-2015 fellowship program.