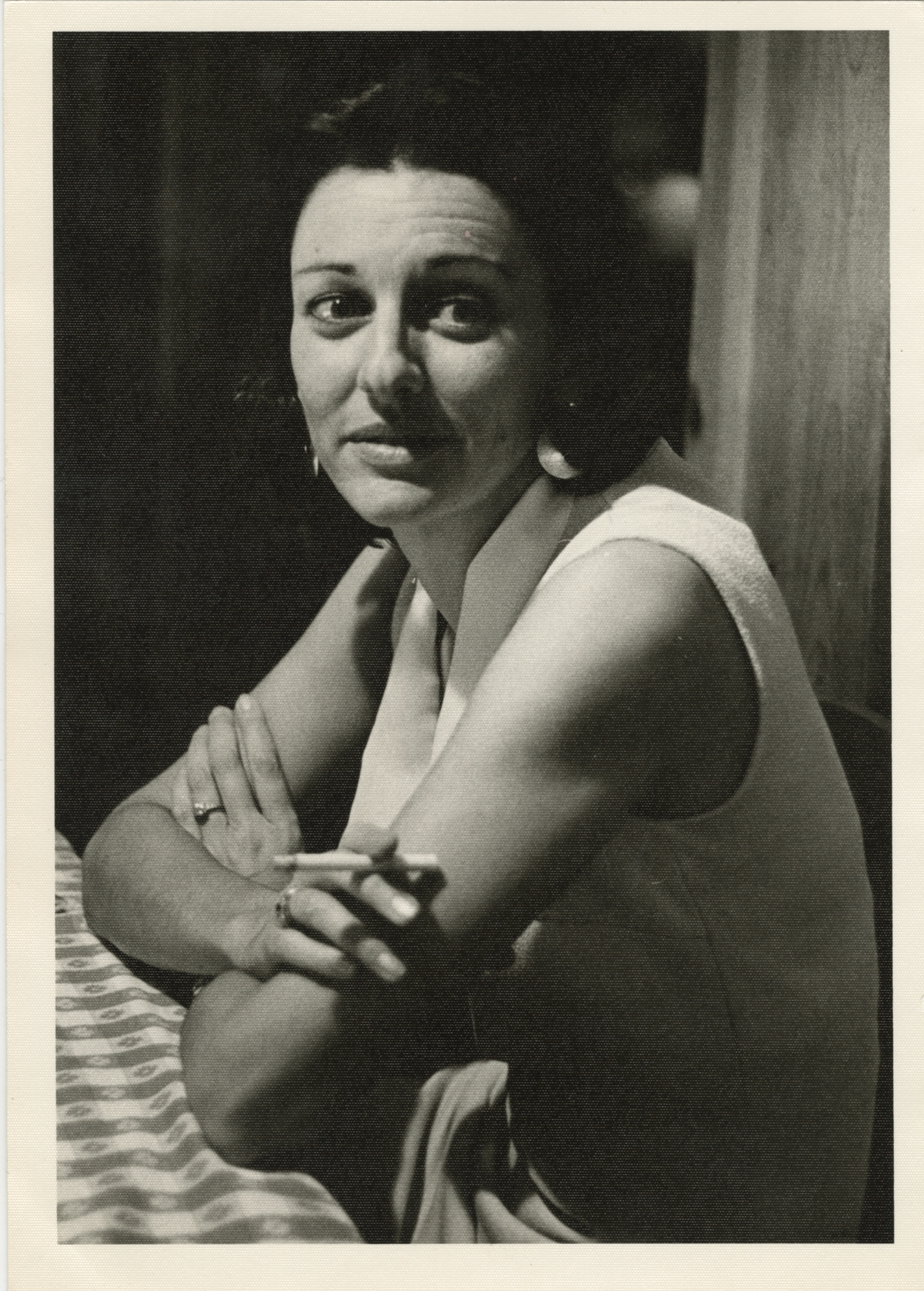 Jane Robbins Mize is a senior in English and Liberal Arts Honors and is a current intern in the Ransom Center’s public affairs department. She recently worked in the Anne Sexton papers for her English class “Women’s Autobiographical Writings.”

After several undergraduate poetry courses, I had heard Anne Sexton’s name countless times. I’d read samples of her work in course packets and anthologies, and I knew she was a “confessional” poet and a contemporary of Sylvia Plath. But, I had never read a complete collection of her poems (I could not even name the title of one), and I was even less familiar with her family and career.

So when given the opportunity, I signed up to give an oral presentation on Anne Sexton’s life and work in my English class, “Women’s Autobiographical Writings.” In a preliminary conference with Professor Carol MacKay, she described to me the Ransom Center’s collection of Sexton’s manuscripts and suggested that I explore the archive myself before presenting. I unhesitatingly agreed and soon found myself in the Reading Room holding the manuscript of Sexton’s best-known collection, Live or Die.

Sexton began writing poetry as therapy for her post-partum depression in 1956, the year following the birth of her second daughter. Soon after, she began working with poets such as W. D. Snodgrass and Robert Lowell and developed a close friendship with Maxine Kumin. She published her first collection, To Bedlam and Partway Back, in 1960. Just six years later, Sexton released her most celebrated work, Live or Die, for which she was awarded the Pulitzer Prize in 1967.

The manuscript of Live or Die is, in a word, raw. Through it, I was able to experience Sexton’s work in an unembellished state. That is to say, my reading of the poems was not influenced by the presentation of the collection. I encountered no introduction or blurbs, biography, or portrait. Instead, I found only the table of contents, dedication, and poems themselves—in addition to frequent penciled corrections. In this way, the manuscript introduced me to Sexton’s work through the content and nature of her poems rather than the reputation that precedes them.

My relationship with Sexton slipped quickly from vague acquaintance to deep familiarity as I scanned her correspondences and sifted through her notes, photographs, and even the digitized pages of the scrapbooks and journals of her youth. Through the archive, I was able to develop a more complete portrait of Sexton than that which could be presented in a written biography. I was collecting the details and, through them, gaining a deeper understanding of the woman’s life, character, and creative process.

It is exceedingly rare to meet a writer and explore her work through her private, personal, and unpublished papers. At the Ransom Center, however, hundreds of authors and artists are waiting to be introduced. I look forward to many more first encounters.