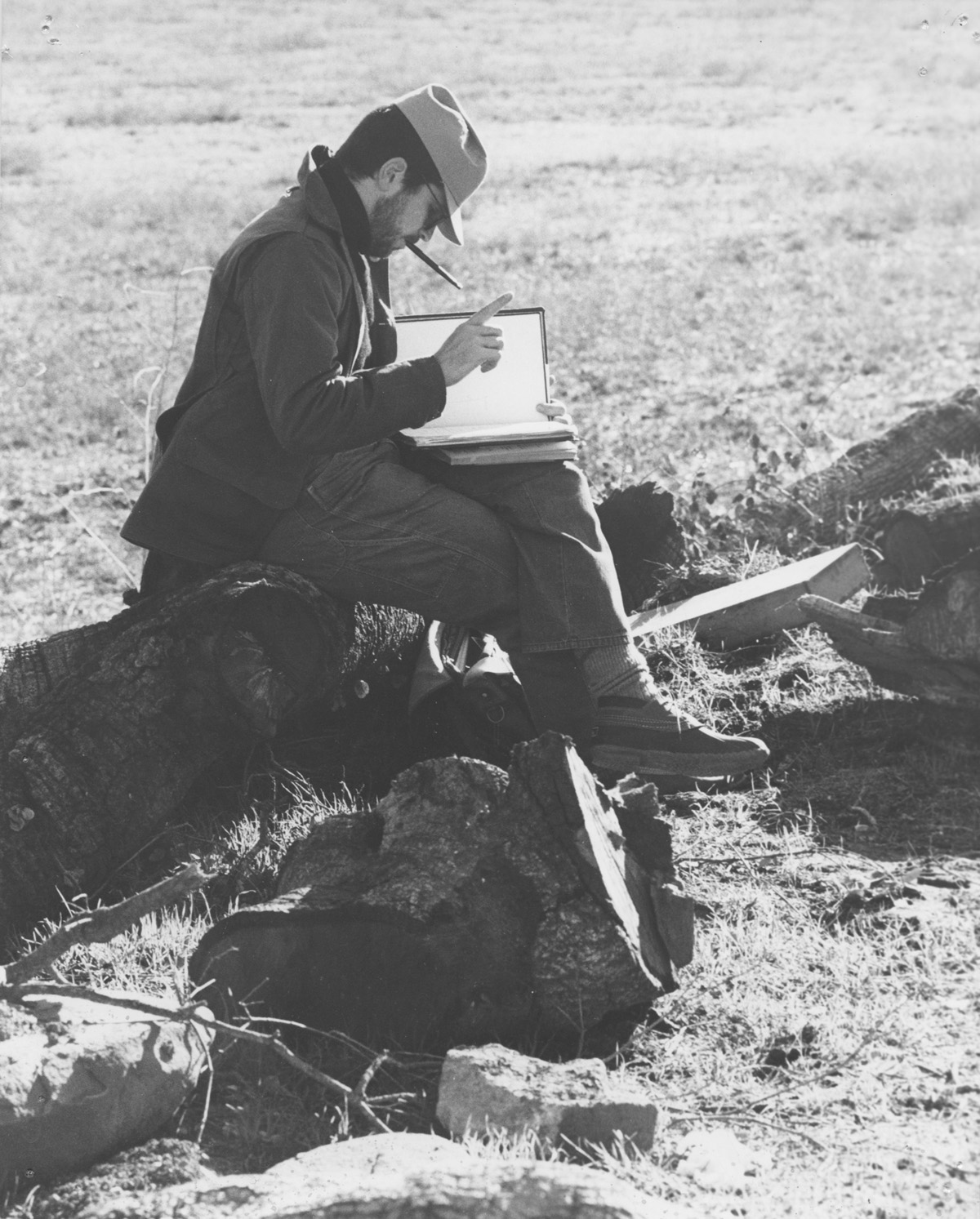 Emily Robinson is a rhetoric and writing and Plan I Honors senior in Dr. Elon Lang’s “Drama in the Archives” course. In the class, students used resources at the Harry Ransom Center to better understand plays, texts, dramatists, cultures from which they are drawn, and the archival process itself. Below, Robinson shares her experience in the class.

The smell of books intoxicates me. And the sight of messy handwriting scrawled in angry slashes or jubilant swirls in a journal excites me more than I should probably admit. There’s just something about seeing how different people think as they write that fascinates me.

That said, you can only imagine how delirious I was to sit in a room where a wealth of author’s journals, drafts of iconic literary works, and other manuscripts were a mere click of the “Request Item” button away from laying in front of me. For me to read. And study. To put it lightly, any time that I spent in the Ransom Center’s Reading Room this past semester went far too quickly and resulted in far too many conversations starting with the words, “You’ll never guess what I saw today.” Because of my participation in Elon Lang’s class “Drama in the Archives,” I discovered I love research, especially the kind that involves poring over a writer’s abandoned early drafts and never-completed projects.

For most of the semester, I worked with the David Mamet papers, searching out different drafts of his drama Oleanna. After reading Oleanna in class, I was struck by the jolting ending of the play—three acts of increasingly hostile conversations between John and Carol (an inappropriate professor and vindictive student, respectively, at a fictional university) concluding in an intense scene of John beating Carol. The play just ends after the violence. The audience gets almost nothing but curtains and the unsettling feeling of having to applaud after witnessing a scene of physical abuse. I found this ending intriguing and decided to investigate its previous iterations in hopes of better understanding how the scene functions within the play as a whole. This took me to the Ransom Center, where I began piecing together Mamet’s earlier plans for the ending of Oleanna by reading his drafts.

During my investigation, I discovered that Mamet didn’t, in fact, originally intend to end Oleanna on that note of unresolved violence. Many of his drafts actually contain a conversation between John and Carol after he beats her. Most of my research focused on three drafts created between April 1991 and May 1992. These three drafts contain a conversation that shows Carol being sensitive to John’s emotional trauma after hurting her. She also then uses that moment as an opportunity to teach John about his abusive and exploitative nature. Mamet’s “Next to Last” draft (from May 1992) actually ends with Carol offering to help John (see Box 155, Folder 7, page 51).

Knowledge of this alternate ending furthered my understanding of Oleanna because it forced me to wonder about the purpose of only portraying violence and not including a scene of conflict resolution in the play. I don’t have any definitive answers for that question yet, but reading over Mamet’s drafts and views on art gave me a step in the right direction.