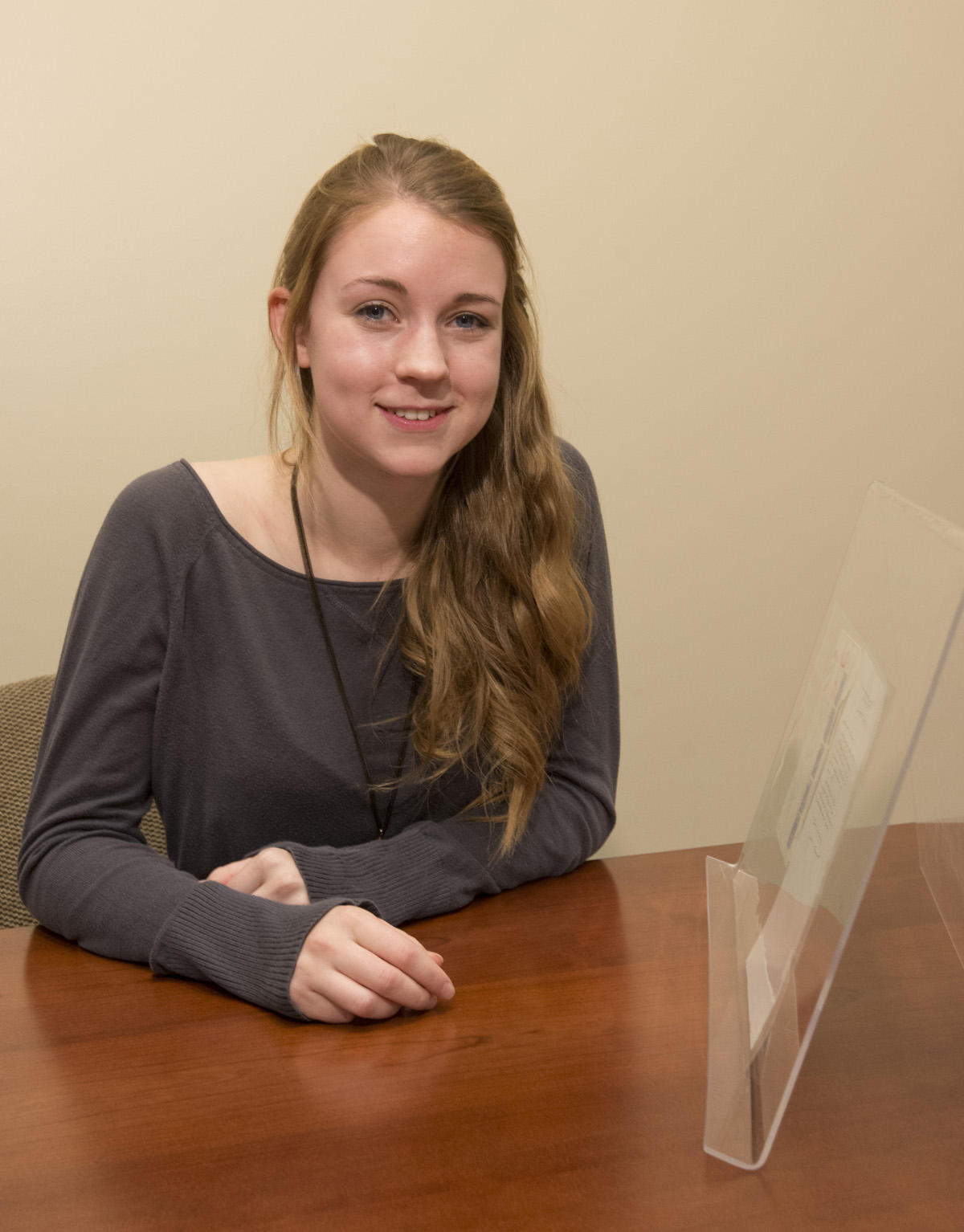 Lily Pipkin was a Plan II student in Dr. Elon Lang’s “Drama in the Archives” course. In the class, students used resources at the Harry Ransom Center to better understand plays, texts, dramatists, cultures from which they are drawn, and the archival process itself. Below, Pipkin shares her experience in the class.

I’ve always gotten excited about the prospect of an archive. My eyes light up at the thought of the treasures that are tucked away, waiting to be found. That doesn’t mean the thought of walking into the Ransom Center for the first time and knowing what to ask for wasn’t absolutely terrifying. But I had the fortune to stumble across a class in the course catalog last spring that aimed to do just that. There were eight of us, and we spent the semester approaching modern drama through the archive.

We were reading Beckett’s Waiting for Godot, and I called down a box of his correspondence in search of something relevant to my paper and unintentionally sent myself down a rabbit hole of letters, notes, and postcards, all scrawled out in Beckett’s terrible handwriting. As I read through more and more of these notes, I began to see the friendships and hardships that filled Beckett’s life. I read letters to his friend A. J. Leventhal that were full of sorrow at news of Leventhal’s wife’s cancer diagnosis. Days later, I came back to the Ransom Center and in an entirely different box, I stumbled across a letter informing a friend of her passing. It was heartbreaking! I had never met these people, but even with just one side of the conversation, the pain in Beckett’s letters was so evident, it left me feeling emptier than I could have ever expected.

His letters were not solely heartbreak and hardships, though Beckett seems to have gone through more of that than anyone should ever have to. I did find the bits and pieces regarding Godot that I had set out looking for. It gave me the impression that Beckett was extremely particular about how his works were performed but, for a long time, could not be bothered to correct those that were done incorrectly.

In a letter to Mary Manning Howe, he mentions a production that’s rehearsing in London and that “in the terms of my contract I should be consulted about cast, set, etc. It suits me all right to be treated as though I were dead.” Comments like this, on his distaste for most of the earlier Godot productions, led me to look closely into the one time he chose to direct Godot personally—20 years later at the Schiller Theater in Berlin.

He took the opportunity to rewrite the original German translation, which he once described as “full of blunders.” Between his translation work, his Director’s Notebook, and his correspondence during his time at the Schiller, I found just how particular he was about every word, movement, and expression on stage in Godot. Under his direction, and in his own version of the German translation, Beckett finally gave his audience the Godot he intended. And oddly enough, a play that upon first exposure feels arbitrary and absurd is actually the product of highly defined, purposeful instruction.

But I took more away from the class than a detailed understanding of Waiting for Godot in German. After many hours spent in the Reading Room this semester, I feel not only excited by but also comfortable in the archive. Now, it feels like a place I can go, not just to search blindly, but to look without getting lost.