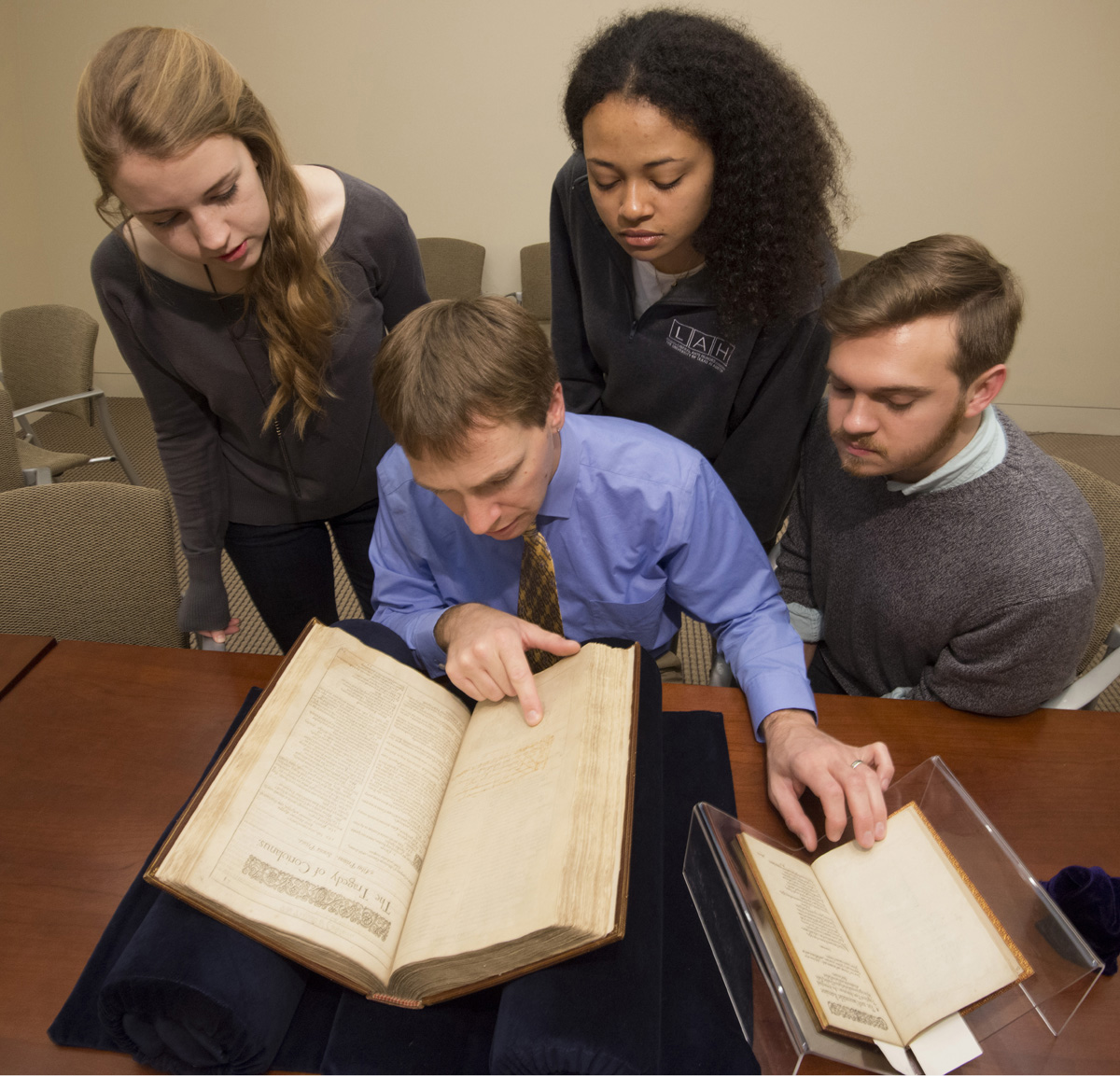 After discussing his own work in the Harry Ransom Center’s archives with students in his Humanities classes, Dr. Elon Lang realized that despite his students’ interest in what he suggested could be learned from archival materials, very few had actually visited the Ransom Center and even fewer had contemplated doing research here.

Lang made it his mission to design a course that would show how the Ransom Center could serve as a valuable and approachable research tool for all interested users—especially The University of Texas at Austin’s undergraduates—and to show how much students could gain from working with archival materials.

With these goals in mind, Lang developed “Drama in the Archives,” a Humanities Honors course he taught in fall 2014.

During the semester, Lang brought students from his class to the Ransom Center at least once per week to learn about the Center and to learn how to conduct original primary research in the Center’s theater and performing arts collections.

He chose important plays as the subject matter for the class partly because of the Ransom Center’s impressive collections and partly because the consequences of creative choices that can be revealed in an archive become clear very quickly when analyzing dramatic texts.

After several weeks of guided readings and archival work, Lang had students develop their own research projects that involved close attention to an item in the Ransom Center’s collections and its historical and critical contexts.