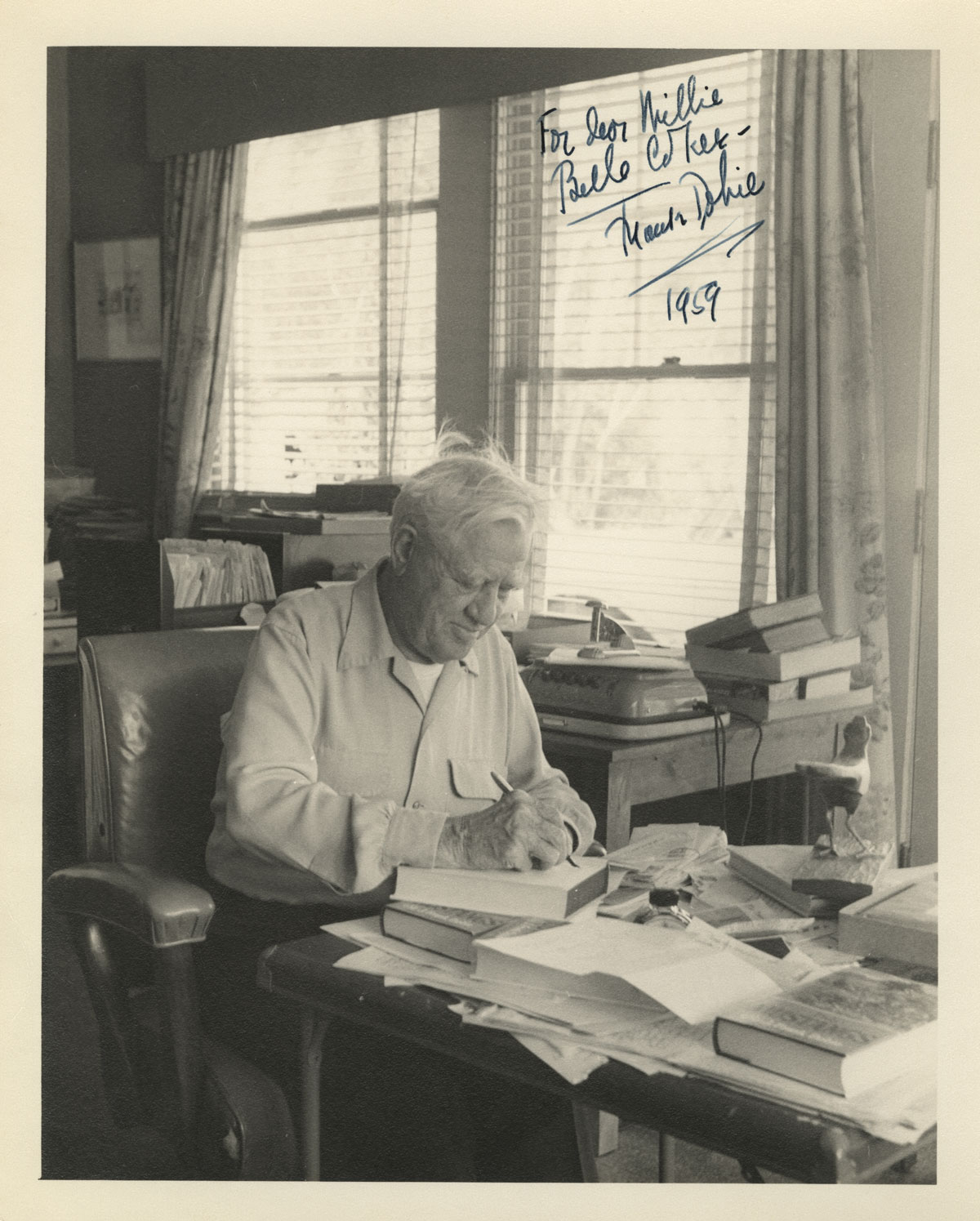 Thanks to support from the TexTreasures grant program of the Texas State Library and Archives Commission funded by the Institute of Museum and Library Services, the papers of Texas writer, folklorist, and educator J. Frank Dobie (1888–1964) are now described in an online finding aid. Dobie was a widely known and influential figure in Texas and the Southwest from the 1920s until his death in 1964, deeply involved in championing Texas literature and culture. In 1930, he pioneered his signature course at The University of Texas at Austin, “Life and Literature of the Southwest,” a class still taught here 85 years later.

Previous users of the Dobie papers had to visit the Ransom Center Reading and Viewing Room and search through 17,000 cards filling 12 drawers to locate described items and also review lists of several uncatalogued accessions. The new finding aid may be accessed worldwide by any user with a computer, who may now keyword-search to discover the manuscript works, correspondent names, and subjects represented in the complete Dobie papers.

During the project, Daniela and I were impressed by the wide scope of Dobie’s interests and connections, especially in his voluminous correspondence files, which represent more than 12,000 individuals or organizations, including many notable writers, folklorists, artists, educators, publishers, politicians, students, and readers, as well as family, friends, and everyday Texans. We were often surprised, delighted, amused, and even moved by particular items. These are only a few favorites we selected to give you a flavor of what we saw during the project. We invite you to come and discover J. Frank Dobie for yourself! 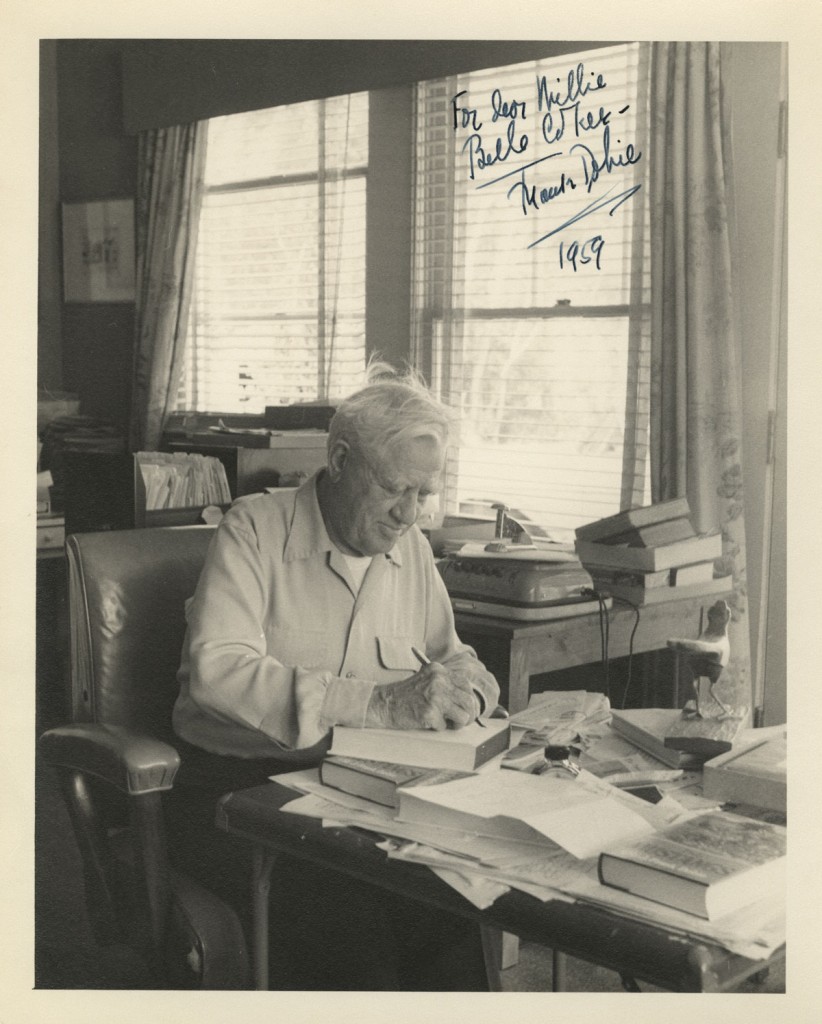 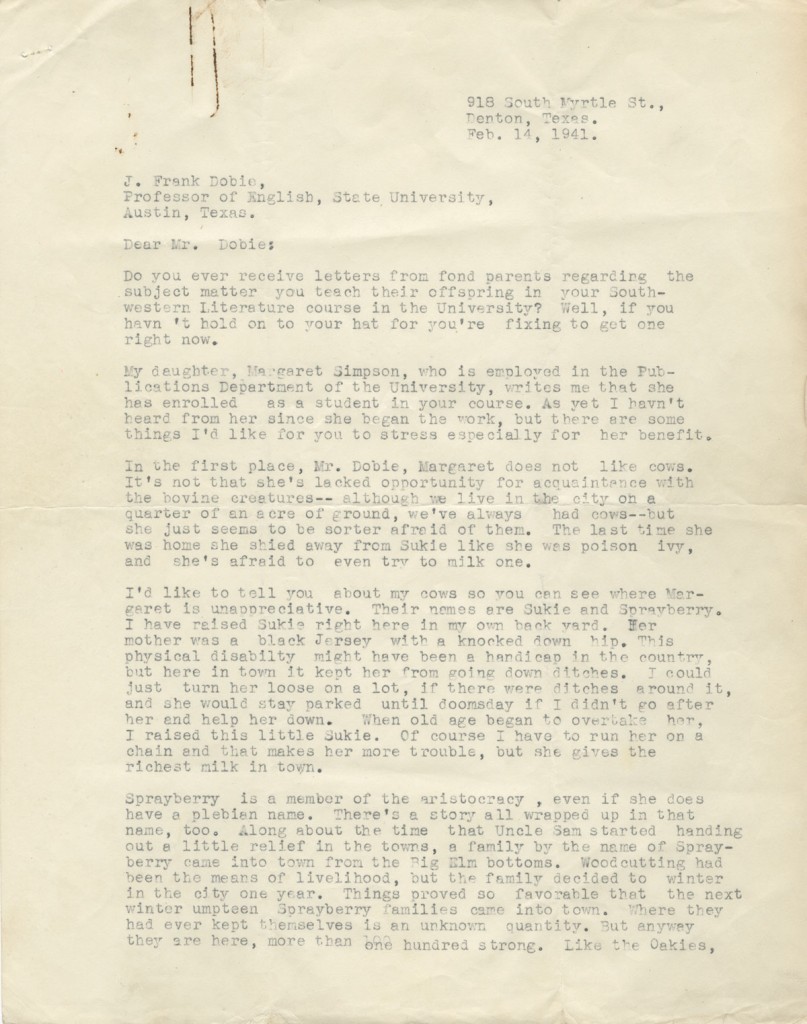 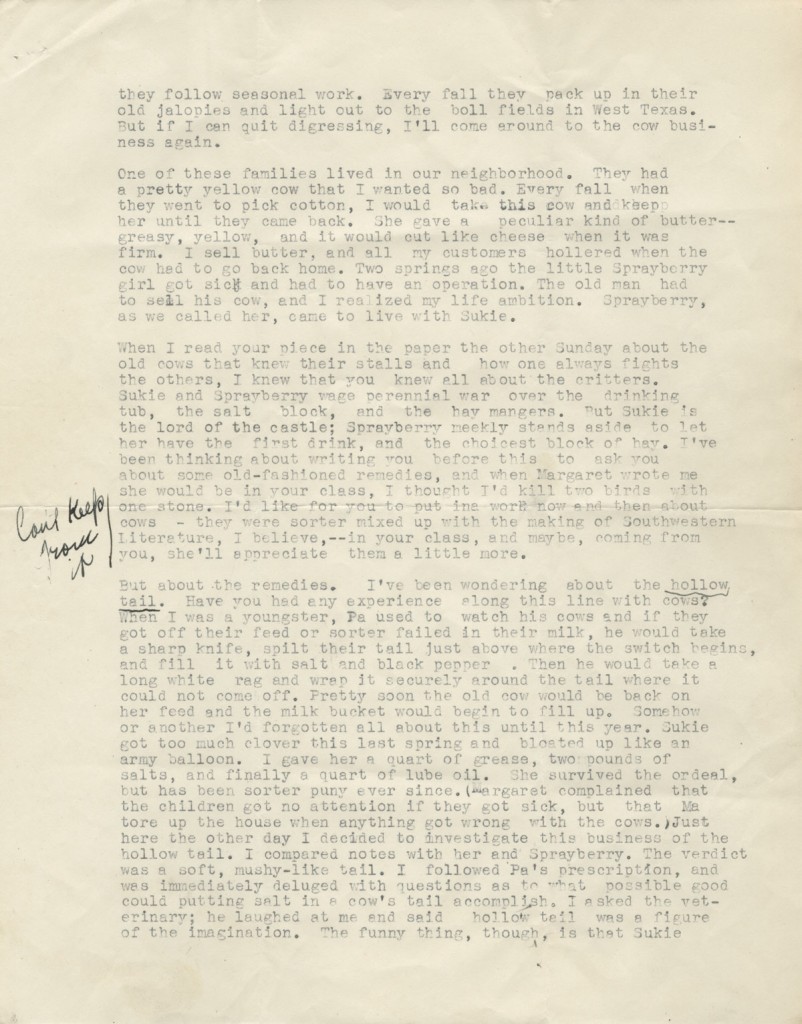 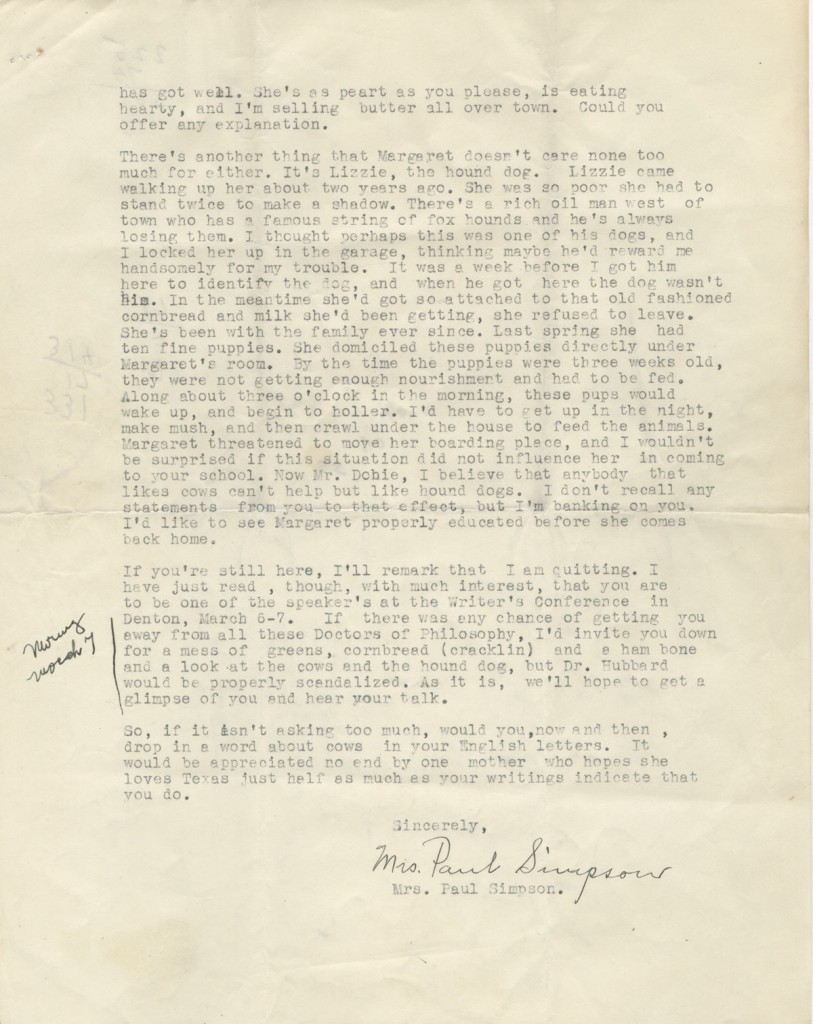 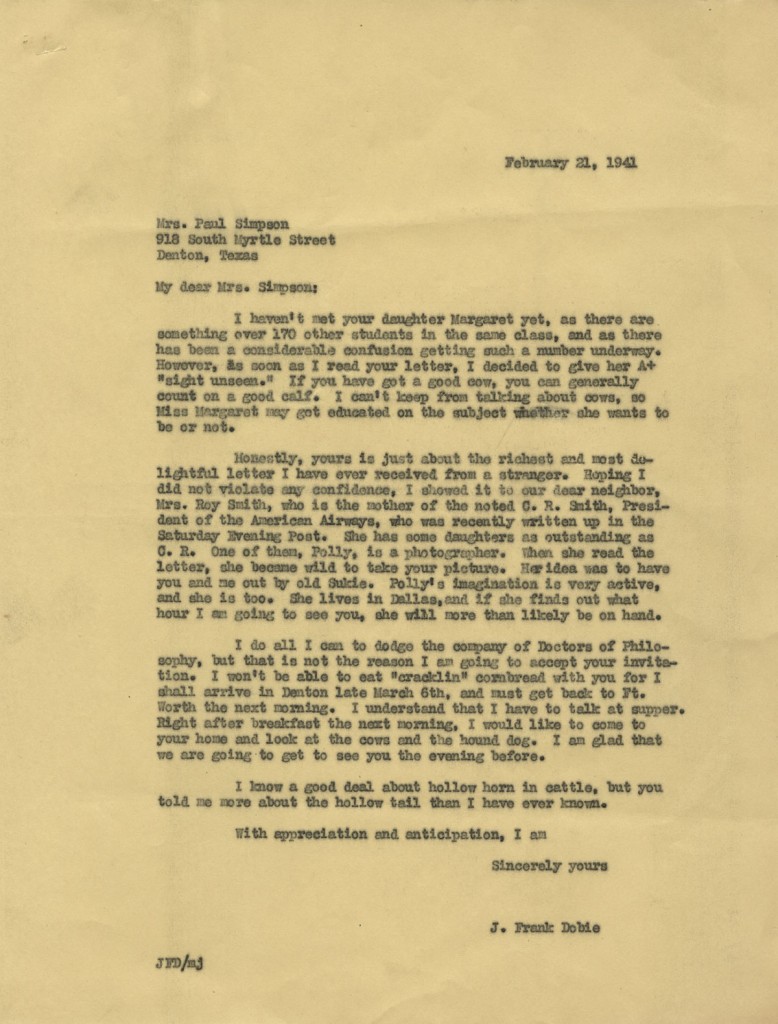 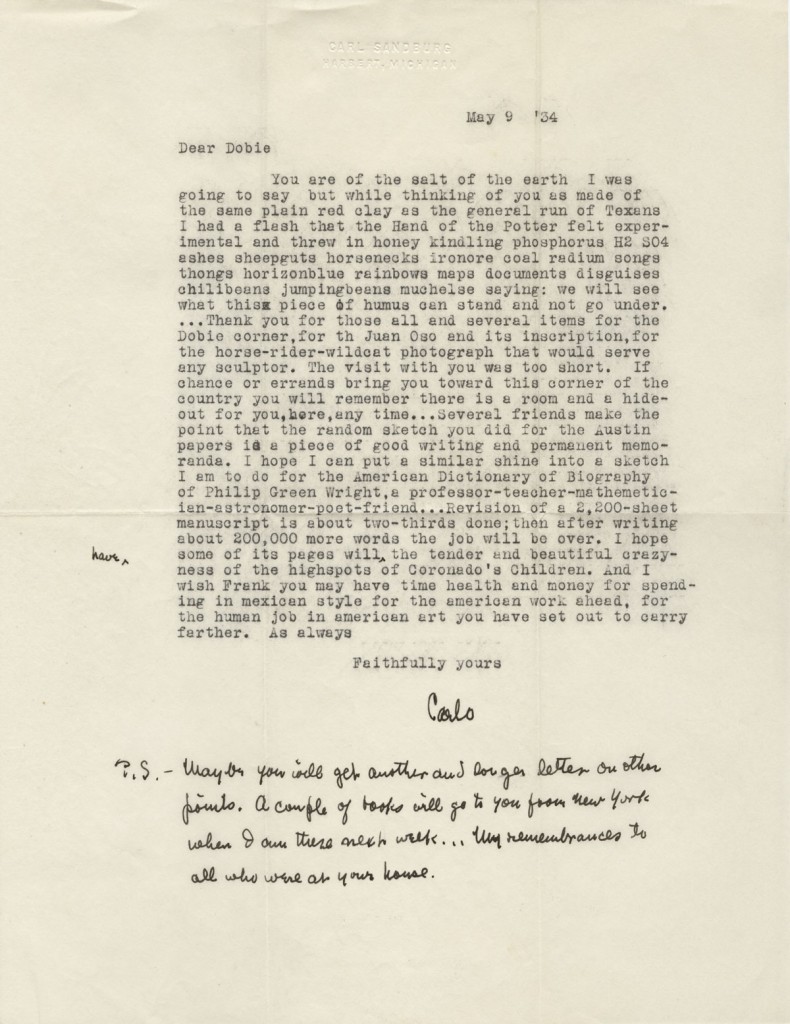 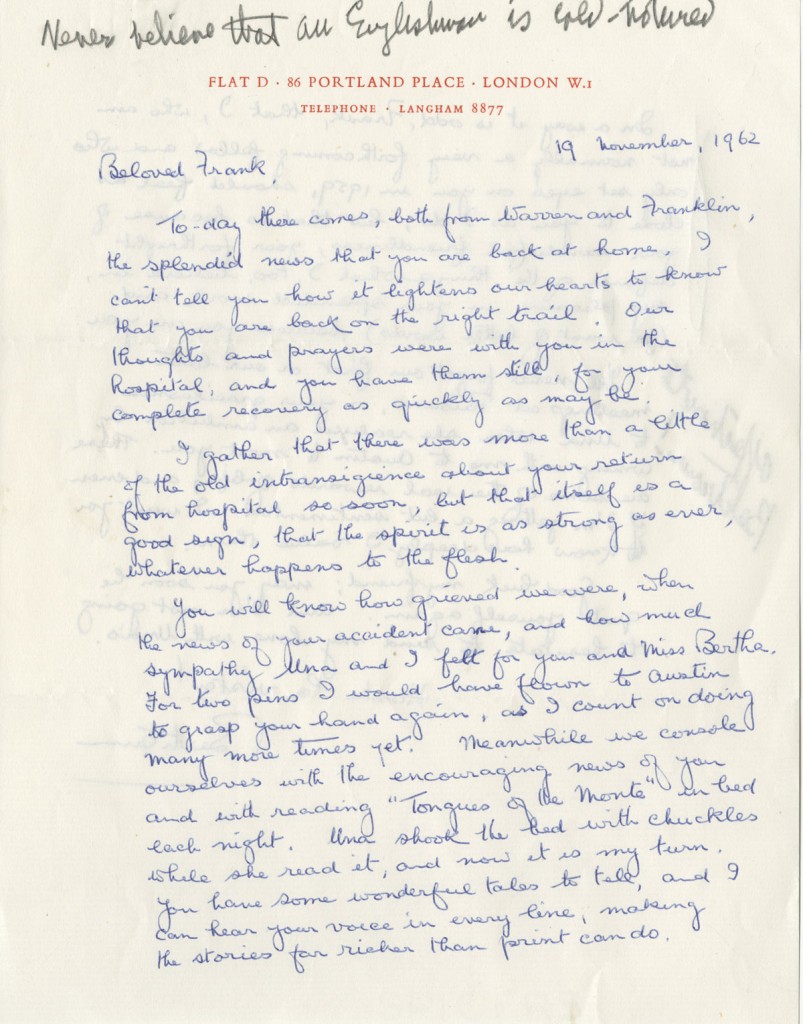 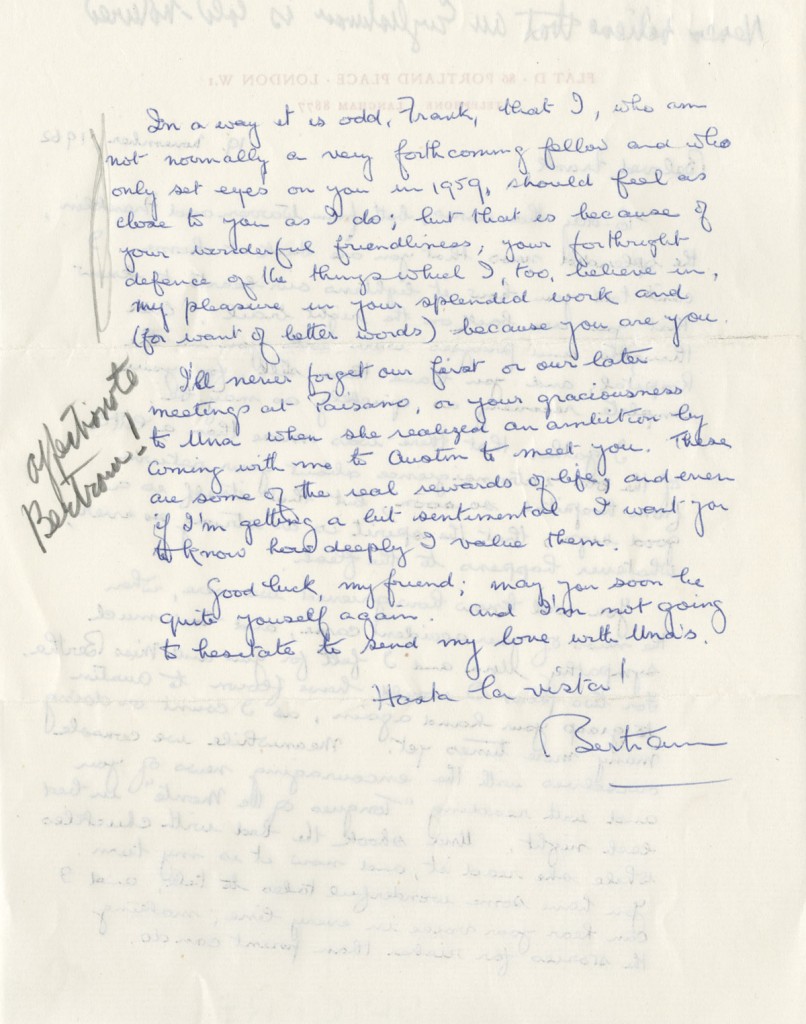 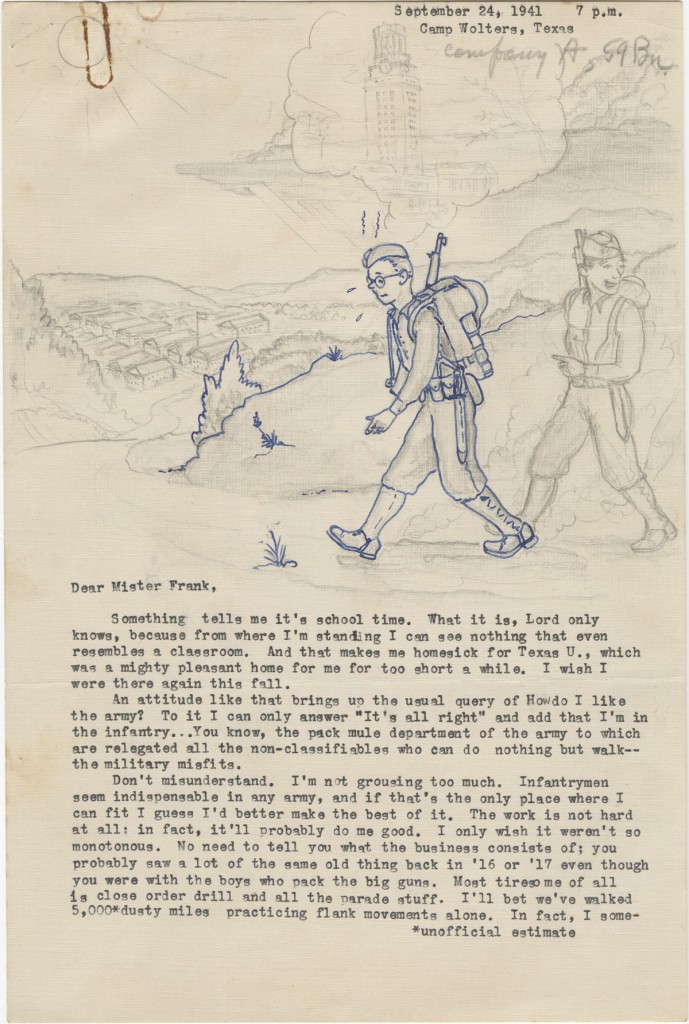 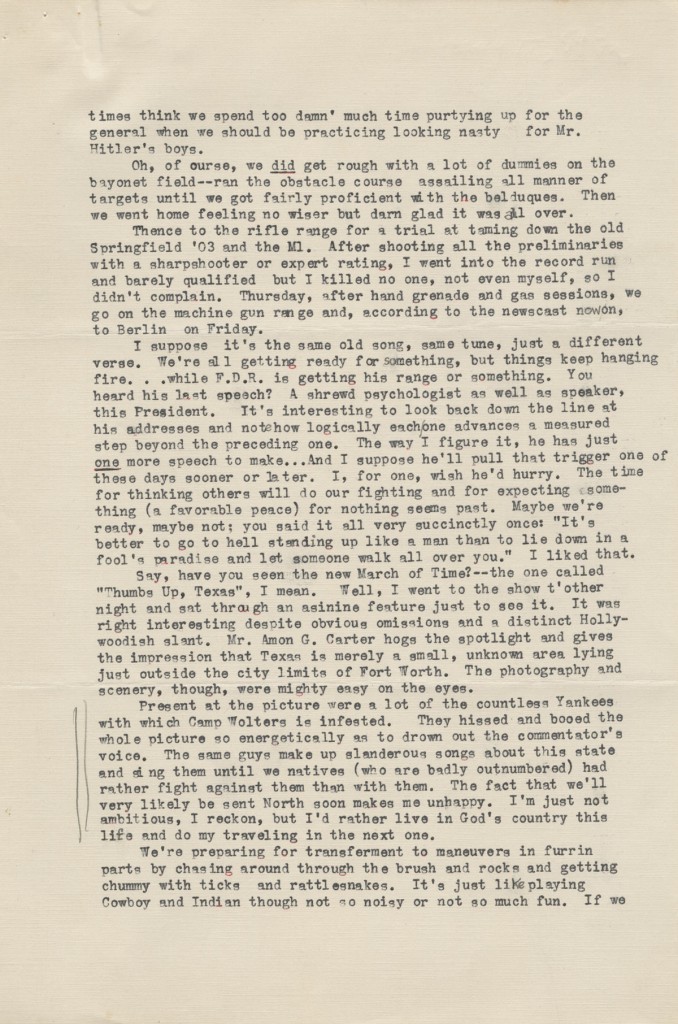 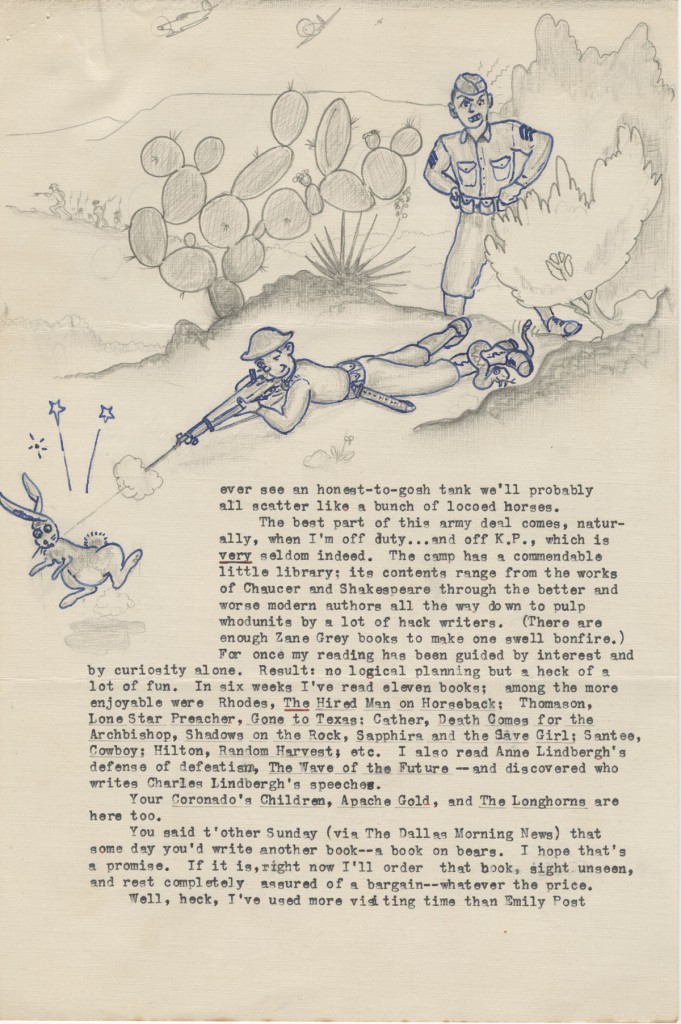 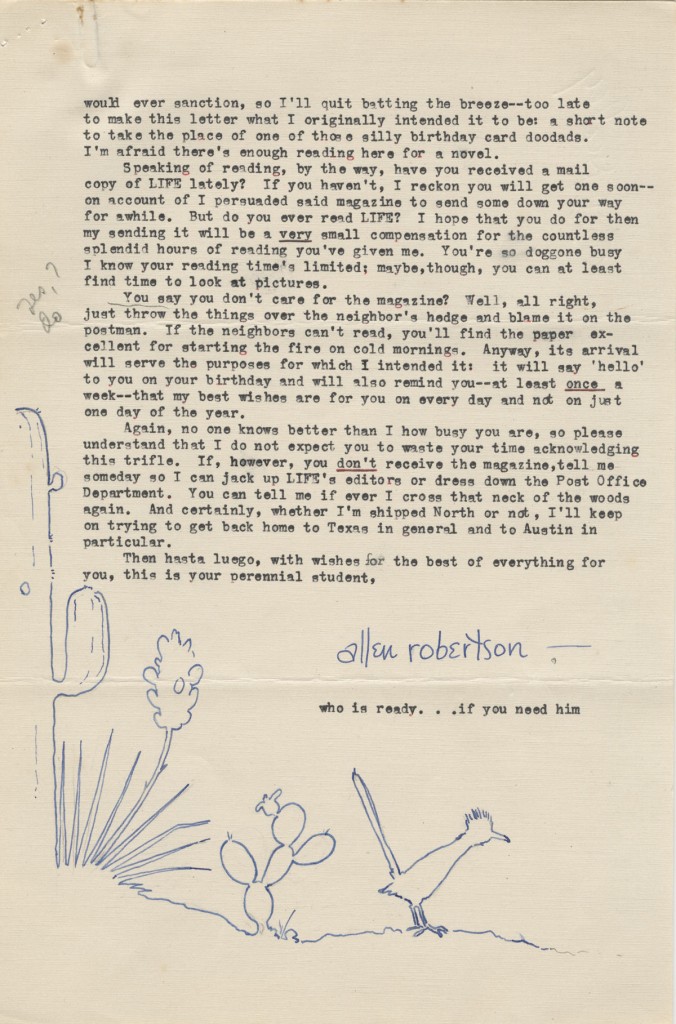 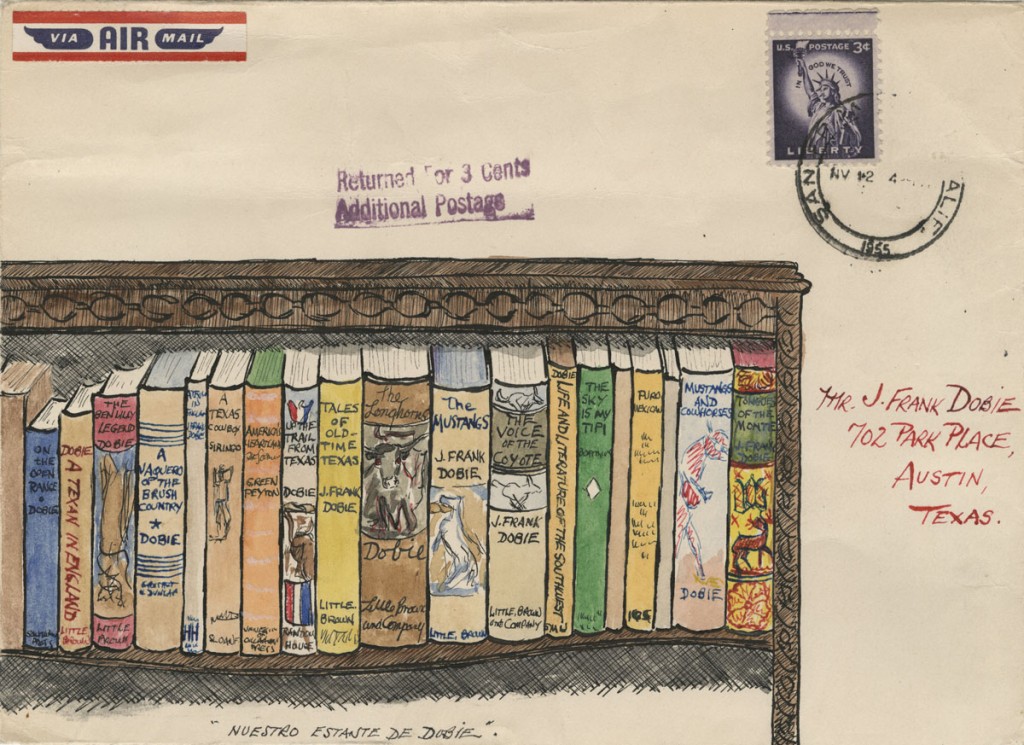 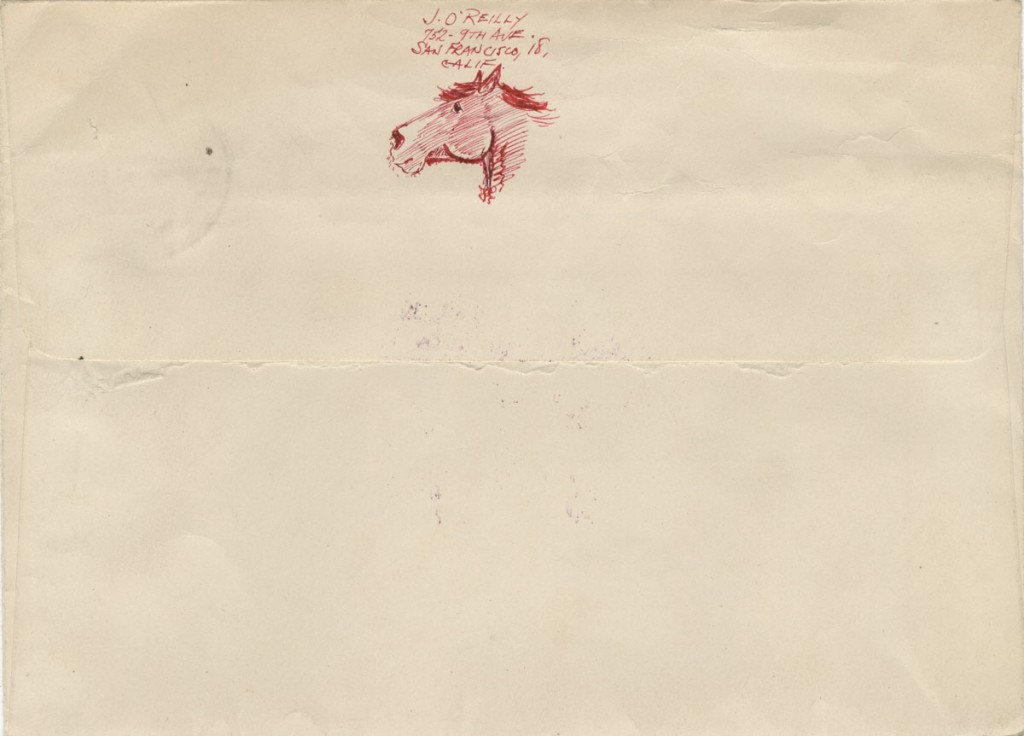 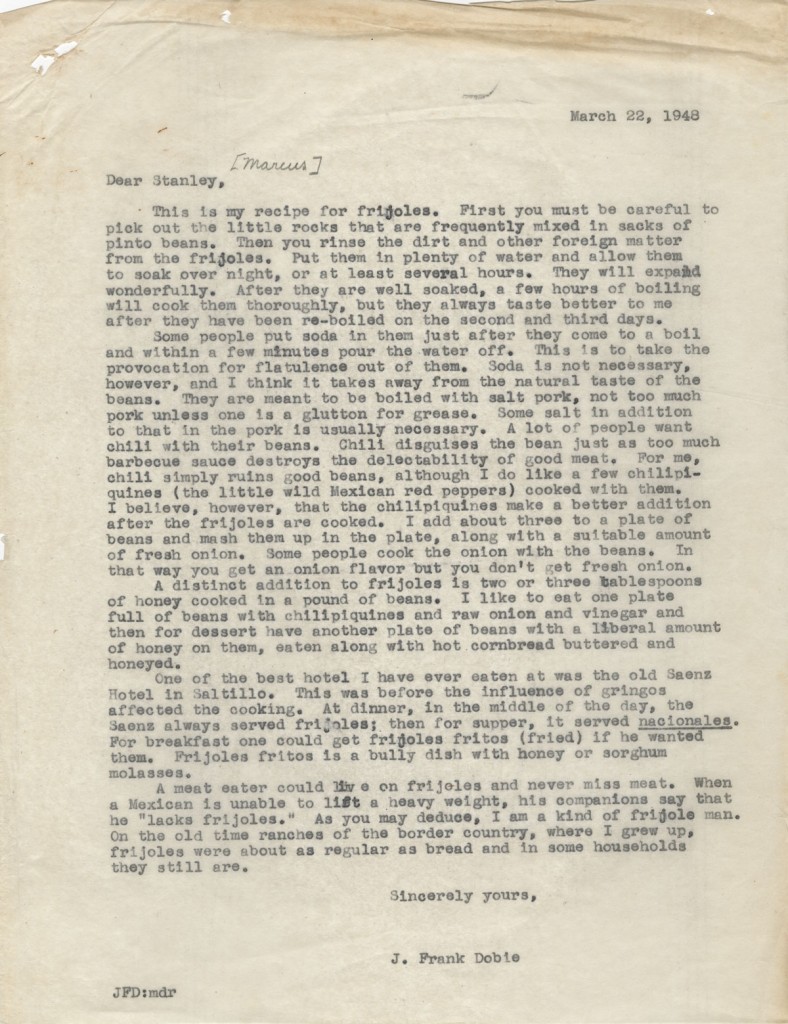 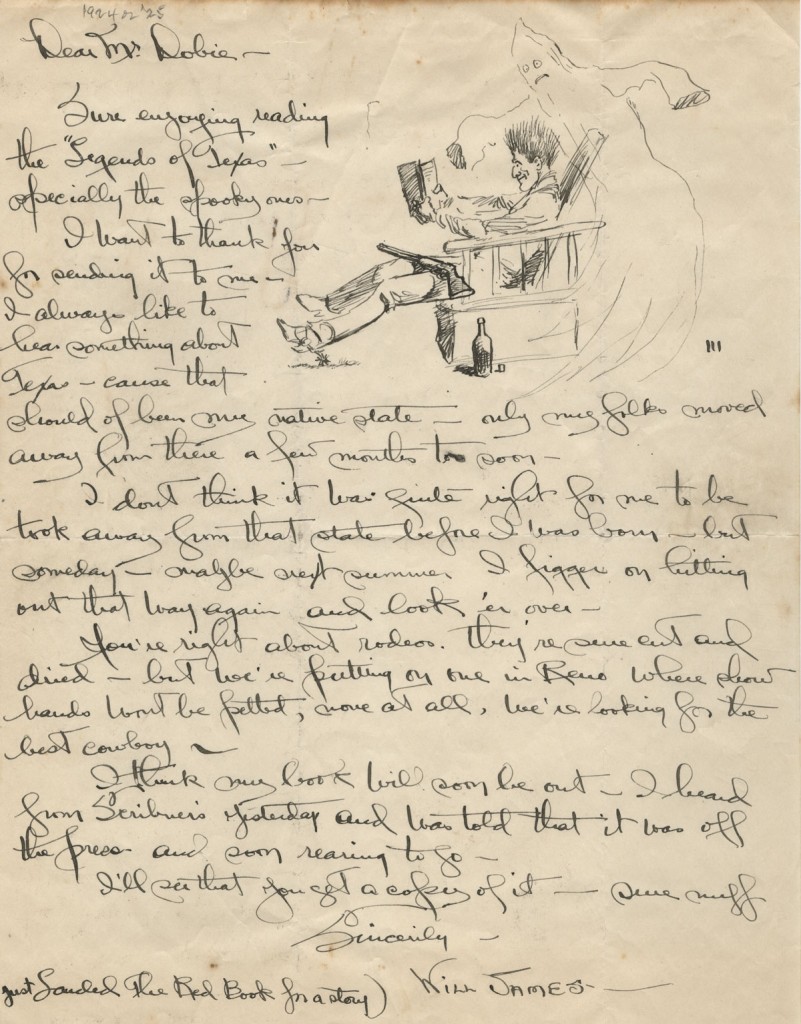 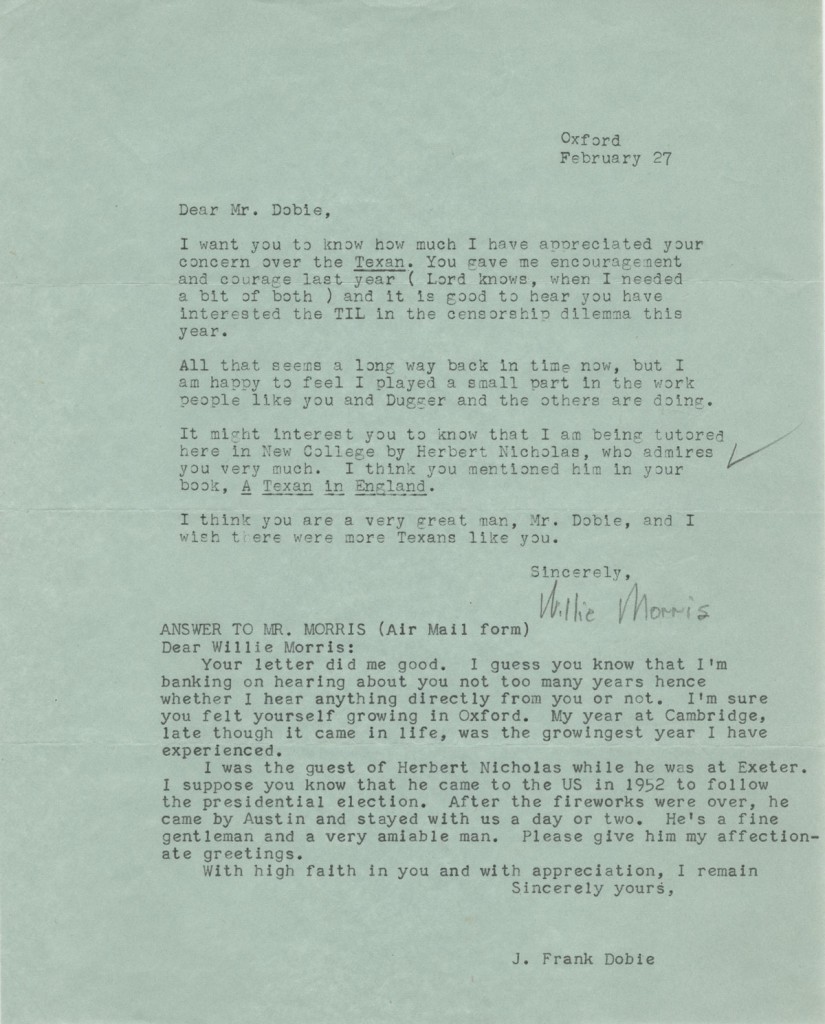 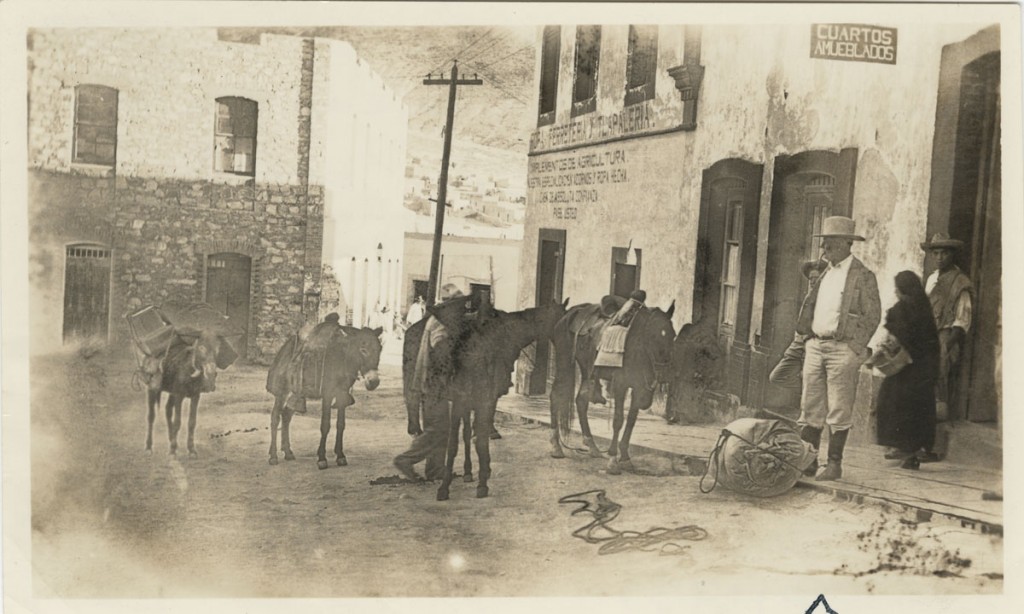 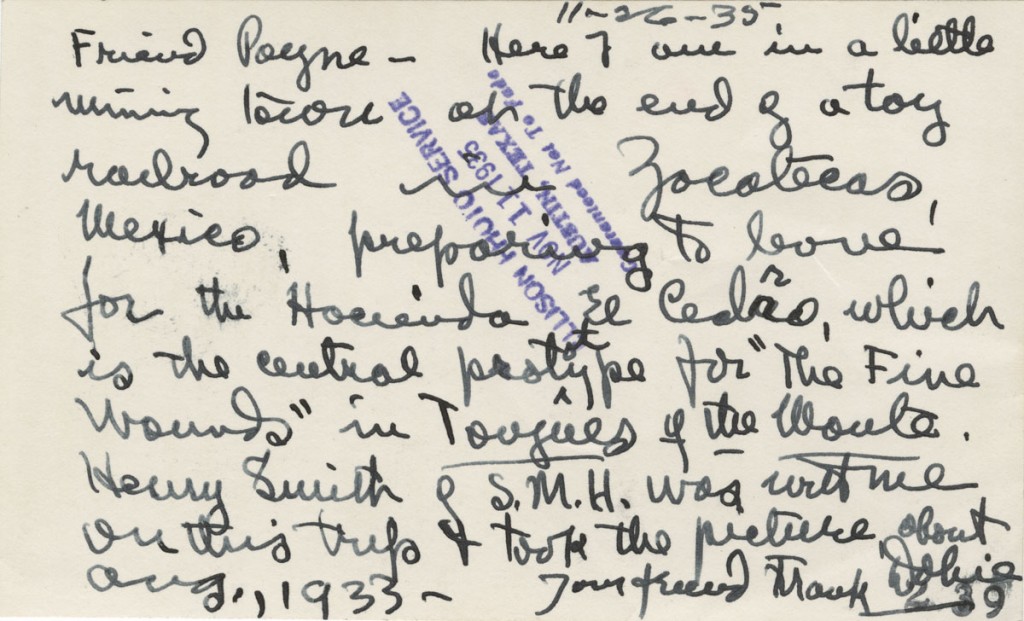 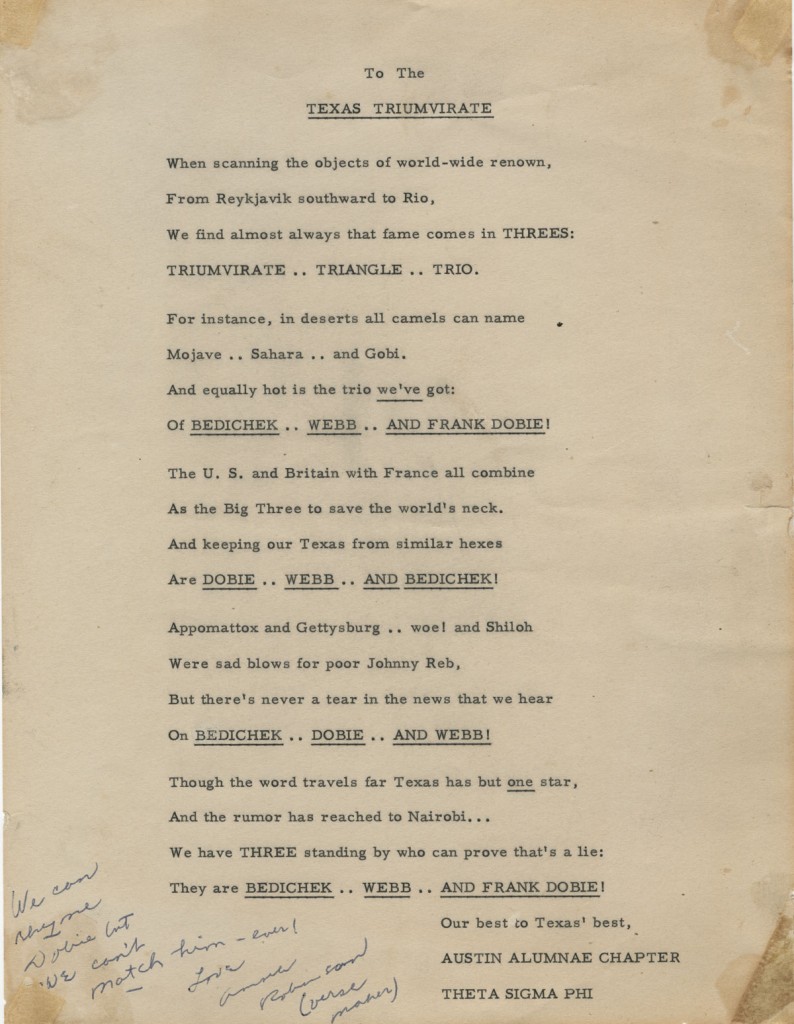 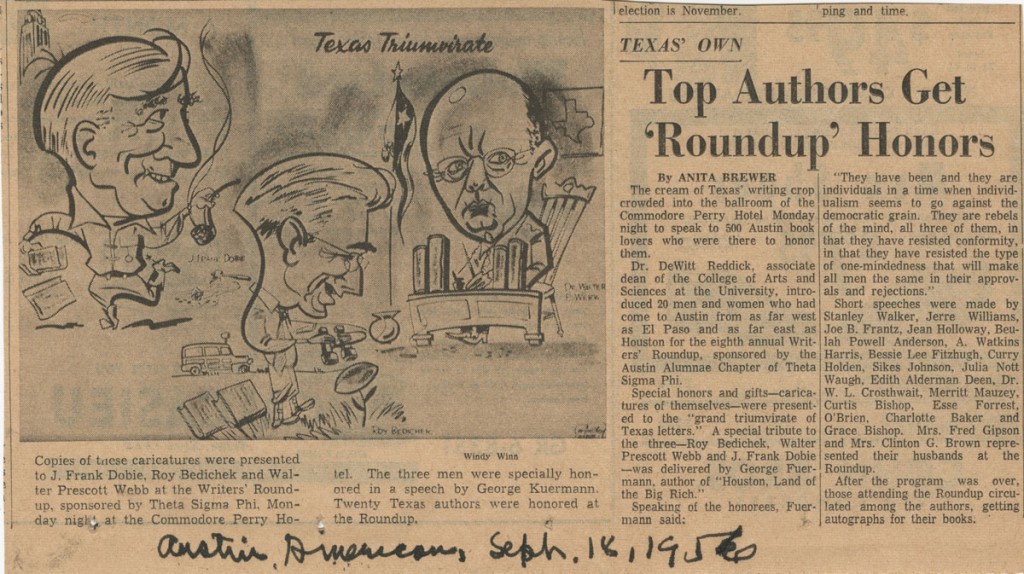 Sibley is an archivist in the Description & Access department who oversees retrospective conversion cataloging of manuscripts and archives from the card catalog to online finding aids. She also frequently works on grant-funded cataloging projects, such as the Delmas Foundation Performing Arts project and the National Endowment for the Humanities project to catalog the PEN Records.