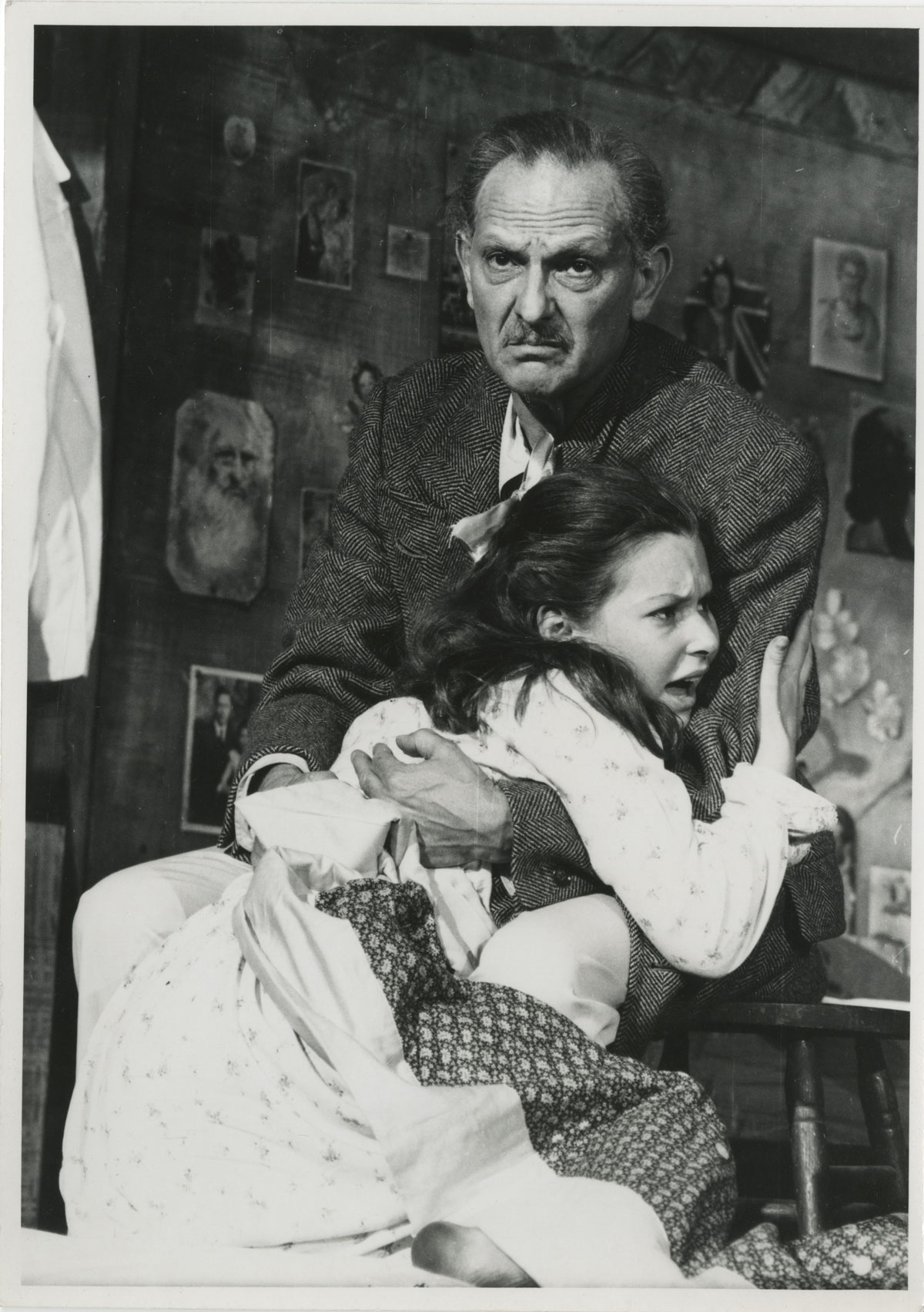 It has been over 60 years since The Diary of Anne Frank was first published in the United States.

Frequently listed among the most significant books of the twentieth century, the classic account of the 13-year-old girl who hid from the Nazis with her family in an attic in Amsterdam has long been an international bestseller. Many came to know the story ingrade school, or through the adaptations for stage and screen. Few realize how difficult it was for the story to be published, and how even more difficult it was to get the book adapted for the stage. Several collections across the Harry Ransom Center help to tell this story.

After his liberation from Auschwitz in 1945, Anne’s father Otto Frank discovered he was the sole survivor of the family. He was given his daughter’s diaries by Miep Gies, a family friend who had helped hide the Franks and had recovered the documents from the house shortly after the family’s arrest. (The diaries themselves are now part of the permanent collections of the Anne Frank House in Amsterdam.) Frank edited the diaries himself, and had them published in Dutch under the title Het Achterhuis (The Secret Annex) by Contact Publishing of Amsterdam in 1947.

Despite the unusual circumstances of the two years it covers (during which time 13-year-old Anne Frank and seven others were hiding out from the Gestapo in Amsterdam), this diary is a dreary record of typical family bickering, petty annoyances and adolescent emotions. An accurate picture perhaps of the reaction to such an unhealthy and dangerous confinement, it is nonetheless very dull reading.

The style, occasionally effusive, never compelling, is not at all distinguished. The perceptions, naturally childish, are never sparked by originality. It is not in any way a literary achievement, and would not add prestige to a publisher’s list. Even if the work had come to light five years ago, when the subject was timely, I don’t see that there would have been a chance for it.

The report is notable for a number of reasons. First, it reflects a growing fatigue in the United States regarding Holocaust stories only five years after the end of the war. The full extent of the atrocities of the Nazi regime had yet to be disclosed and there was a belief that, in the post-war period, focusing on such dark stories made it impossible for society to move on. The document is also a great example of how publishing houses reviewed manuscripts, and an inside look into how sometimes they got it wrong.

Within a year, the American rights to the Diary of Anne Frank were picked up by Doubleday (Knopf and Doubleday would eventually merge in 2008), but Doubleday delayed publication. The editors of Commentary magazine, published by the American Jewish Committee, learned of the Diary and wrote to Doubleday requesting permission to publish excerpts of the manuscript. According to the records of Commentary, held at the Ransom Center, Doubleday initially refused, stating that they had hoped to syndicate the story “in a magazine that pays top prices.” When they failed to find a magazine, Doubleday returned to Commentary, who paid $250 for the serial rights and copyright credit. Thus, the first time The Diary of Anne Frank appeared in print in the United States was in the May and June 1952 issues of Commentary. The response was enthusiastic, and Doubleday moved forward with publishing the full manuscript. A document in Commentary’s papers notes that “no other manuscript has ever created comparable excitement in Commentary and the editorial secretaries actually fought over the privilege of typing it.”

After the overwhelming success of the book version of The Diary of Anne Frank, Otto Frank turned his attention toward a stage adaptation. Novelist Meyer Levin wrote one adaptation, but when Frank couldn’t find a producer for it, he looked for other adapters. Among them was Lillian Hellman, who declined the opportunity. According to an interview David Goodrich had with Garson Kanin, who directed the Broadway production, Hellman said, “I think it is a great historical work which will probably live forever, but I couldn’t be more wrong as the adapter. If I did this it would run one night because it would be deeply depressing. You need someone with a lighter touch.” Hellman ultimately recommended Frances Goodrich and Albert Hackett, who would go on to write the Pulitzer Prize–winning drama. Hellman, for her part, invested in the producing company for The Diary of Anne Frank. Her contract and investment statements are included in her papers at the Ransom Center. The play opened on Broadway on October 5, 1957, and ran for over 700 performances.

Within a year of its opening on Broadway, a London production was mounted under the direction of Frith Banbury, whose papers also reside at the Ransom Center. Included among the correspondence files relating to the production are fan letters explaining how much the show meant to them. Banbury was also in contact with Otto Frank and other members of Frank’s extended family leading up to and after the opening of the London production. In one letter, Frank sent a photograph of Anne’s wall, including photos of celebrities she admired. Otto Frank specifically wanted to mention that his daughter was particularly fond of the British Princesses Elizabeth and Margaret Rose.

Frances Goodrich and Albert Hackett’s The Diary of Anne Frank will be performed at the Oscar G. Brockett Theatre at The University of Texas at Austin from October 8 to 18, 2015, under the direction of Brant Pope. A lobby display of facsimiles of materials from the Ransom Center will be featured in the theater lobby. The Ransom Center will also be participating in the symposium Anne Frank: Holocaust, Memory and Performance on October 8 and 9 at the Julius Glickman Conference Center. The symposium is a collaboration between The University of Texas at Austin Department of Theatre & Dance and the Schusterman Center for Jewish Studies. For more information on both events, visit the website for Theatre & Dance.