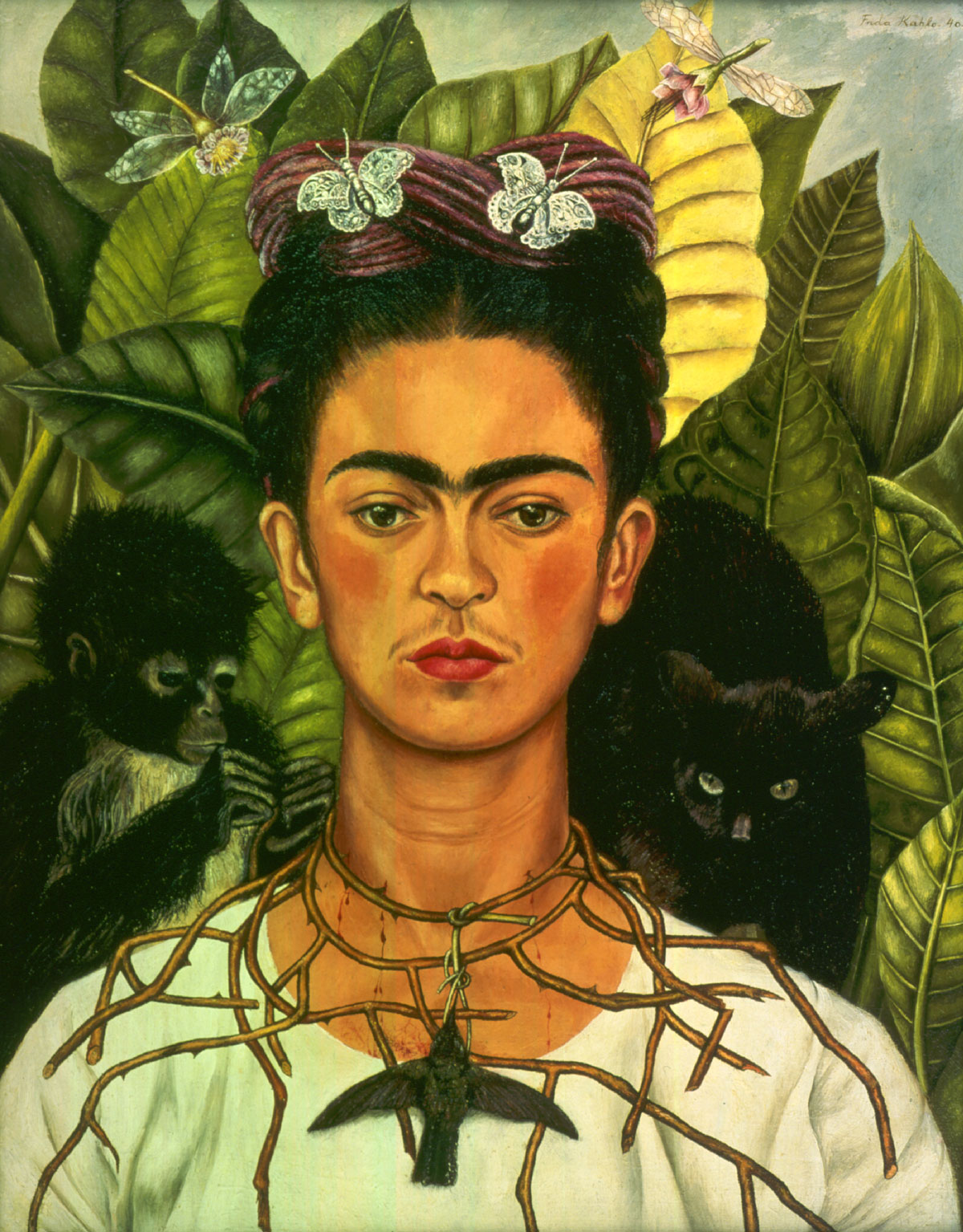 The Ransom Center celebrates the homecoming of one of its most famous and frequently borrowed art works, the Mexican artist Frida Kahlo’s “Self-portrait with Thorn Necklace and Hummingbird” (1940).

Since 1990 the painting has been featured in exhibitions in more than 25 museums in the United States and around the world, including Australia, Canada, France, Spain, Mexico and Italy.

The painting was most recently on view at the New York Botanical Garden’s exhibition “FRIDA KAHLO: Art, Garden, Life,” which had record-breaking attendance of more than 525,000 visitors.

Kahlo (1907-1954) taught herself how to paint after she was severely injured in a bus accident at the age of 18. For Kahlo, painting became an act of cathartic ritual, and her symbolic images portray a cycle of pain, death and rebirth.

Kahlo’s affair in New York City with her friend, the Hungarian-born photographer Nickolas Muray (1892-1965), which ended in 1939, and her divorce from the artist Diego Rivera at the end of the year, left her heartbroken and lonely. But she produced some of her most powerful and compelling paintings and self-portraits during this time.

Muray purchased the self-portrait from Kahlo to help her during a difficult financial period. It is part of the Ransom Center’s Nickolas Muray collection of more than 100 works of modern Mexican art, which was acquired by the Center in 1966. The collection also includes “Still Life with Parrot and Fruit” (1951) and the drawing “Diego y Yo” (1930) by Kahlo.