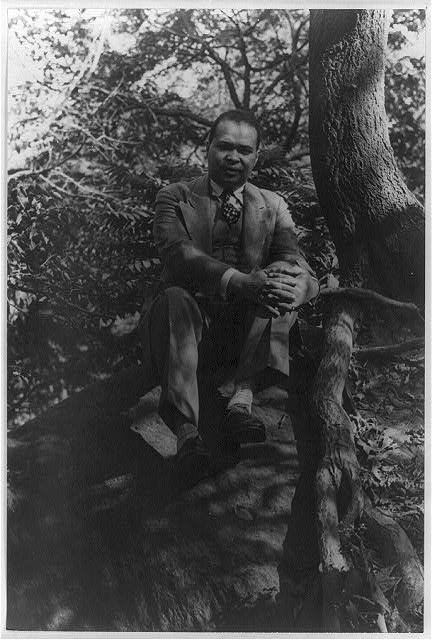 Countée Cullen was one of the first poets to establish a national reputation in the midst of the Harlem, or New Negro, Renaissance. Critics recognized Cullen’s first book of poetry, Color (1925), as a significant literary achievement.

Throughout his life, Cullen expressed the desire to be known as a “poet” rather than a “Negro poet.”  That is, he wanted critics and readers to appreciate and evaluate his work without regard to his race. This philosophy subjected Cullen to a fair amount of criticism from fellow artists including his friend Langston Hughes, who took Cullen to task (without naming him) in his influential essay, “The Negro Artist and the Racial Mountain.”

Today, Cullen is probably best known for two poems that appeared in Color: “Yet Do I Marvel” and “Incident,” both explicitly about the experience of being African American in the United States. “Yet Do I Marvel” begins:

I doubt not that God is good, well-meaning, kind,

And did He stoop to quibble could tell why

Why flesh that mirrors Him must some day die…

Yet do I marvel at this curious thing:

To make a poet black, and bid him sing!

In “Incident,” the narrator recounts a trip to Baltimore as a young man during which a white youth “poked out/ His tongue” and called him a racial epithet:

I saw the whole of Baltimore

From May until December;

Of all the things that happened there

That’s all that I remember.

These poems are but a small sampling of the wide ranging poetry of Color, a collection praised for its depth in many reviews. Among those was a review in the poetry magazine Palms. Palms had featured poems by Cullen in 1923, 1924, and 1925.  In the January 1926 issue, Palms reviewer John Weatherwax pronounced Cullen “one of the greatest of the younger American poets” and praised the great variety and depth of the collection. Weatherwax concluded his review with three succinct statements:

Cullen had indeed become a poet to watch, and he would continue to shape the Renaissance, not only as a poet, but as an editor as well.