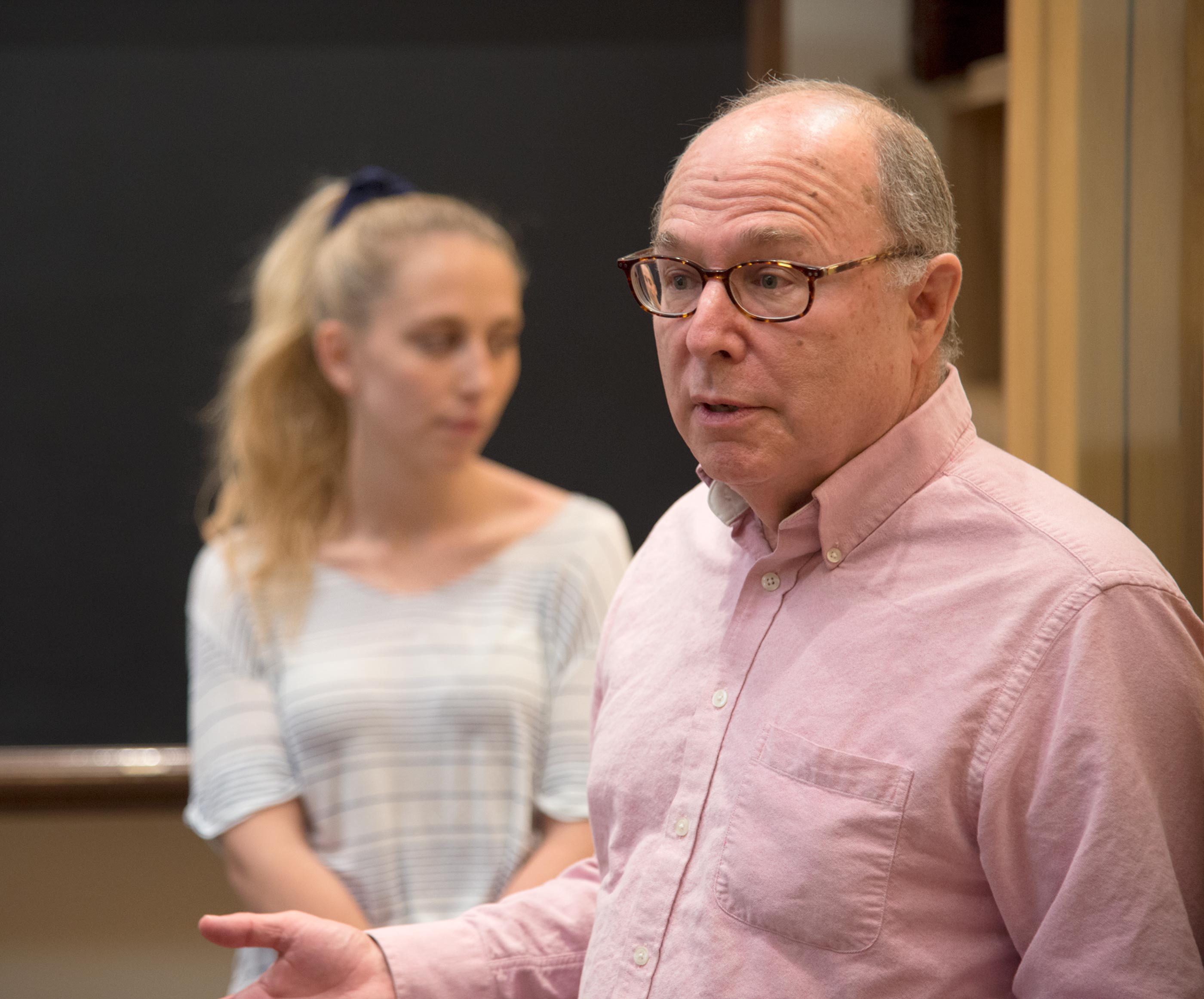 Dr. Robert Abzug is a professor of History and American Studies as well as the Audre and Bernard Rapoport Regents Chair of Jewish Studies and the Director of The Schusterman Center for Jewish Studies at The University of Texas at Austin. He received a B.A. and Ph.D. in History from Harvard University and the University of California, Berkeley, respectively. His publications include Inside the Vicious Heart: Americans and the Liberation of Nazi Concentration Camps (1985), Cosmos Crumbling: American Reform and the Religious Imagination (1994), and America Views the Holocaust, 1933-1945: A Brief Documentary History (1999).

For the Spring 2016 semester, Dr. Abzug is teaching the Liberal Arts Honors course Psychology and Religion in Modern American Culture, “which explores the historical, religious, and psychological roots and contexts of the ‘search for meaning’ in modern American culture.” The class convenes one day a week in the Harry Ransom Center where primary sources from the Ransom Center’s holdings are incorporated into class discussions.

What was the genesis of this class or the initial thought process of developing a class that incorporates the Ransom Center?

Robert Abzug: This level of History class has traditionally concentrated on undergraduate research and I’ve always had a research component in my classes, but it was only a growing familiarity of what was available at the Ransom Center that made me think of linking the two. It really began when American Studies professor Steve Hoelscher and I taught a graduate seminar on photography and modern American culture and we taught at the Ransom Center. Part of the routine was students giving reports on various aspects of photography and sharing what they thought were the appropriate images from this vast incredible collection of photography. It just dawned on me that that’s not only for graduate students, it’s for undergraduates, too, and for other classes.

What was your first interaction with undergraduate research?

RA: The key experience for me was when I was a freshman in college and had a freshman seminar where I was conducting research in an archive. I was studying American slavery and looking at planter’s diaries and slave narratives, all in the original. And there was something about that, touching it, opening up the books, opening up the manuscripts, getting a letter out of a folder. It was so thrilling to me.

Do you have a particular collection you enjoy sharing with this class or from the Ransom Center in general?
RA: What’s become my favorite is the (Alfred A.) Knopf collection. It’s an incredible resource, since Knopf has published so many great authors.The very process of publishing as an art and as an industry is revealed in the records of the collection.