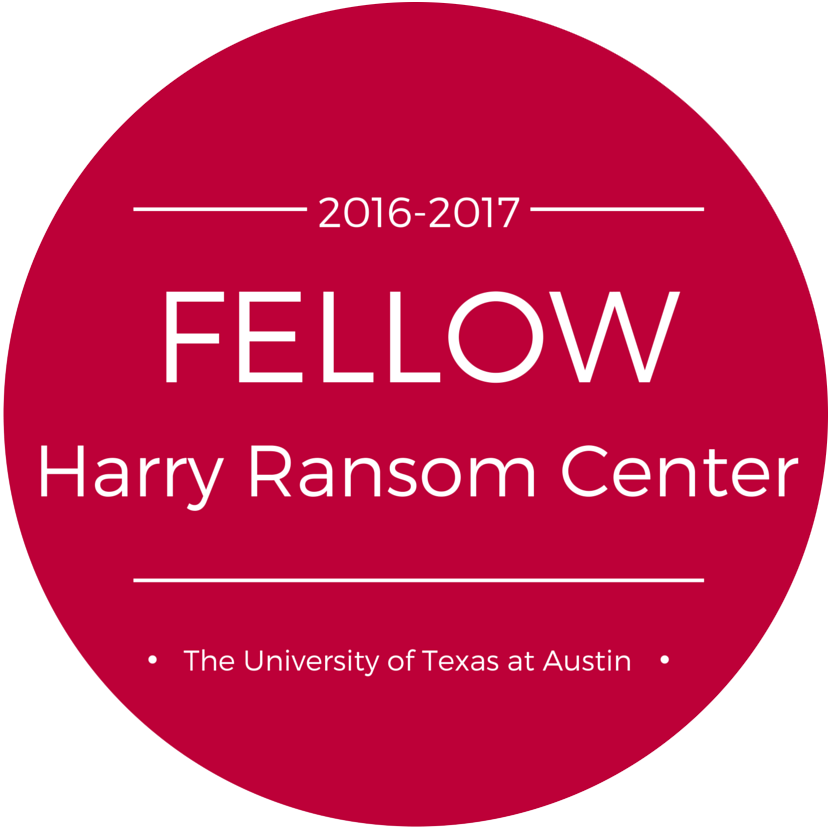 Leslie A. Przybylek, Curator of History at Senator John Heinz History Center, is from Pittsburgh, Pennsylvania.

She is the recipient of a 2016–2017 Robert De Niro Fellowship from the Ransom Center in support of her research project, “Facets of Film: Exploring the Legacy of Western Pennsylvania at the movies.”

This project is part of a larger initiative to research and document the impact of the film and the film industry on Western Pennsylvania, including a look at the many Pittsburgh-area entrepreneurs, such as Edwin S. Porter, the Warner brothers, and Lewis Seleznick—later to be Selznick—who emerged from the region’s industrial communities to seek new opportunities in the fledgling movie business, and the changing ways in which the city and region have been portrayed in film over time—from early depictions in Edison’s industrial films through new visions of Pittsburgh in the twenty-first century. The long-term result will be a major exhibition at the Senator John Heinz History Center in Pittsburgh. Hopefully there will also be a few other projects that come out of this, including an article, multiple blogposts, and public presentations.

The David O. Selznick and Myron Selznick collections—mainly the materials that pertain to their father, Lewis. The Robert De Niro collection—materials specifically connected to the movie The Deer Hunter.

The David O. Selznick collection is so huge that I’d love to be able to see more of it—such as the costume sketches from Gone With the Wind, as well as maybe a couple costumes. If there is a bit of time, I’d love to explore the Irwin Margulies materials from the film Lawrence of Arabia and anything from the Peter Matthiessen collection.

I’ve had my share of discoveries at different places (love the Mercantile Library in St. Louis). But the “archives moment” that still stands out for me is my first time at the Southwest Regional Archives in Fort Worth, Texas, exploring the trial transcripts from the U.S. Court for the Western District of Arkansas. It’s certainly not an unknown collection, but reading the original accounts of people in those court cases brought to life a sense of place that has remained pretty indelible. One case (Jack Spaniard) involved people bringing a dog into the courtroom as a major trial player. You can’t make that kind of thing up; people wouldn’t believe you. And all these years later, I still remember that dog’s name.

I spent eight years in Kansas City, so I hope to check out the Austin barbecue scene and compare. (I know, those are fightin’ words.) Depending on the time of year, the bat colony is always fascinating, and I’d really like to see the LBJ Presidential Library and the Contemporary Art Museum. Shopping and some good Tex-Mex are on my list, too.