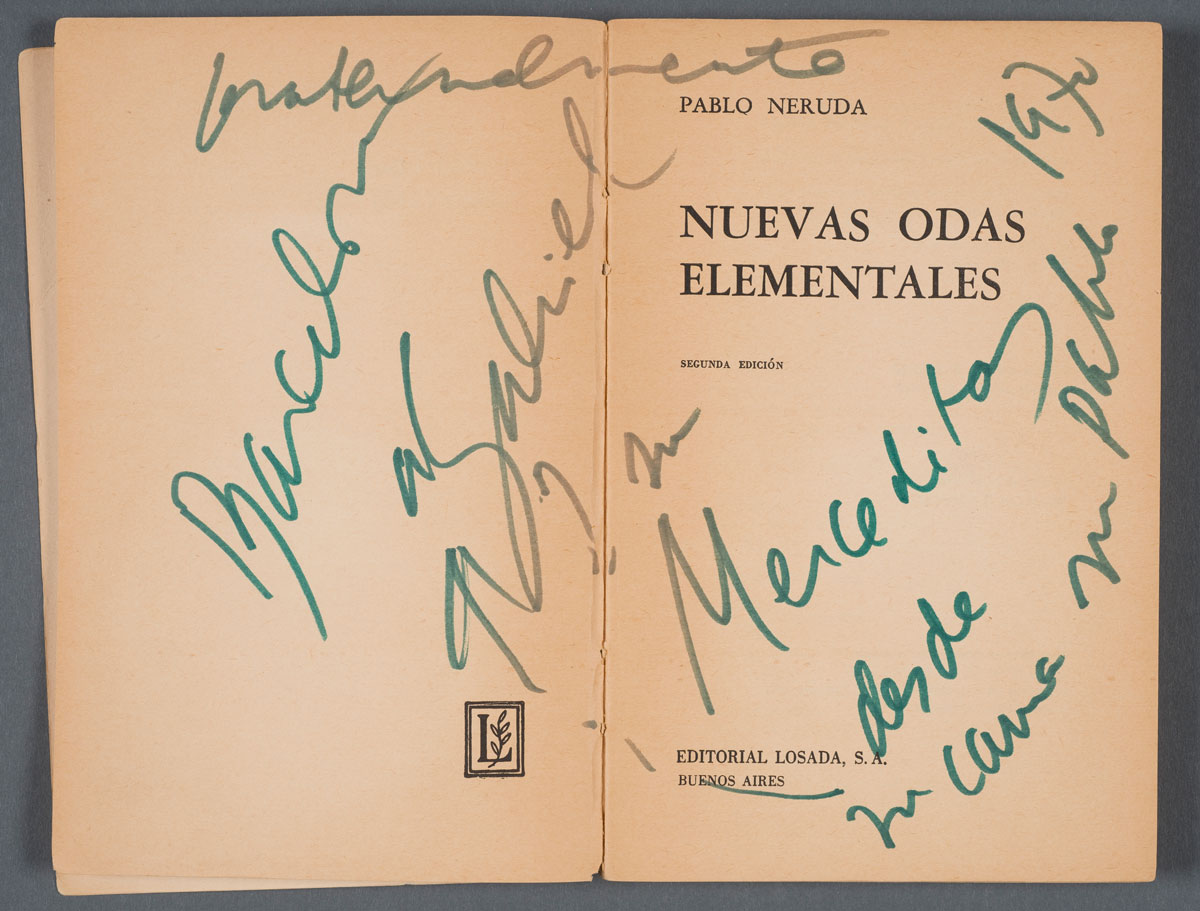 The Harry Ransom Center has acquired books from Gabriel García Márquez’s library. The collection will reside alongside the author’s literary archive, which the Ransom Center acquired in 2014.

The selection of more than 180 books includes those that are inscribed, signed, and sometimes annotated.

This selection from the Gabriel García Márquez library reveals expected and unexpected friendships and varied connections between the Nobel laureate and others. The collection includes books inscribed to García Márquez and to his wife, Mercedes, by friends and prominent political and cultural figures such as Isabel Allende, Richard Avedon, Fidel Castro, Bill Clinton, J. M. Coetzee, Carlos Fuentes, Pablo Neruda, Toni Morrison, and Mario Vargas Llosa, among others. Also within the library are a number of García Márquez’s own works with annotations by the author.

Some of the books from the García Márquez library and their inscriptions can be seen online.

“I was García Márquez’s official biographer and knew him for 20 years, until his death,” said Gerald Martin, the Andrew Mellon Professor Emeritus of Modern Languages at the University of Pittsburgh. “Few have had access to his library. I am thrilled by this extraordinary acquisition. … I would like nothing better than to take a flight from London tomorrow and spend a year (or more) among the riches of the Harry Ransom Center — my current American dream!”

One of the oldest presentation books is an inscribed first edition of Augusto Monterroso’s “Obras Completas (y otros cuentos)” (“Complete works (and other stories)”). García Márquez once said of one of Monterroso’s works, “This book should be read with your hands in the air: Its danger is based on its sly wisdom and the deadly beauty of its lack of seriousness.” The most recent books are Fidel Castro’s “La contraofensiva estratégica” and “La Victoria estratégica,” published in 2010. In a 1983 interview in Playboy, García Márquez said of Castro, “Ours is an intellectual friendship.”

With 15 books, Colombian poet and author Álvaro Mutis has the largest representation in the library. Authors in the collection come from more than 15 countries including Argentina, Chile, Colombia, Cuba, Guatemala, Mexico, Peru, Uruguay, and Venezuela. 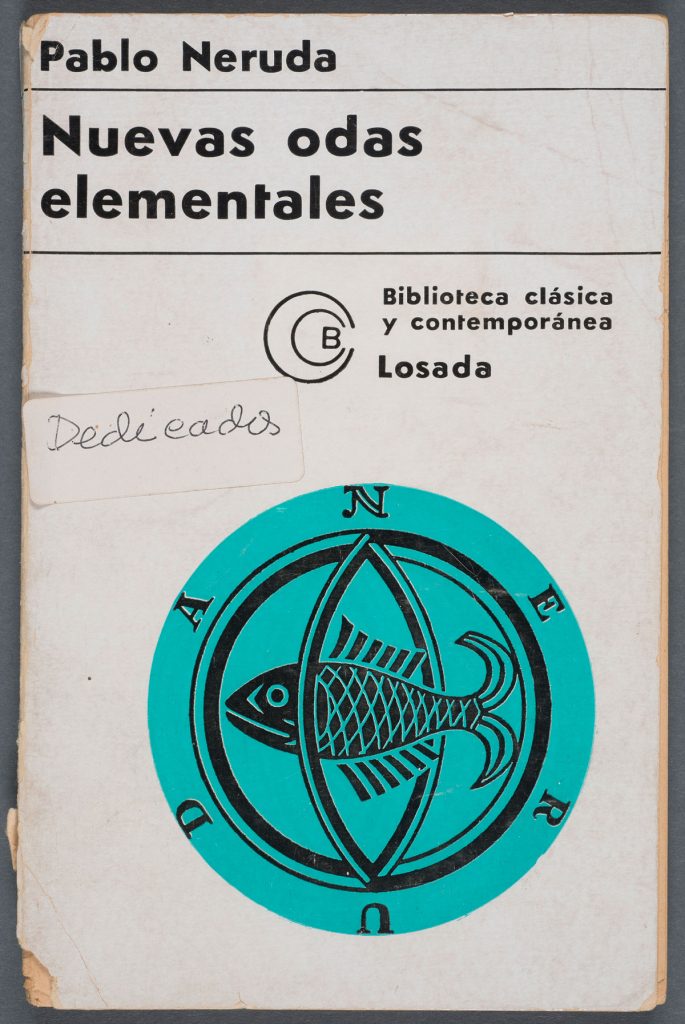 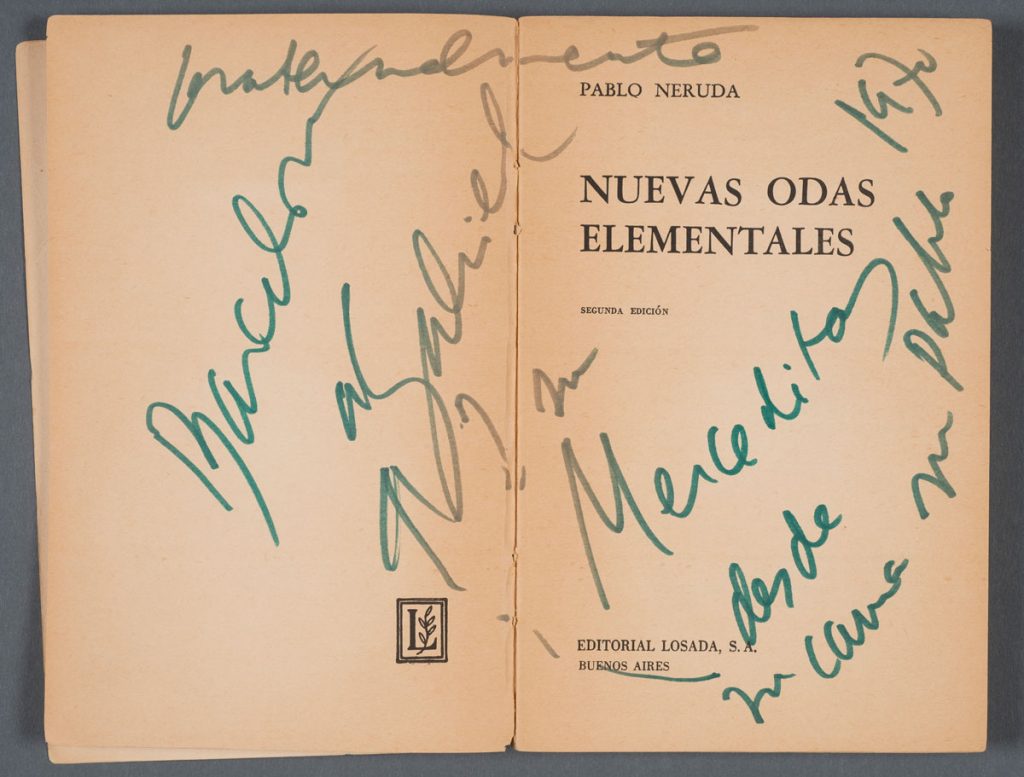 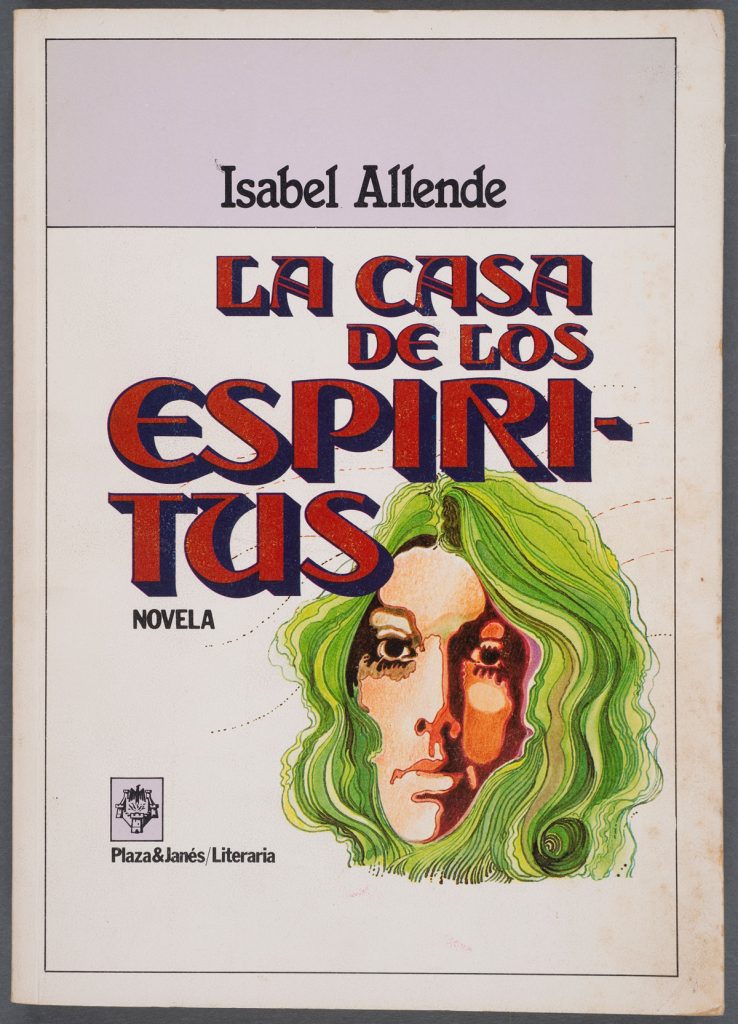 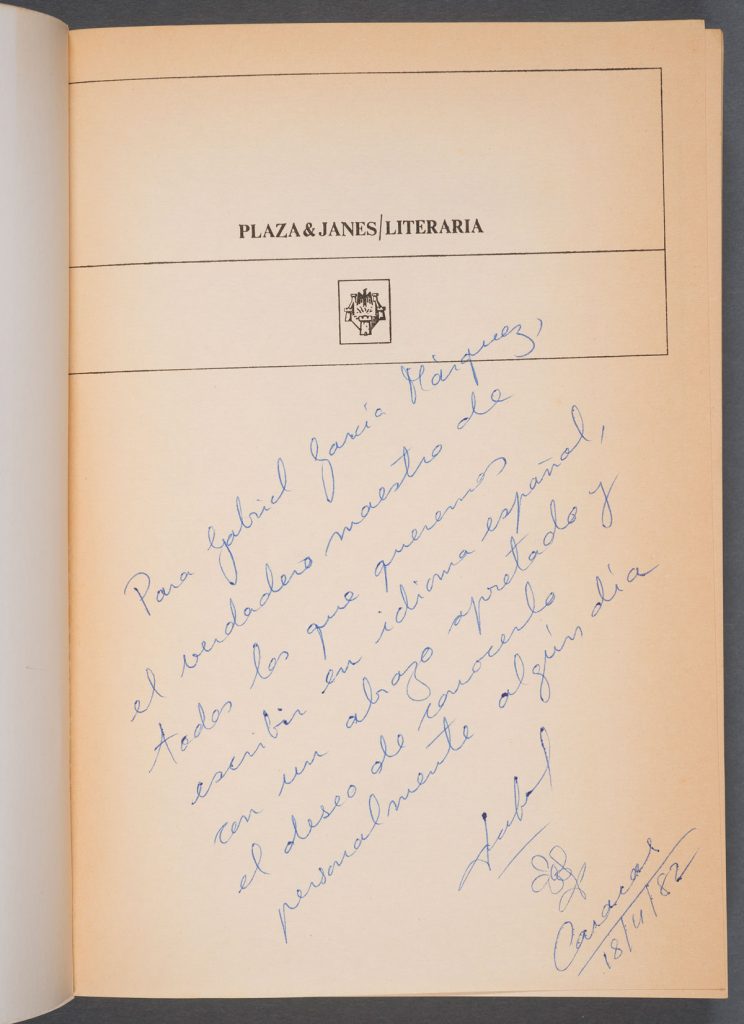 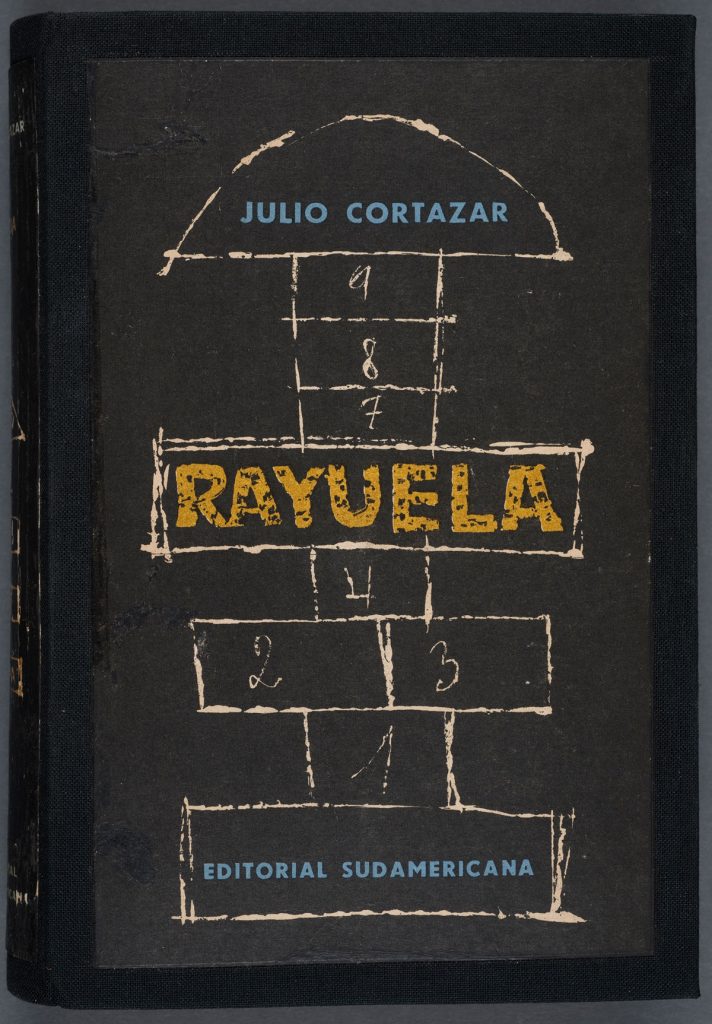 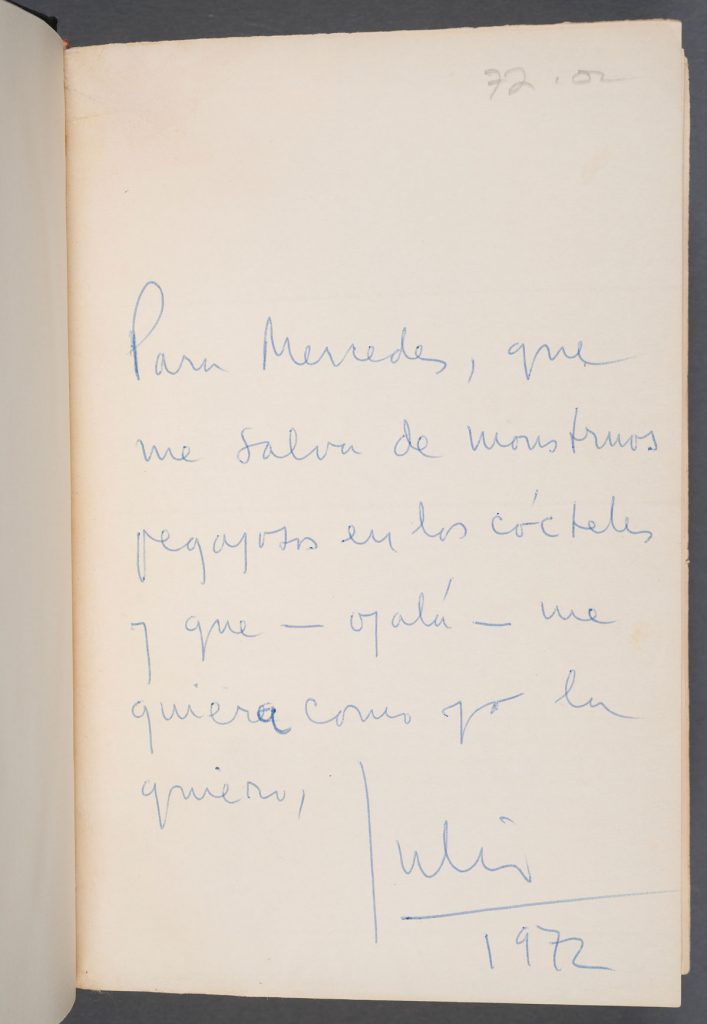 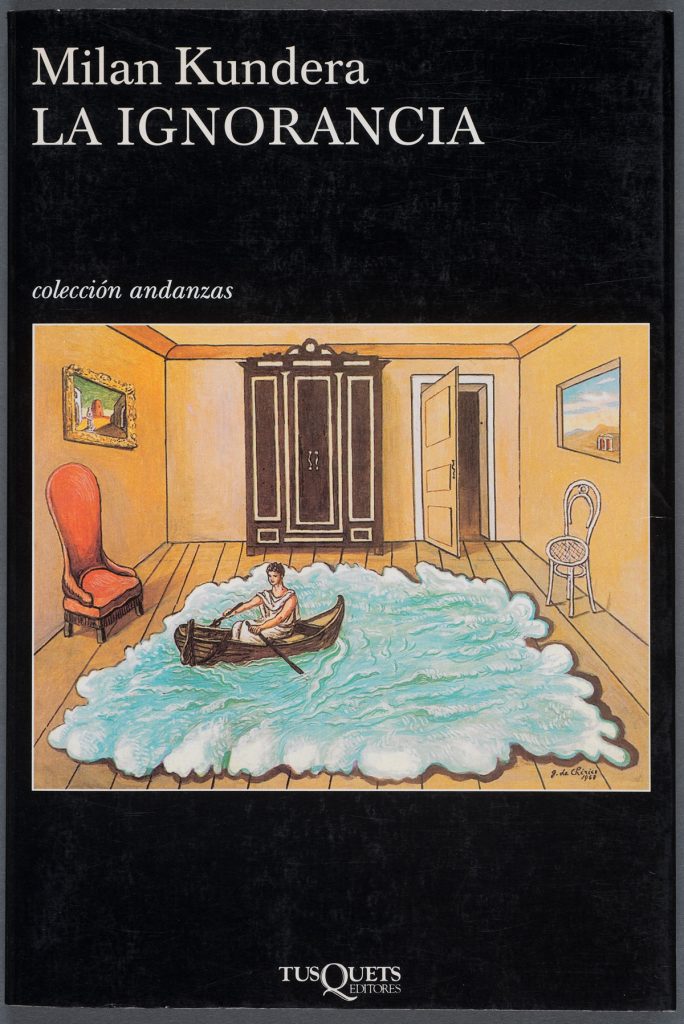 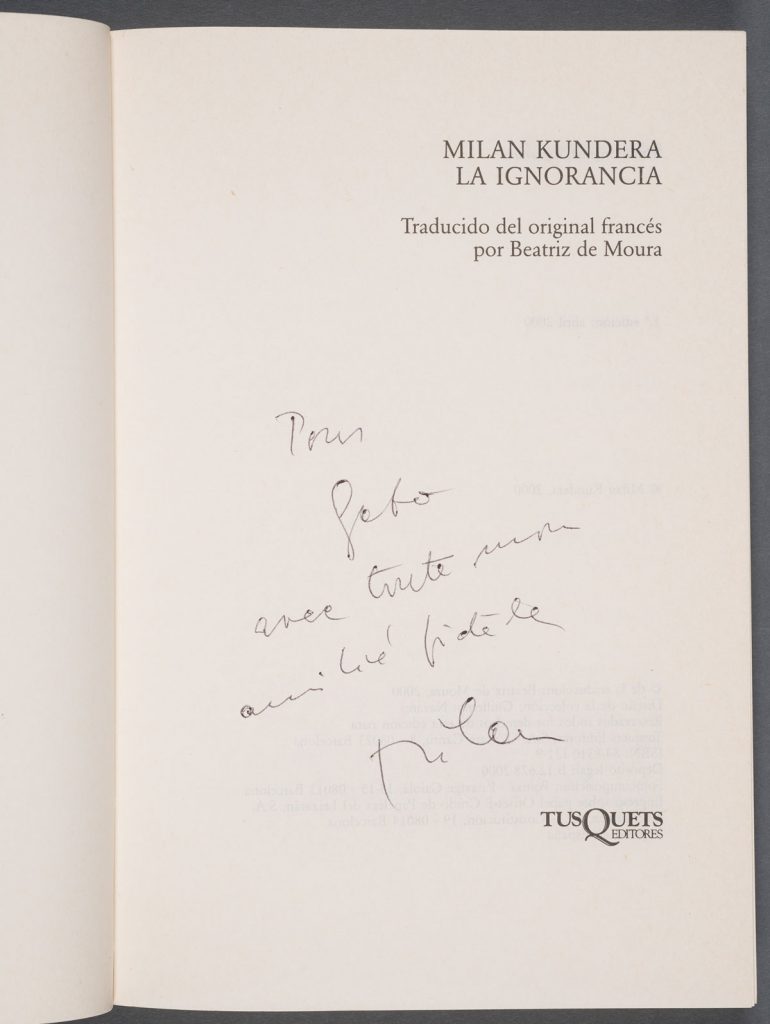 While processing and cataloging the collection, Amy F. Brown, the Ransom Center’s cataloging librarian, noted that “The García Márquez library is unique in its depth and variety. These books took me through a veritable Latin American ‘republic of letters.’”

The collection is open and accessible for research at the Ransom Center.