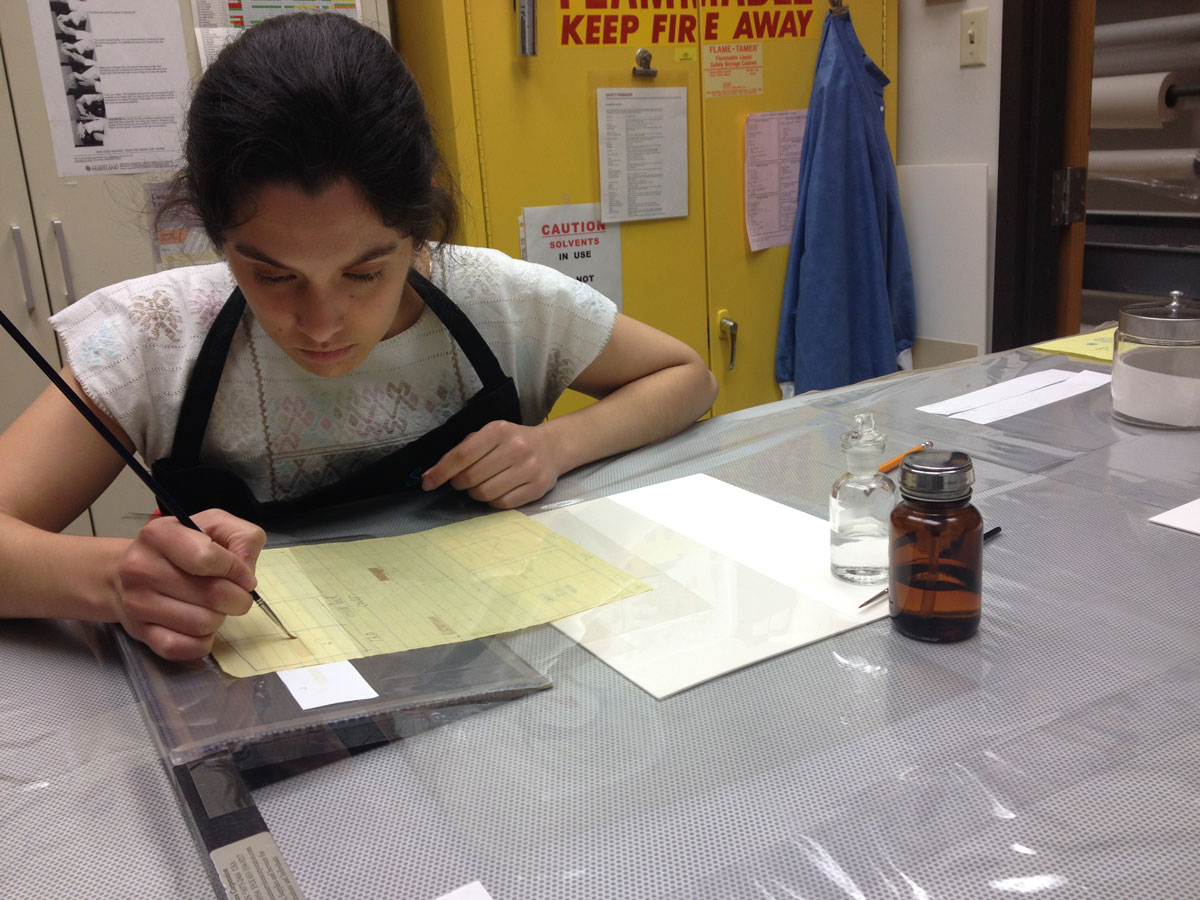 The Edward Ruscha Papers and Art Collection at the Harry Ransom Center includes preliminary layout sheets for Hard Light, a collaborative artist’s book published by Ruscha and Lawrence Weiner in 1978.

Hard Light is constructed as a narrative, with offset reproductions of photographs organized into nine chapters. Functioning much like film stills, the images form a sequence in which three women enact ambiguous scenarios around Los Angeles, confounding any reader who attempts to make sense of the story.

To create the preliminary layout, Ruscha and Weiner used individual frames selected and cut out from contact sheets printed from black-and-white 35mm negatives. They sequenced 66 frames, numbering and annotating the verso of some. They then adhered the small contact prints to ten yellow notebook leaves with pressure-sensitive tape (PST), commonly found in homes and offices. They stapled the leaves together along their upper edges.

The main conservation issue with the preliminary layout sheets was that the PST was old and had lost its tackiness; the adhesive had migrated to the notebook paper and to the photographs—creating yellow and orange stains—and was no longer holding the photographs in place. Thus, there was the possibility of losing track of the original sequence of images. When the layout sheets arrived in the photography conservation lab, several images had already become detached. Keeping the photographs in their original positions and allowing safe handling by researchers were the main goals for this object.

After a discussion with art curator Peter Mears and visual materials cataloging head Mary Alice Harper, we decided to document the item, remove the PST, and reduce as much of the migrating adhesive as possible. At the same time, it was important not to completely remove the adhesive stains, as they provided evidence of the original positions of the photographs. The adhesive on the fronts of the photographs needed to be cleaned off, and the leaves had to be separated to make handling easier and safer.

Before any treatments were performed, we determined the positions of the detached photographs by referring to photographic documentation undertaken when the object was cataloged, and by matching the shapes of adhesive stains and loose PST on the photographs and paper. We also tested several solvents on non-collection material in order to determine which ones could be used to reduce the stains without affecting the color of the paper or the different inks.

After the testing was complete, the staples were carefully removed to allow access to all the leaves without damaging them. The small contact prints were detached and housed temporarily in compartmented polyester sleeves in their original page order.

The adhesive on the paper was treated in two steps: first we removed the remaining accretions mechanically, and then, according to the results of the solubility tests, we used solvents on the suction table. For each photograph, we removed the adhesive under the microscope and then cleaned the entire surface area, being careful to not remove wax pencil markings made during the editing process. 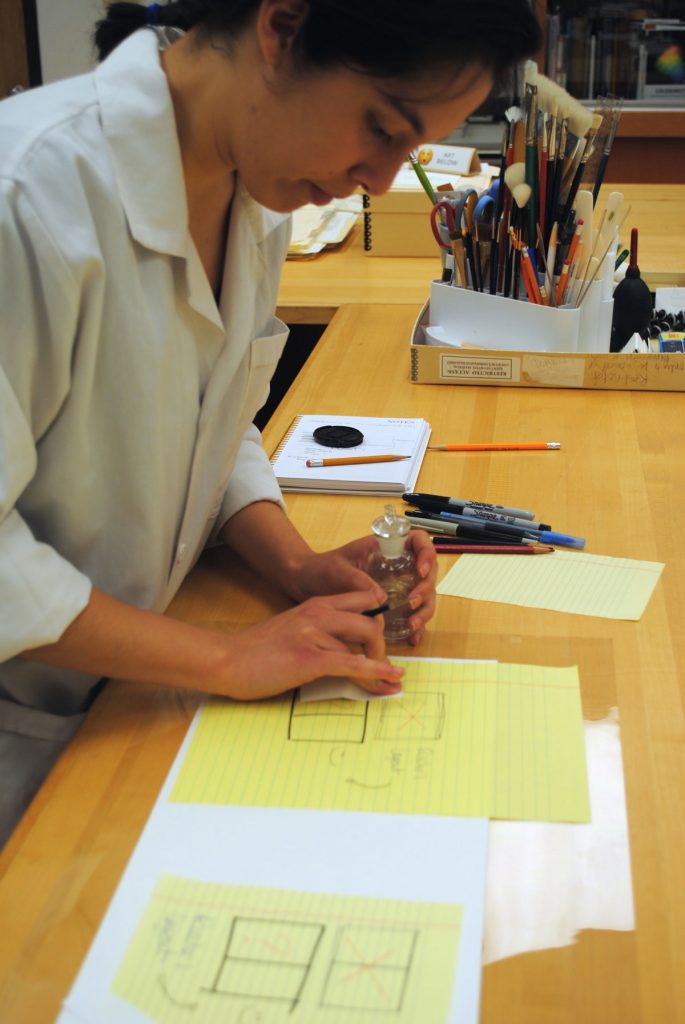 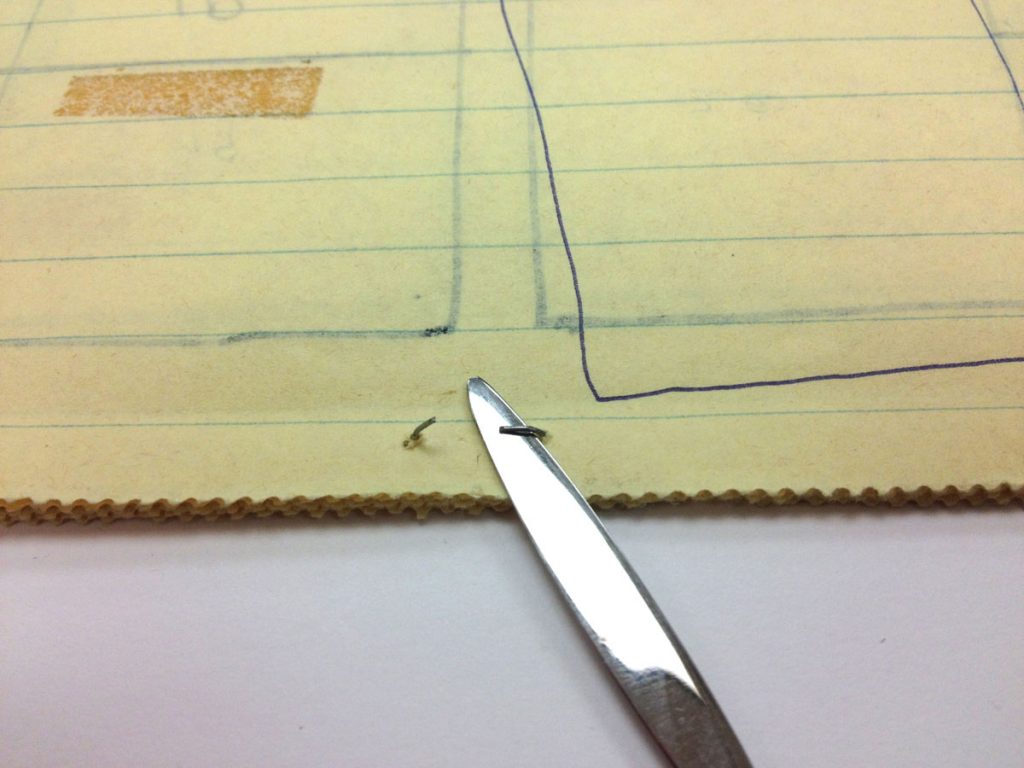 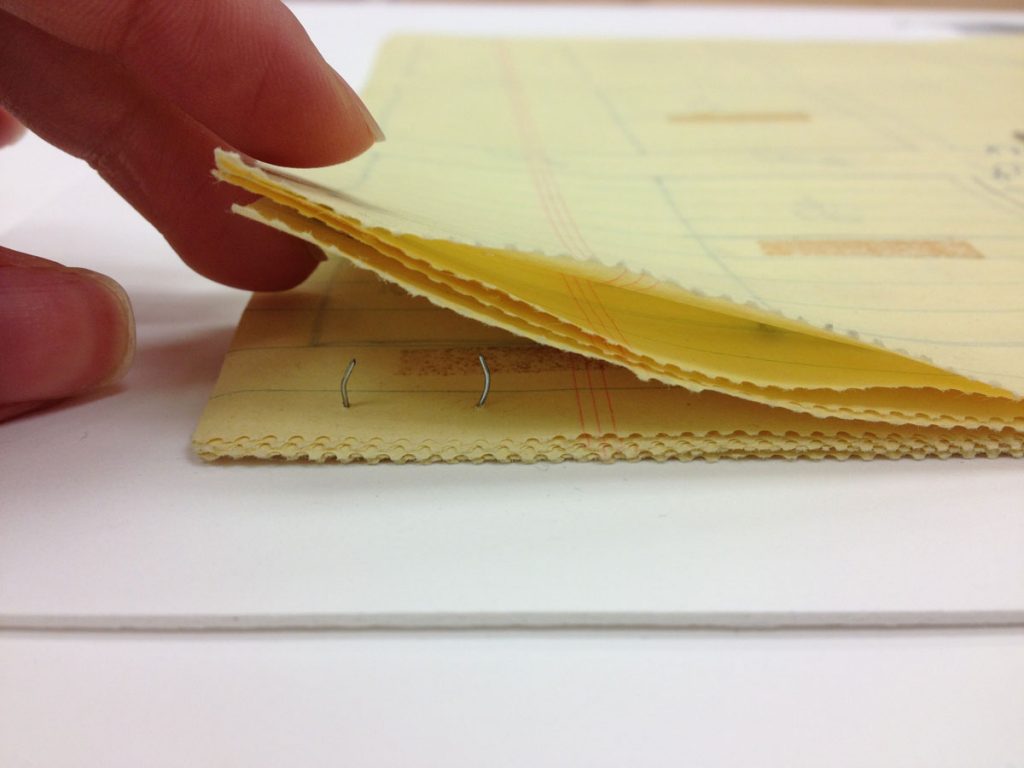 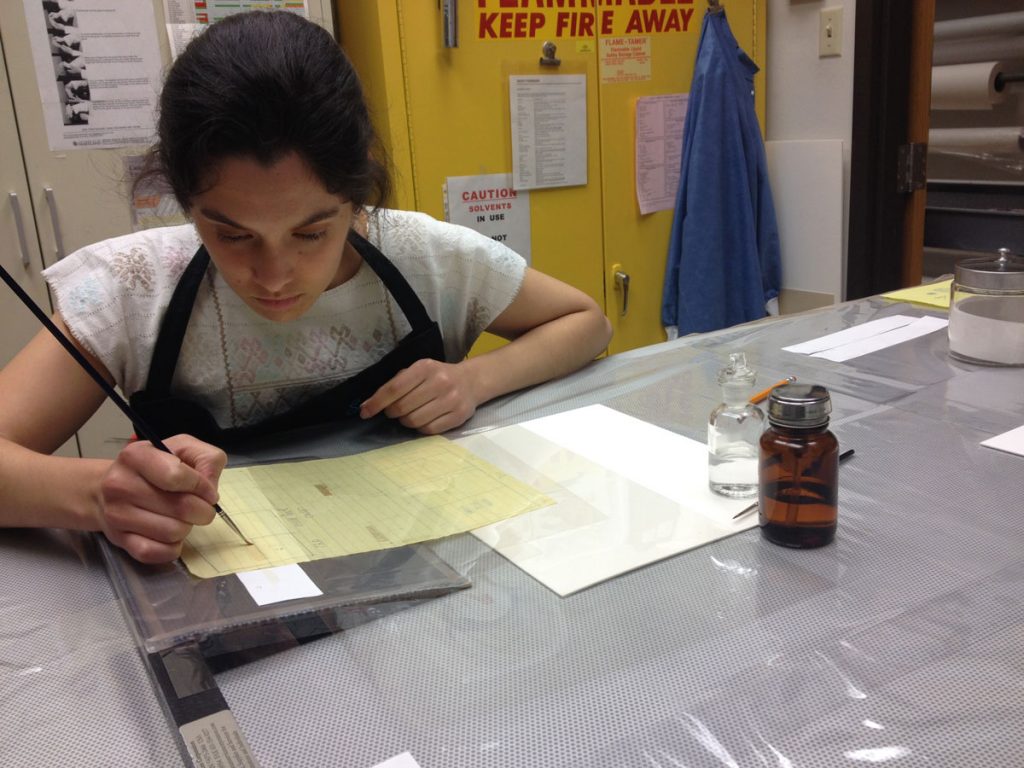 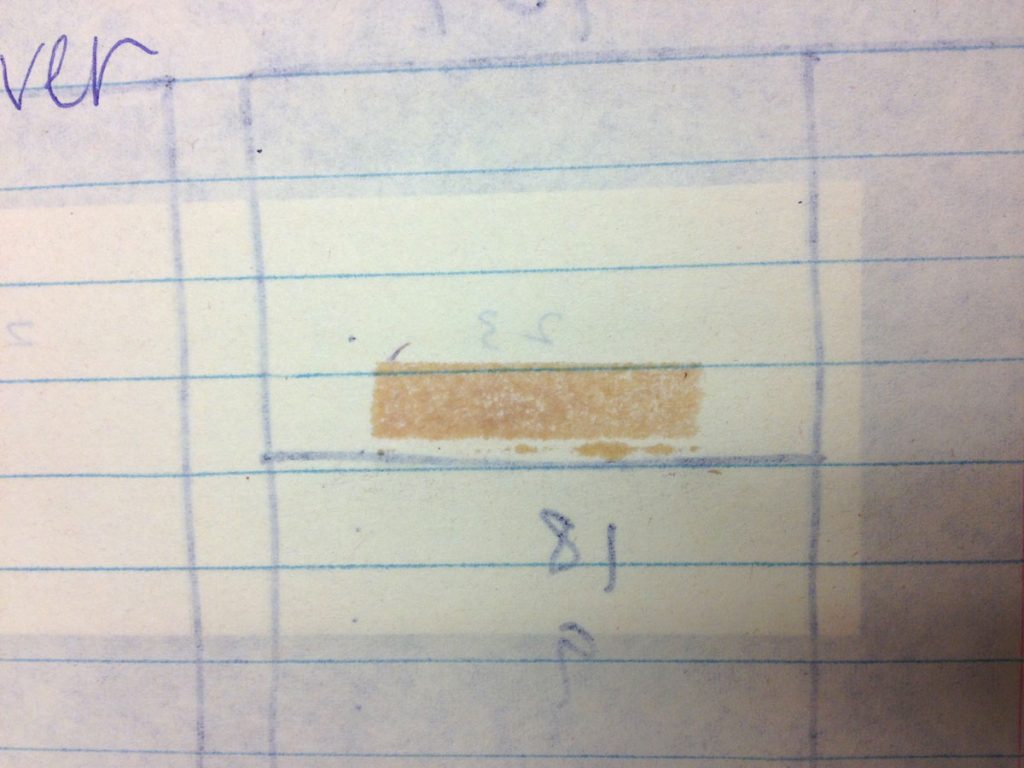 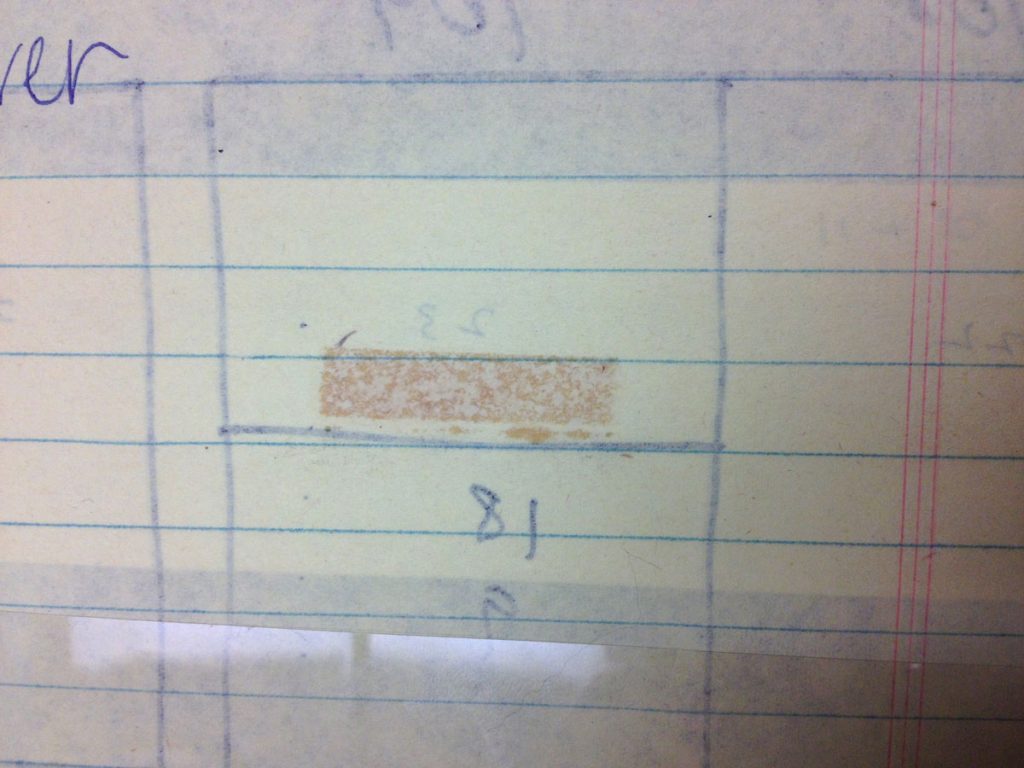 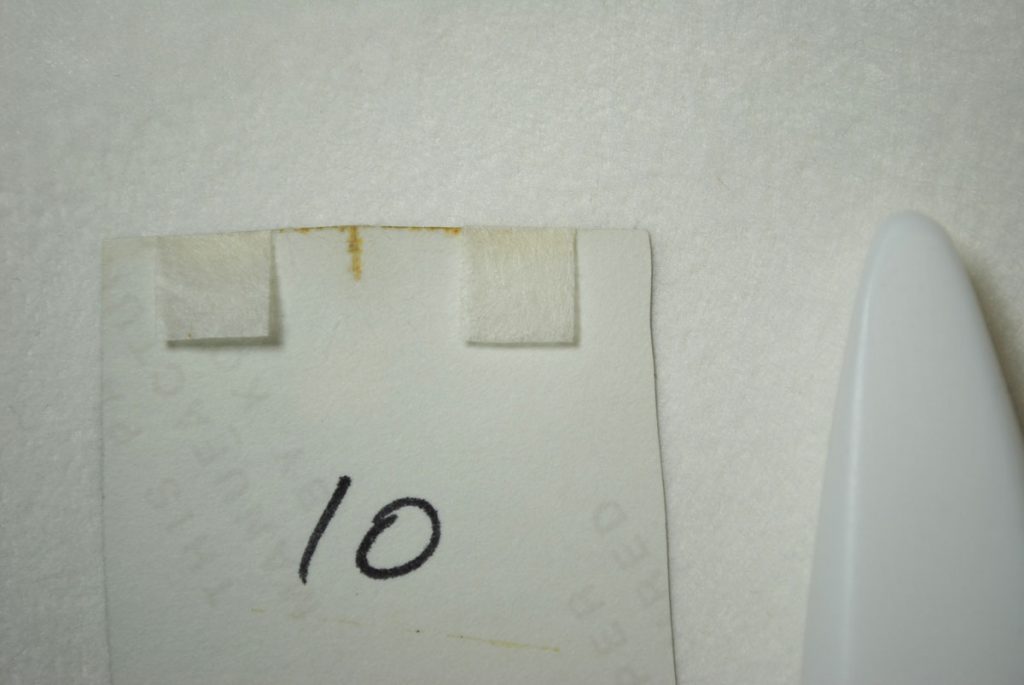 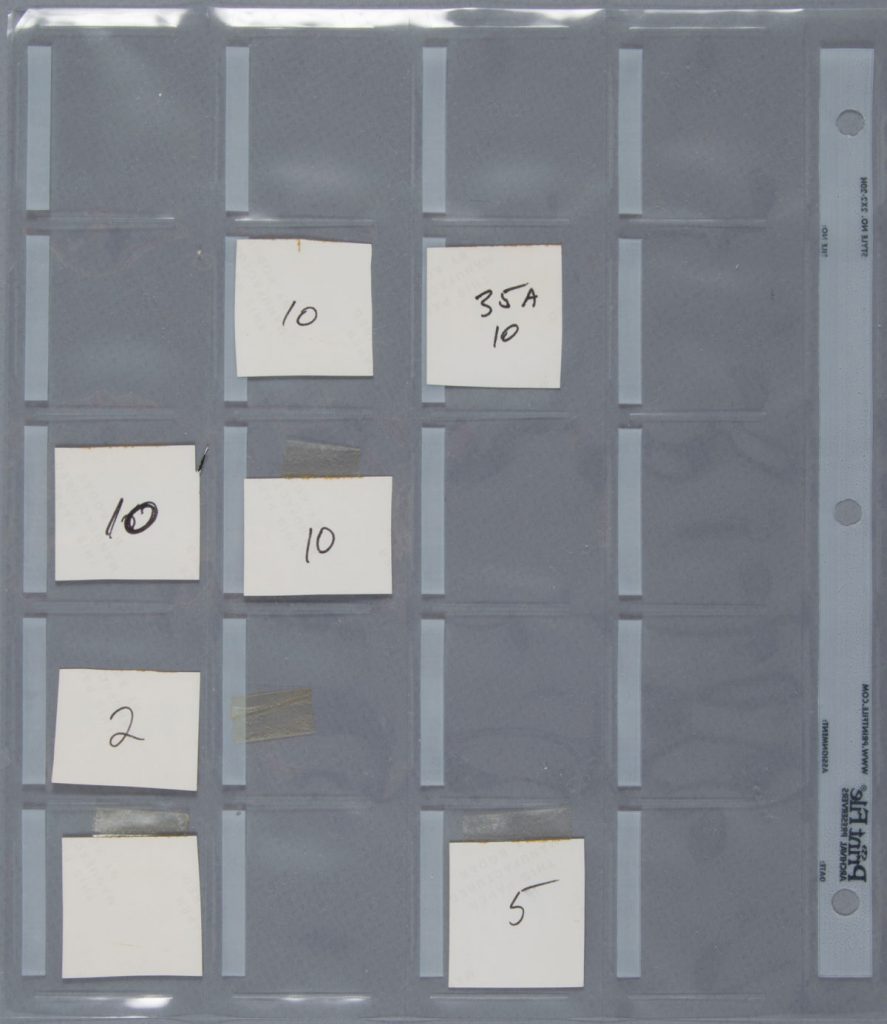 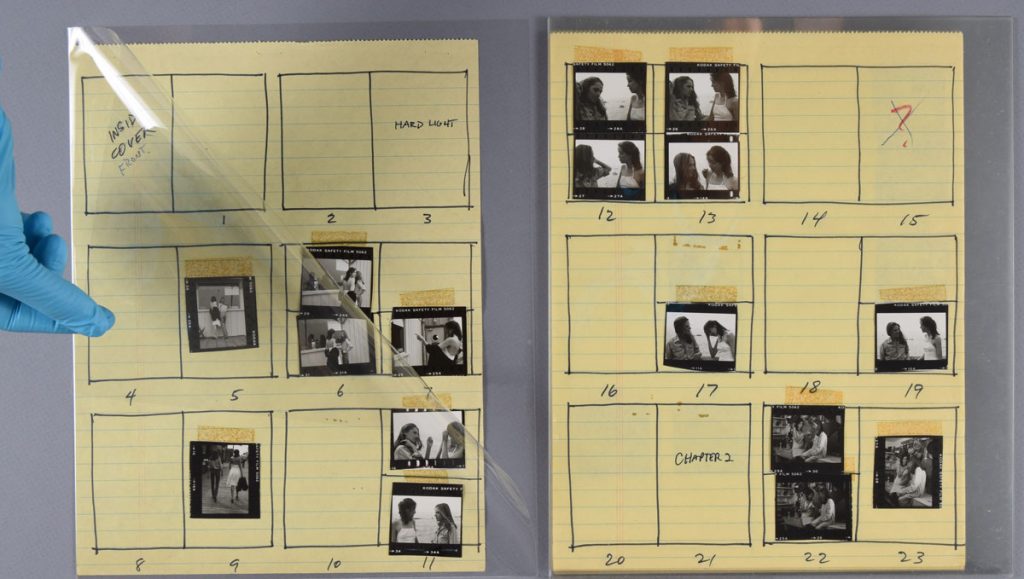 After reconstructing the order of the loose photographs, we reattached them by adhering small hinges of Japanese tissue to the back of each photograph with wheat starch paste.

Finally, following discussions with the archivist and the curator, each leaf was housed in a polyester “L” sleeve that allows access to the front and back of each page, and permits viewing of the inscriptions on the backs of the photographs.

Susana A. Hoyos Velasco was an intern in the Ransom Center’s preservation and conservation division. She studied at Escuela Nacional de Restauración, Conservación y Museografía in Mexico City, Mexico.