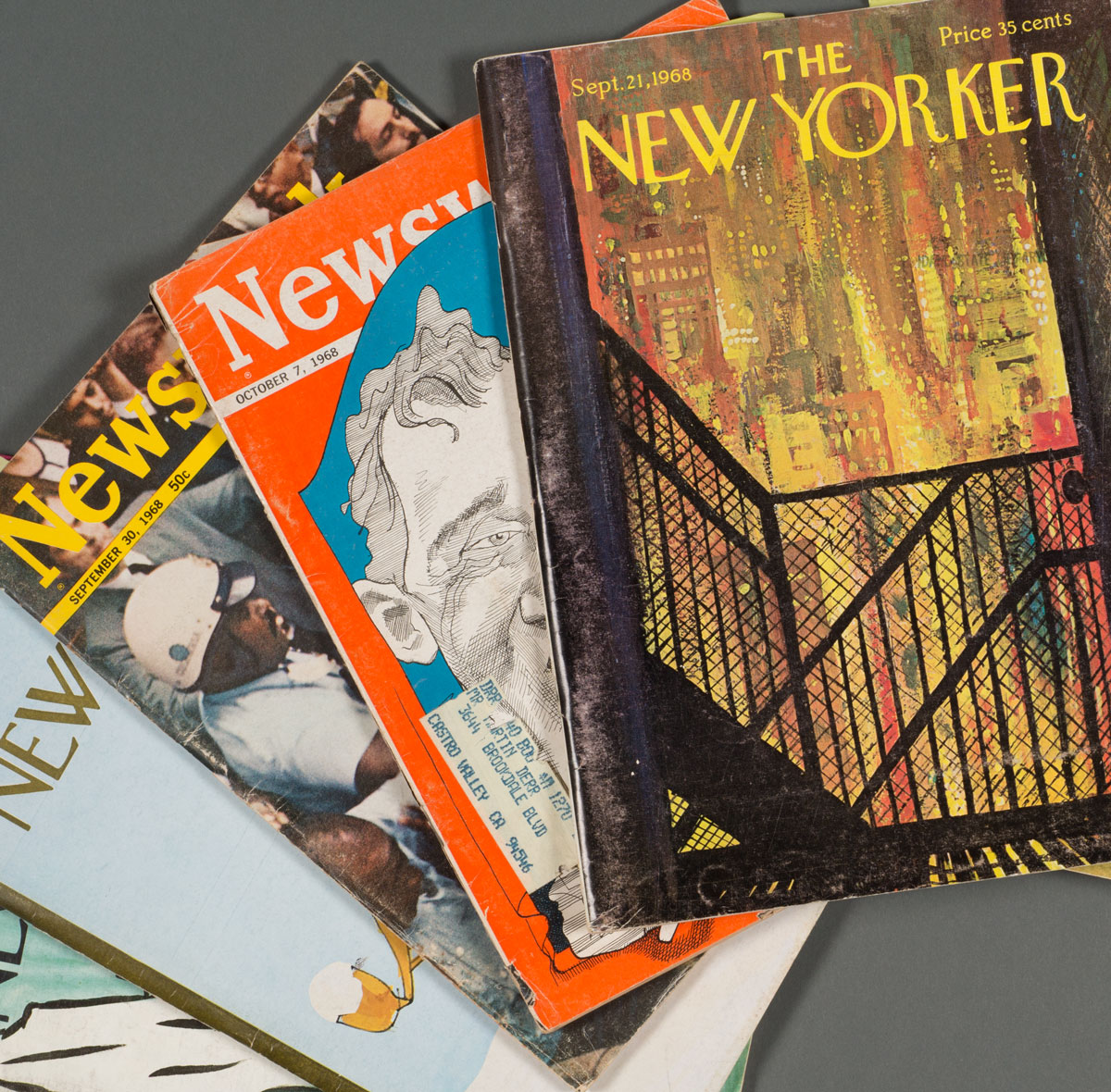 Kathryn Allison Mann was the head of research for the television series Mad Men. She mined period books, magazines, and newspapers—as well as her extensive network of New Yorkers—to ensure the historical accuracy the show is famous for. Much of Mann’s notes and original material is included in the show’s archive, recently acquired by the Ransom Center. The archive will be available for research once cataloged.

What did a normal day look like for you on set?

A normal day could be so many different things.

The list of the types of things I looked for in the script goes on—essentially, anything and everything that had bearing on reality or the period.

While I was focused on writing my research notes for a particular draft, sometimes the writers had a research question about a storyline idea they were mulling over for a future episode. In that case, I popped into the writers’ room to discuss it. But since that morning’s draft was the priority (priority determined by how close we were to shooting it), I might spend some time researching the writers’ question, if it was something I thought could be determined quickly. Otherwise, I saved the quest until research notes were completed for the script at hand.

I might also have received a call from the art, prop or costume department with a question this day. Other departments did their own research too, but they came to me if they were having trouble tracking down a particular reference, or if they thought I might have research or photos in my files already about a specific topic.

There might have also been a writer off “on script”—that is, a writer writing a first draft of an upcoming episode. I communicated with them about research questions that arose while they were writing.

At the end of the day, I sent my research notes and references to the writers’ assistant, who transcribed Matthew’s re-writes of the episode later in the evening. The assistant went through my research and the notes from the writers (also given after every draft) with Matthew as he did his re-writes.

This show is such a realistic testament to American culture of the 1960s. Were there any historical events or trends that you were particularly excited to research?

The moon landing (and events—the launch!—leading up to it) was so fun to research and map out (I made a timeline for the writers to use as a guide for the episode). Watching all of Walter Cronkite’s reporting, minute by minute, was riveting. You could sense the excitement and the optimism, and the uncertainty of whether we’d succeed—and the national pride in our accomplishment when we did. It was all very palpable. Born decades later, I felt like I was able to experience the event as it unfolded.

What kind of lead time were you provided to conduct research for episodes?

This depended. With some research-related storylines, I knew as early as my first week back for the season, when Matthew expressed his vision for the season to writing staff. In those cases, I had plenty of time to start digging into a particular event or topic. Research came up at all stages though: as the writers were breaking individual episodes, once the outline was written, and as the actual script went through various phases. For some things (usually small details), I had as little as a day or an hour; with others (usually bigger storylines), I had months.

Was there a process and/or approach you followed to execute the necessary research?

Every quest required its own approach. Some things I had a specific process for, like researching language, or figuring out which movies were playing in New York City on a certain day (via archived issues of the New Yorker). More obscure things demanded less-established paths. The process generally was the same, though: find the most definitive, reliable source, or find the most definitive expert on the topic at hand—and if it’s not revealing itself readily, stay curious and keep looking.

What are some of your favorite research resources and why?

Any source was a favorite for one reason: it was the definitive source for getting it right. I had far too many to list here, but these were some of my go-to sources:

The results of your research are now in a research library to be studied by others—the researcher becomes the researched! What are your thoughts on that?

How wonderful! I’m just happy to know other people are curious and as excited about Mad Men as I am.