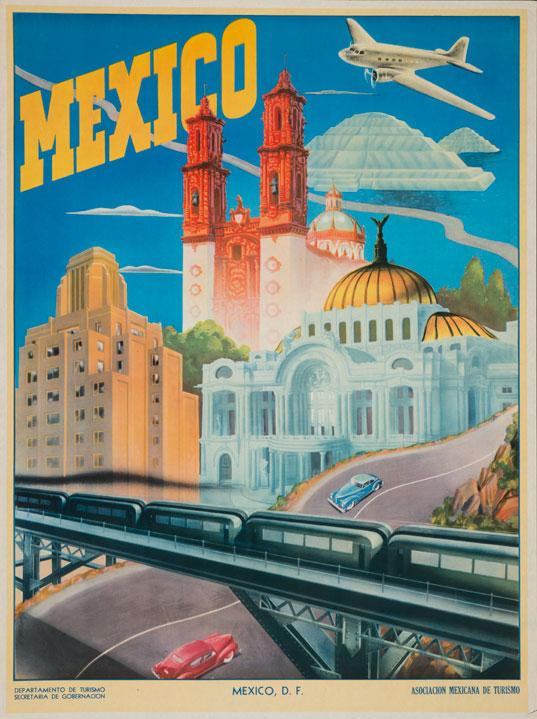 The Harry Ransom Center is pleased to share the news that we received a $17,930 grant from the Austin Community Foundation. The grant, made from the Georgia B. Lucas Foundation Fund at the Foundation, supports the Ransom Center’s upcoming exhibition Mexico Modern: Art, Commerce, and Cultural Exchange.

Opening September 11, 2017, Mexico Modern: Art, Commerce, and Cultural Exchange will showcase great examples of modern Mexican art and design and document the ways this art was broadcast to new audiences and imbued with cultural authority.

The popularity and prestige of Mexican art throughout the 1920s and 1930s was the direct result of a dynamic cultural exchange between Mexico and the United States that was centered in Mexico City, New York, Chicago, and Los Angeles. This exchange encompassed artists, such as painters Diego Rivera and Frida Kahlo, graphic designer and art historian Miguel Covarrubias, photographers Nickolas Muray and Manuel Alvarez Bravo, and jewelry designer William Spratling. Their work was championed by journalist and arts promoter Anita Brenner, curator René d’Harnoncourt, and publishers Frances Toor and Alfred and Blanche Knopf, among others. These individuals, many of whom traveled back and forth between the two nations, collectively became an important part of the historical narrative.

Mexico Modern: Art, Commerce, and Cultural Exchange will draw primarily from the collections of the Harry Ransom Center at The University of Texas at Austin and will travel to the Museum of the City of New York in 2018.